President Obama recently announced a plan to develop an Alternative Energy Research trust fund from government royalties received from the oil and gas industry for drilling on public lands and offshore. It would amount to about $200 million a year. In effect, this is a tax on the fossil fuel industry which will be passed on to consumers. It is nothing more than a carbon tax- something the Congress has outright rejected- disguised as something else. This proposal illustrates the philosophical differences between conservatives and liberals when it comes to a coherent national energy policy. Put simply, conservative solutions are rooted in reality while liberal solutions are rooted in the hypothetical. Perhaps that explains why the bulk of academia is so liberal today; the hypothetical is their realm. For example, just look at the recent editorializing by the ultimate academic do-nothing- Paul Krugman. In another area, the deficit, look at how many times he states that comparatively, the deficit as a percentage of this or that is historically low, that the rate of the deficit is decreasing over time, that “if” or “that” were to happen, then it would be even lower. My favorite is when they trot out figures that the deficit is “really” this other number when their hypothetical reality is factored in to the equation. Therefore, in the academic world of Paul Krugman and the like, our federal deficit is “really” only something like $400 million. In the real world of the conservative, over the past five years, the federal deficit exceeded $1 trillion per year and is on target for about $850 billion this year. That is reality: $850 billion. But, to the liberal, $850 billion is great since it, well… is certainly less than $1 trillion.

Getting back to the carbon tax idea, Obama blames increasing gas prices on, naturally, the oil and gas industry. He is totally ignorant of the fact that about 20% of the cost of a gallon of gasoline is fully attributable to state and federal gasoline taxes. Allegedly, these receipts are supposed to be used for transportation improvements, especially at the state level. Most states use their gasoline tax revenues towards a dedicated trust fund for road improvements and the like. In actual practice, those revenues are generally raided to use for other items on the legislative agenda, or to “balance” a state budget. One can almost guarantee that if all the funds received by the states from their gasoline tax were truly dedicated to transportation projects rather than other things, there would be enough money to fund needed projects absent major economic stimulus programs for non-existent “shovel ready” projects. That FACT alone should give Congress pause when considering this latest proposal from the president.

A look at government intervention into the energy field shows that fossil fuels remain the most cost-efficient means of producing electricity and powering automobiles. While Obama’s proposal is allegedly dedicated to developing alternate energy sources for the auto industry, it will likely spread to all energy production. For how this works in the real world, not the hypothetical world of liberals, we can look at present statistics involving energy costs in states. The majority of states today have “renewable energy portfolio mandates.” These mandates run anywhere from 10% to as high as 40%. Additionally, six states have “goals” which are not legislatively mandated. And that phrase should be the clue- “Legislatively mandated.” Alarms should sound whenever that phrase is used. So, what do these statistics tell us?

In states without mandates, the average cost per kilowatt hour is 8.44 cents while the average for states with any mandate is 10.8 cents per kilowatt hour. That is a difference of 21% cheaper energy production in states that do not mandate alternative energy production in utility portfolios. And those trends are seen across the spectrum of energy use- residential, commercial and industrial. Additionally, of the states with mandates only 14 of the 30 states have met the mandate or are on target to meet the mandate by the proscribed year in the legislation. Of those 14 states, only three are attributable to wind/solar energy production while four more are attributable to hydroelectric energy production. Hydroelectric production is pretty stagnant since there are fewer rivers left to dam and those that do exist will likely meet with major environmental opposition. That leaves three options- wind, solar and geothermal. But, the figures prove that solar and wind energy have not had a major impact except in ONLY three states (Texas, Minnesota and Iowa). 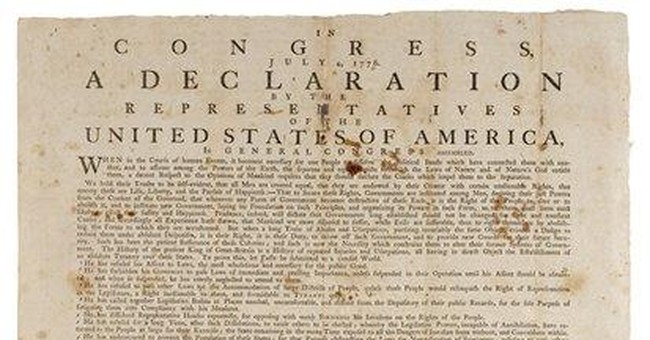 In terms of corporate taxes, the three largest payers are Exxon, Chevron and Conoco-Phillips, all three oil companies. Collectively,they paid over $55 billion in taxes. In 2007, the last year we currently have for statistics, they paid an additional $9.4 billion in royalties to the United States government alone. That is over $64 billion paid to the federal government. Now, throw in an additional $156 billion annually spent on infrastructure improvements WITHOUT help from the federal government AND the fact that the industry employs some 9.2 million Americans, one can clearly and realistically see that oil company contribution to the general and fiscal welfare of the country is substantial. In fact, Obama likes to raise the fact that his policies have created so many consecutive months of job growth. What he fails to mention is that about 10% of those jobs were created in the energy sector no thanks to his policies and, in fact, IN SPITE of his policies.

Liberal attacks on “Big Oil” (why do they always throw “big” in front of things they oppose?) ignore certain realities grounded in objective facts. For example, in 2011, the profit margins for oil companies averaged 11.5% which ranked them 7th among major industries. Ahead of them were financial data, railroads, medical products, pharmaceuticals, the Internet, and communications sectors. Yet, other than “Big Pharma,” which Obama climbed in bed with during the Obamacare debate, we do not hear anything about “Big Internet” and windfall profit taxes on Apple or Microsoft or Google. We don’t hear about Big Communications with windfall taxes on Hollywood producers or cable companies. When an industry has an effective tax rate of 44.3% and an industry contributes over $86 million A DAY to the Federal treasury, one can safely assume they are paying their fair share. What disturbs liberals is the amount left over- the profits which they decry as “obscene.” Again, they ignore the fact and the reality that this “obscenity” is despite their policies. While I agree that perhaps the industry does not need special federal help through subsidies and tax breaks, they likewise do not need the onus of additional taxes.

What they especially do not need is a further diversion of the taxes and royalties they pay being diverted to an industry in direct competition with them especially for dubious results that would not stand but for the diverted subsidies that industry would receive from the government. For example, would the government dare divert money from the taxes a company like Microsoft or Google pays in order to develop a new search engine for your computer? Or how about diverting some tax money from Hollywood gate receipts to pay for propping up failing newspaper outlets? Consider the fact and the reality that Congress has documented the fact that this government under Obama has essentially wasted over $14.5 billion in a single year on alternative energy projects that went bankrupt. According to the Heritage Foundation, as of November 2012, 34 alternative energy companies that received federal aid through grants, subsidies or guaranteed loans have failed. Even more egregious is the fact that 21 of these companies received more than $20 million from the government. The debacle of both Solyndra and Fisker are only the most noticeable of the group. Together, they essentially squandered over $1 billion in taxpayer money. But they are merely the tip of the failure iceberg. As Mitt Romney correctly noted during his campaign, the Obama Administration is notoriously good at picking losers when the government interferes in the energy free market.

No one should have a problem with oil companies paying an effective tax rate of 44.3% and royalties on top of that. After all, at the end of the day, they seem to be doing quite well in terms of profit, infrastructure improvements, capital investment and job creation. And if some of that revenue is being legislatively diverted to land reclamation projects or deficit/debt reduction, then all the better for it. But, if that diversion of financial federal resources is going to an industry that cannot survive on its own except in very few instances, then it is simply a doubling down on previous Obama failures in this area.

To fully illustrate liberal stupidity, I would be remiss not to mention this goofy proposal out of my home state of New Jersey. One could consider it an Anti Anti Carbon tax. State Senator James Whelan is proposing a “tax” on car registration fees when those registrations are renewed. The applicant would have to declare the mileage on their odometers and then pay a fee of .08 cents per mile. For example, if I drove 20,000 miles in a year, I would have to pay a $54 renewal fee plus an additional $16 for the mileage. The reason according to Whelan? Automobiles which are fuel efficient- those very vehicles that Obama is pushing and subsidizing and wants to double down on with his most recent proposal- are filling up less and, thus, paying less in gasoline taxes. These fees would make up for the lost in gasoline tax revenues. That in a nutshell illustrates the hypocrisy, stupidity and “living in the hypothetical” of the liberal mind.

Marita Noon: 2007–a great year for growing bad legislation like the ethanol mandate 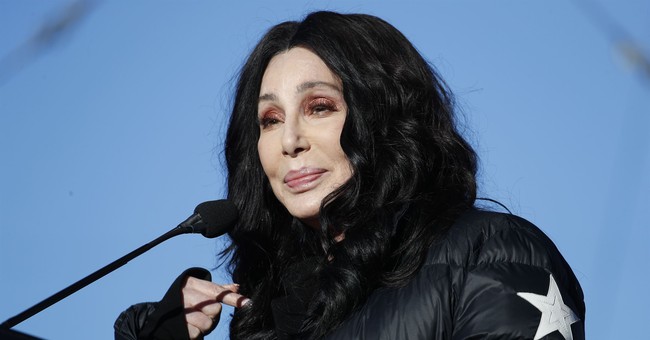