Today, the Supreme Court announced that they will refuse to hear the case out of New Jersey regarding sports betting.  This essentially shuts the door on New Jersey’s ability to enact sports betting legislation through the judicial process.  Instead, if they wish to have sports betting, they must now resort to the legislative process- a position I argued all along- but one the state likely will not undertake since they know it is a losing proposition.

The three cases before the Supreme Court that were rejected all basically argued the State’s side from the Tenth Amendment and, more specifically, the so-called “anti-commandeering” doctrine.  This doctrine basically asserts that no law of the federal government can essentially usurp the legislative process or the legislature of a state.  It is a rather straightforward federalism question.  This doctrine arose out of a previous case regarding the removal of toxic waste under a federal mandate imposed on the State of New York.

New Jersey is asserting that a 1993 law- the Professional and Amateur Sports Protection Act (PASPA)- violates this doctrine by prohibiting the state from enacting sports betting in contravention of the legislature and the will of the people of New Jersey.  In fact, New Jersey voters approved a referendum to allow sports betting at Atlantic City casinos and racetracks.  Going back to 1842, the Supreme Court ruled that the federal government could not force states to implement or carry out the Fugitive Slave Act.  If it is a federal law, the federal government must enforce it.  The 1992 case out of New York involved low level radioactive waste.  The law at issue offered the state two equally coercive choices- take possession of and deal with the waste, or regulate it according to federal regulations.  In the 6-3 majority decision, Sandra Day O’Connor wrote:

As an initial matter, Congress may not simply commandeer the legislative processes of the States by directly compelling them to enact and enforce a federal regulatory program…. While Congress has substantial power to govern the Nation directly, including in areas of intimate concern to the States, the Constitution has never been understood to confer upon Congress the ability to requires the States to govern according to Congress’ instructions.

In 1997, the Supreme Court struck down provisions of the Brady Handgun Bill that required sheriffs- agents of the state government- to perform background checks.  Scalia wrote that the law forced state officials to participate in a federal regulatory scheme.  Most recently, in 2012 Justice Kennedy in Independent Businesses vs. Sebelius struck down a portion of the Affordable Care Act that punished states which refused to expand Medicaid by withholding funds.  That decision ruled that Congress cannot use its spending power to “coerce” states into adopting a federal regulatory program either.

Thus, it would appear that New Jersey may have some constitutional backing in their cause here.  However, if we look at those cases in every one of them there was an affirmative duty placed upon the states to do something in compliance with the federal law.  In 1842, states were compelled to return fugitive slaves to their rightful owners.  In 1992, states were compelled to take possession of radioactive waste (or deal with it in a manner proscribed by Congress with no other options).  In 1997, states were compelled to have their county sheriffs perform background checks for gun purchases.  And in 2012, states were compelled- albeit indirectly under threat of loss of Medicaid funds- to expand a state-federal program.

The federal government and the respondents in these cases out of New Jersey- the NCAA, MLB, NFL, NBA and NHL- argue that New Jersey is not being compelled to do anything.  They are prohibited, like all other states, from allowing sports betting just as all states are prohibited from certain discriminatory actions in hiring or any other area.  In effect, the New Jersey side is arguing for an expansion of the anti-commandeering doctrine from “affirmative” mandates placed on states to include “negative” mandates placed on states.

Unfortunately for New Jersey, their case is not as strong as some might think despite the four cases cited in their defense.  To start with, expansion of the anti-commandeering doctrine could have major implications beyond the area of sports betting.  In areas where Congress has the enumerated right to regulate, federal law takes precedence over state law under the Supremacy Clause.  PASPA was enacted under Congress’ enumerated right to regulate interstate commerce.  Early in these lawsuits, New Jersey conceded that point so it is not even on the table.  In these areas, which the state concedes the federal government can regulate, a state cannot pick and choose which laws its wishes to acknowledge.    Ignoring what amounts to outright bans could have serious implications.

The state contends that the federal government can regulate the behavior- in this case, gambling on sporting events- on individuals, but not states.  There is a shred of truth to this statement.  For example, federal law cannot step in and tell Colorado they cannot allow the sale of recreational marijuana, but it can certainly prosecute any retail outlet in that state and anyone in possession of marijuana.  Because it chooses not to because of prosecutorial discretion in no way negates the federal law against marijuana.

In one of three cases for consideration- Christie vs. NCAA, et. al.– the State argues that the law violates the Equal Protection Clause of the 14th Amendment as well as the 10th Amendment.  In short, this suit argues that the people of New Jersey are being treated differentially under federal law since PASPA allows sports betting in the four states that were grand-fathered in under the law- Nevada, Oregon, Montana and Delaware.  At the time, those states either allowed sports betting or had constitutional or statutory provisions on the books (although only Nevada actually had sports betting at the time).

The problem with this argument is that the bill’s author at the time, New Jersey Senator Bill Bradley, had enacted a provision specifically worded to affect only New Jersey.  That provision allowed an 18-month window of opportunity to the state to enact sports betting in the state.  New Jersey, because of budget politics, failed to do so and the window closed.  If anything, New Jersey in 1994 when the law went into effect was granted specified preferential treatment and other states that now allow casino gambling would have a case that they are now being treated unequally.

One cannot fault New Jersey for at least trying to challenge this law.  However, although they think otherwise and they have devised an interesting argument, they actually stood on shaky constitutional ground.  Obviously, there is money to be made from sports betting and New Jersey has actually enacted a strong regulatory framework for that eventuality.  But if the Supreme Court had taken any of these cases for the October 2014 term and if they decided in favor of New Jersey, the state would not necessarily have a competitive advantage except in the sense of time.  Although they would likely get sports betting up and running before any neighboring state with casino gambling, New Jersey would be foolish to believe that those states would not soon follow suit.  Thus, any competitive advantage would be short-lived.  If PASPA was struck down under the Tenth Amendment, then not only New Jersey, but every State would be allowed to enact sports betting.  This is not an “applies only to us” proposition.

From a personal standpoint, I have no opposition to sports betting.  Although there are scandals, they are few and far between.  The law was enacted in a reactionary fashion to just such a scandal.  However, from a purely legal and constitutional standpoint, I do not believe the state had a leg to stand on.  Instead, this effort by New Jersey is akin to a liberal tactic of using the courts to achieve what you cannot achieve legislatively.  Putting one’s finger in the political waters in DC and realizing there is no groundswell of opposition to PASPA, the state now resorts to the courts to achieve their goal.  This is the gay marriage conundrum in reverse: the people of the state directly or through their elected officials ban state recognized gay marriage and the courts overturn the will of the people.

In the end, had the Court accepted these cases and ruled in New Jersey’s favor, it had the potential to seriously alter established Tenth Amendment constitutional jurisprudence.  The best option was to deny hearing these cases and force New Jersey to make their case through the legislative process. 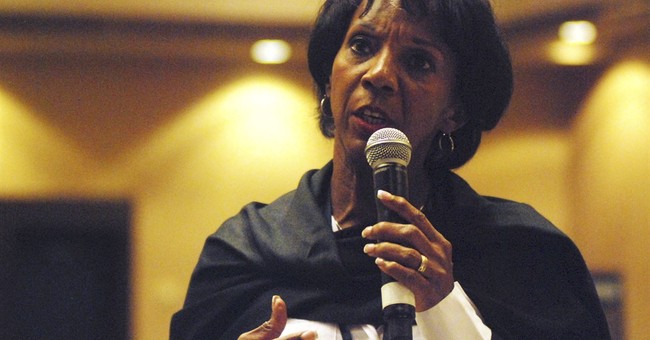 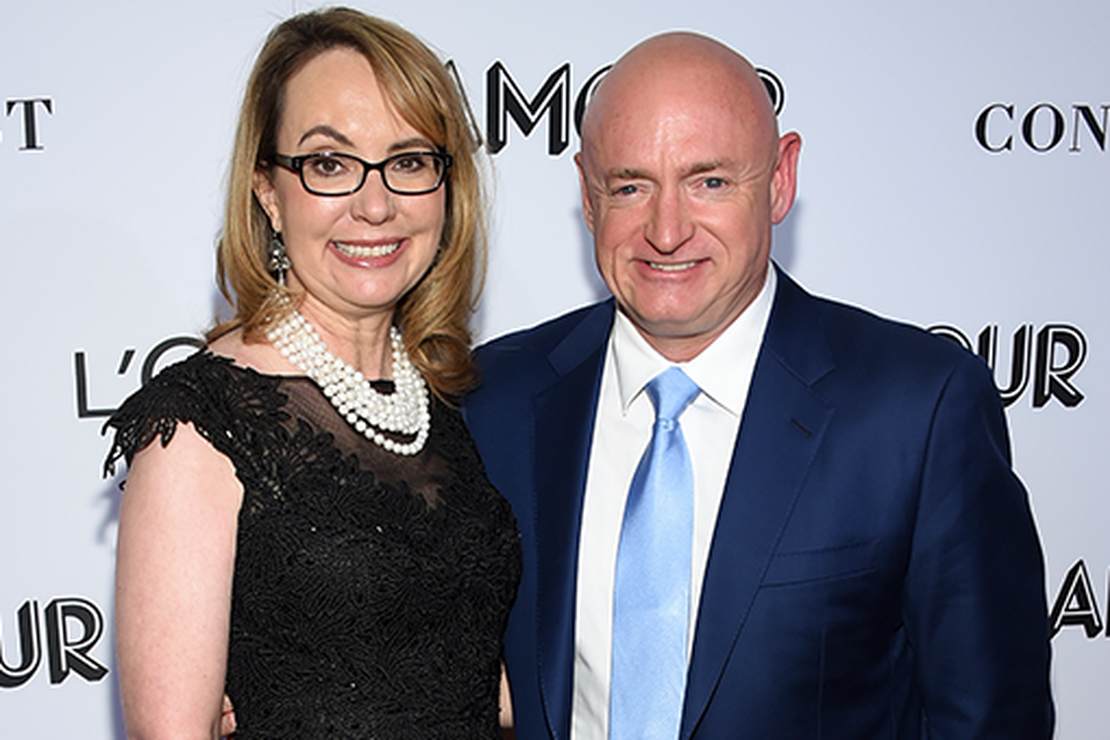