A Case Not Taken

On October 15, 2019, the United States Supreme Court announced its order list.  This document lists cases that are granted cert to be heard by the Court, calls for views of the Solicitor General in pending cases, and the denials of cert.  It takes four justices to grant cert.  Once granted, the case is scheduled for oral argument and possible subsequent briefs on the cases.  One case not granted cert, without comment, was Arnold vs. Wood.

The facts of this case are thus: An 11th-grade student in Maryland was, under Maryland law, required to take a course in World History.  As part of a unit on Middle Eastern empires, the Muslim world was part of the curriculum.  According to undisputed testimony, the teacher said, “…most Muslim’s faith is stronger than the average Christian.”  Students were assigned a worksheet to fill in the blanks regarding the Five Pillars of Islam.  One question stated: “There is no God but Allah and Muhammed is the messenger of Allah.”  One student, Caleigh Wood, brought the lesson to the attention of her father who complained about the questions.  According to school officials, students could be offered an opt-out substitute assignment.  Caleigh received no credit for the assignment and its effect on her final grade is in dispute.  Caleigh’s father complained to the school officials and later made anti-Islamic and somewhat bombastic statements on Facebook.  The school sought and was granted a No Trespass order against Mr. Wood.

There are two issues in this case as alleged by Wood.  With regards to the father, he is claiming that his First Amendment Free Speech rights are being violated given the No Trespass Order against him.  On Facebook, he used not only profanity-laced comments but some that could be construed as “threatening.”  The principal and vice-principal, who had phone conversations with Mr. Wood, testified they felt threatened and his profanity-laced tirades led them to believe there was no resolution to the issue.  Hence, it is understandable that school officials would feel threatened.

The second issue is the Establishment Clause considerations.  The student in question argued and testified she could not complete the assignment since it violated her Christian beliefs.  While it is obvious that a World History course would be remiss not to include a survey of Islam and its impact on the Middle Eastern world, delving into the actual religious beliefs of practitioners is a bridge too far.

While the Left may celebrate the Court’s refusal to take this case, it stands in direct contradiction to their stances when it comes to their belief that any examination of Christian beliefs cannot be present in any American classroom.  The divinity of Christ, the story of the resurrection, and other tenets of Christian belief are absent from World History courses.  In fact, in most world history courses, when it comes to Christians, belief is absent and a list of horribles is presented.  Christians persecuted others, Christians destroyed native people in Africa and the New World, and the Christian Crusades to retake the Holy Land (itself taken by military force by Islam) was a travesty of major proportions.  Throw in some stories about the Inquisition and how Muslims in Iberia were brutally chased out by Christians Ferdinand and Isabella, and you get the drift.

Compare this with a story out of Chatham, New Jersey.  There- under the guise of a 7th-grade course in Cultures and Geography- students were forced to watch a disturbing set of videos on Islam.  In one 5-minute video, it asserts that Allah gave Mohammed the Quran, the Quran is a perfect guide for humanity, the Quran is a divine revelation, and in a galling proclamation, “…Islam is a shining beacon against the darkness of repression, segregation, intolerance, and racism.”  The video ends with “May God help us find the true religion, Islam.”  (The video itself can be viewed here.)

Imagine if a video was shown in a 7th-grade classroom stating that Jesus Christ is the Son of God, that he was born of the Virgin Mary, that the New Testament is a perfect guide for humanity and ended with a proclamation that everyone finds the true religion, Christianity.  An army of lawyers from the ACLU and CAIR would have been all over that school in Chatham.

If there is to be this mythical “wall of separation” between church and state, then the phrase “church” extends to temples, synagogues, and especially mosques in this case.  Instead, this is a seemingly benign example of sharia law infiltrating the school system.  Except it is not benign.  Under sharia or any teachings of the Quran, there is no equity or social development.  Both concepts are neutered under Islam.

As 1,400 years of history has proven, Islam is a theocratic system.  With Allah at its head, there is no room for rational thinking that conflicts with the ruling body.  However, we have tipped the scales where there now exists favoritism when it comes to some religions and the banishment of others when it comes to teaching world cultures, geography, or history in public schools. 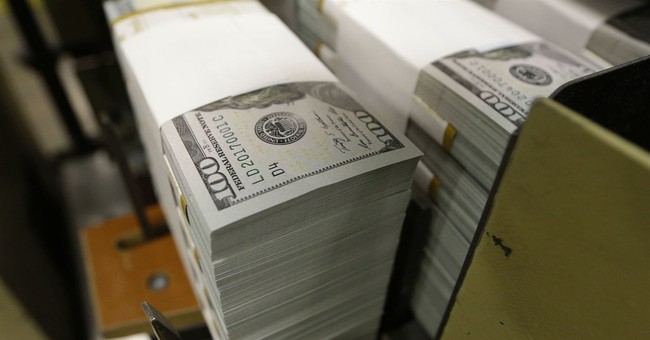