In an apparent effort to gain favor with minority groups, Mayor Pete has been in the news lately and not all of it is good.  Over the Christmas season, he noted that “Jesus was born a refugee.”  This was a sad attempt to somehow place the birth of Christ on the same plane as refugees trying to enter the United States.  Never mind the fact that Jesus was not a refugee but for the short period when the Holy Family fled Israel to avoid Herod’s wrath, He very much had a home named Nazareth where he spent a huge chunk of His life.  That is not the definition of a refugee by any stretch of the term.

Lately, video has surfaced of the good mayor in 2014 proclaiming that our Founding Fathers somehow failed to understand that slavery was bad.  It appears that Mayor Pete was five years ahead of the New York Times’ revisionist history known as “The 1609 Project.”  For those unaware, that little tidbit of nonsense attempts to characterize all of American history through the lens of slavery and civil rights.

Said Mayor Pete, to a group of school children no less:

The framers were wise enough to realize that they didn’t have all the answers and that some things would change. A good example of this is something like slavery – or civil rights. It’s an embarrassing thing to admit, but the people who wrote the Constitution did not understand that slavery was a bad thing and did not respect civil rights.

Yikes!  It makes little difference whether he said this in 2014, during a presidential campaign in 2020, or in the year 2057 since it is patently false. 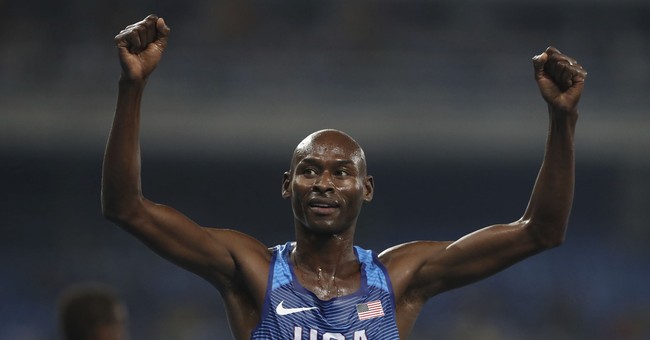 We know from numerous original sources- primarily the notes kept by James Madison at the Constitutional Convention in Philadelphia- that slavery was perhaps the most hotly contested issue at that time.  By the midpoint of those hot summer days, Madison wrote that the differences in correcting the Articles of Confederation that transformed into a Constitution was not between the large and small states but between the Northern and Southern states and that the institution of slavery was the main culprit.

Some may note that although Madison recognized the underlying problem, they did nothing about it.  That is sort of true (read on), but to assert that many of the participants did not know slavery was a bad thing is simply untrue.  Madison, who most attribute the the authorship of the Constitution, had this to say: “We have seen the mere distinction of color made in the most enlightened period of time, a ground of the most oppressive dominion ever exercised by man over man.”  Sounds like he knew slavery was a “bad thing.”  At one point, Gouverneur Morris called it a “nefarious institution.”

On the issue of slavery, there were three key compromises: the famous three-fifths compromise that alleged scholars to this day still misinterpret, the slave trade, and fugitive slaves.  The document does not mention slaves or slavery by name.  Even here, Buttigieg and the revisionist historians get it wrong.  The Constitution, in references to slaves, does not refer to them as “property,” but instead as “persons.”  This is not some minor distinction written into the document, but a deliberate note that slaves were human beings.

As for the three-fifths compromise, Alexander Hamilton correctly notes during the ratification debates in New York that it was a necessary compromise for apportionment purposes lest the Southern states- that insisted on counting slaves as whole “persons-” gain disproportional representation.  He further noted in one speech that slaves were not to be considered property: “They are men, though degraded to the condition of slavery.”  Sounds like Hamilton knew slavery was bad.

In 1786, George Washington wrote a letter expressing his wish that any attempt at the formation of “a more perfect Union” would adopt a plan to abolish slavery.  A decade later, he was expressing his wish that Virginia would abolish slavery given that the new Constitution did not.  Sound like George Washington knew slavery was a “bad thing.”  Another delegate to that Convention, Benjamin Franklin, was a staunch abolitionist calling slavery “…an atrocious debasement of human nature.”  Again, it sounds as if Franklin knew slavery was a “bad thing.”

The list could go on- John Jay, who became the first Supreme Court Chief Justice, called upon emancipation of slaves way before Lincoln, John Adams called slavery a “foul contagion” that needed to be abolished, and yes…even Thomas Jefferson whom the Left holds up as the ultimate hypocrite in this area as they attempt to tear his statues down wrote in the negative about slavery.

But, one may point out, weren’t many of these voices with strong opinions against slavery owners of slaves?  No one denies this historical fact.  It was a far easier task to decry the evil of slavery than come up with a prudent plan to get rid of it since it was, at the time, a widespread practice not even intrinsic to the new Republic.  They realized that the evil of slavery was unambiguous.  They were equally befuddled about what to do about it.

We, through historical hindsight, know what was eventually done as proven by the loss of 620,000 lives in a bloody and brutal Civil War.  That is one American dead for every six slaves freed.  Our Founders were not the villains the revisionist historians make them to be, or as Mayor Pete said did not realize slavery was a “bad thing.”  It is easy in hindsight to espouse such a view ignorant of the realities of the 18th century when the world saw nothing wrong with slavery and to this day is still practiced in many places around the world.

Mayor Pete can say such things because he is historically ignorant and the objects of his ignorance are long gone.  Fortunately, we have their words and, in many cases, their actions when it comes to slavery.