Three World Leaders Who Get It

The three greatest Judeo-Christian nations on the earth are Israel, the United States, and Russia.  The recent attacks on statues that have garnered so much attention and commentary here and elsewhere are an attack on that tradition.  Despite what some knuckleheads write regarding the 1619 Project, this country was founded on religious liberty.  Sure, Europeans came here seeking gold and riches and Jamestown, for example, was not established based on religious liberty, but religious freedom was a by-product of most settlements- most obvious in Pennsylvania and Rhode Island.  It is why every early state constitution included a religious freedom clause.  It is why “established religions” became a relic quite early in the 19th century.

Most of the protesters in the US destroying statues and other items (like names on schools) are idiots who do not know what they are protesting.  That is most obviously demonstrated by people attempting to destroy statues of people having nothing whatsoever to do with slavery or the Confederacy.  They are waging a blind war on history and going about it stupidly which is to be expected since most of them are illiterate when it comes to history.

The first is Israeli prime minister Benjamin Netanyahu.  There have been many a disparaging article published about him on the Left, and occasionally on the Right.  He is often portrayed as an impediment to peace in the Middle East since he will steadfastly refuses to negotiate with or acquiesce to the demands of Palestinians.   He realizes that giving into demands to retreat to their pre-1967 borders, as the Obama administration pushed, would be national suicide where the majority of the population would be forced onto a coastal plain only eleven miles wide at some points.  Netanyahu may be every pejorative term hurled his way, but he is a leader who puts his country first.  It explains why his relationship with Obama was strained and tenuous.  But there is the objective fact that Israel is the only functional true democracy in all of the Middle East.  One flashpoint between Israel and the Palestinians is the fate of Jerusalem and one other fact is that Jerusalem under Israeli rule is infinitely more secure with more religious freedom than would exist in a divided city.

A second leader who gets it is Donald Trump here in the United States.  He may not be the orator and he is no “great communicator” like Ronald Reagan, but everything he does is with the intention of putting the interests of the United States- the country of which he is the leader- first.  Be it noting how previous trade deals sold out the United States and shipped jobs overseas, especially with respect to China, or his recent and much-appreciated crackdown on protesters out to destroy statues, President Trump may be many things to different people, but the one thing he cannot be accused of is hating his country.  One could say it is a love of his country that motivates him.  Further, that love is what made America great in the first place- its Judeo-Christian heritage.

When this writer first heard the term “Make America great again,” I was quizzical.  I thought the country was already great.  But then, it became apparent that Trump was talking about was the previous eight years of Obama which had taken domestic spying to new levels, that had broken long-held bonds with Israel, that sold out the US to Iran for the sake of a foreign policy legacy, and so many other transgressions.  To a lesser extent (or maybe, greater), it was the selling out of Conservatism, Inc. where the talking head pundits were more concerned about invitations to cocktail parties and speaking engagements on CNN.  One thing is unmistakeable: making America great again entails a return to our Judeo-Christian heritage.

The final person- and one that may surprise people- is Vladimir Putin.  This writer has studied the good, the bad, and the ugly when it comes to Putin.  My appetite is ravenous on the subject.  While many state, “once a KGB man, always a KGB man,” that does not accurately describe him.  After all, he was nothing but a collector of open-source information in a KGB backwater like Dresden- not in any position of great power or influence.  His tenure as a KGB agent in East Germany was not stellar and he was barely head of the FSB before Yeltsin elevated him to prime minister and heir-apparent.

What motivates Putin is the heartfelt love for his country and its values- its Judeo-Christian values, although they run more deeply conservative than those in the United States.  When Putin lamented the loss of the Soviet Union, most people misread that statement.  He was not pining for the days of a return to Communist rule.  He defeated a Communist to become president of Russia in 2001 as the Communist Party, despite the collapse of the USSR, was still the most viable opposition.  Instead, he lamented the loss of stature Russia suffered in the world.  He also famously stated: “Anyone who does not regret the passing of the Soviet Union has no heart.  Anyone who wants it restored has no brains.”

From everything this writer has read and watched about Putin, it becomes apparent that he, Netanyahu and Trump share one glaring thing in common.  They are rejected by the liberals and embraced by the conservatives.  In Russia, Putin is generally disliked among the liberal, cosmopolitan Muscovites, but loved among the rural people, or the Russian equivalent of “flyover country.”  Why?  Because like Trump in the United States, they represent or endorse traditional values which are based on a Judeo-Christian mindset.  Netanyahu has no “flyover country,” just differing factions of Jews, but one can rest assured that the more rural areas of Israel like him more than the city-dwellers in Tel Aviv.

Putin must be thinking, after watching recent events unfold in the United States, if this is what liberal democracy entails- riots, occupations of parts of cities, looting, tearing down statues, etc.- then one can take this new line of thought and shove it wear the sun doesn’t shine.  Putin may be many things: a ruthless autocrat, corrupt, a killer, an interferer in foreign elections (what leader doesn’t?) and a host of other bad things.  But one thing he, like Trump, cannot be accused of is hating his country or transforming his country into some anarchic “liberal” dystopia.  He may be brutal and cunning in his repression and do things that Trump would and could never do here, but it is love of country- its security, its integrity, its heritage, and its history- that all three leaders share.  Does that make them bad people?  If so, then that makes me a bad person. 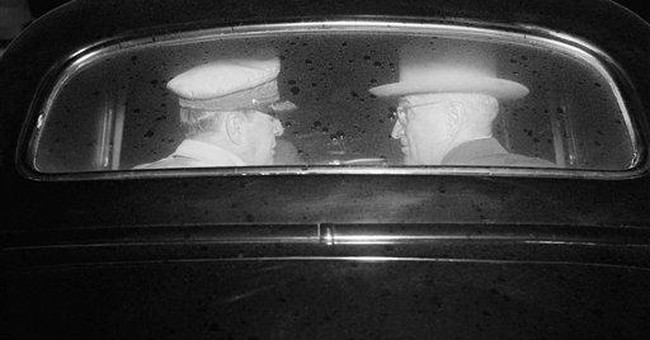