The Very Strange Case of HAMMER, Part 2: Smears and Proof?

The government refuses to acknowledge the presence or existence of anything called the HAMMER.  There also seems to be an attempt by some within the government to portray Montgomery as a fraud and his technology as a hoax and, to be fair, Montgomery’s actions have not always been above-board.  He has associated with some shady individuals in his past in business deals.  However, there does also appear to be a concerted effort by some within the government at the time to smear the name of Montgomery for some reason.

Wired magazine profiled Montgomery as a swindler and fraud in a 2009 article.  The following year, Playboy did the same.  The New York Times likewise profiled him in a negative light in 2012 in an article penned by James Risen and Eric Lichtblau.  Risen has an interesting background at the newspaper as he was the first investigative journalist to break the story about the NSA Stellar Wind program.  He won a Pulitzer Prize in 2006 for his reporting.  While researching his book, “State of War,” his contacts with a CIA operative, Jeffrey Andrew Sterling, was monitored by the government.  Eric Lichtblau was also an investigative reporter at the Times and has since moved on as part of CNN’s investigative reporting team.  He also wrote a book on the Bush administration’s wiretapping efforts. Additionally, he wrote articles on the Alfa Bank, a Russian institution closely linked to the Kremlin, that allegedly had ties to candidate, businessman, and President Trump.

Despite the allegations of fraud and Montgomery’s technology being manipulated, the government continued to contract with him.  By 2007, Montgomery found a new financial backer- Edra Blixseth- a billionaire with political connections among Republicans.  In fact, it was she who set up a meeting with Jack Kemp.  Kemp then set up a meeting at the White House between he, Montgomery, Blixseth, and an aid to Cheney- Samantha Ravich.  Ravich was noncommittal and never got back to them.  This prompted Montgomery’s lawyer to send an angry letter to Dick Cheney.  In the interim, the Air Force gave Montgomery a $3 million contract despite reservations from the CIA about Montgomery.

What is interesting here is that despite all these accusations of fraud, manipulated evidence, falsification of documents, and his technology resulting in hoaxes and dead ends, Dennis Montgomery continued to receive government contracts.  Further, Dennis Montgomery has never been charged with any crime associated with any of the accusations against him.  He has not entered into any “consent decrees,” nor has he returned a single dollar to the government, and they have not asked him for any money back.  So, what is going on here?  Most importantly, does or did HAMMER exist?

There does seem to be some evidence and it comes from WikiLeaks.  In a document dump, among other programs, was a reference to something called HAMR.  When the documents were released, many questioned their authenticity.  However, Edward Snowden said they were real since many of the references were known only to NSA and CIA personnel.  Montgomery noted that HAMR was a CIA-created plugin that could be used with the HAMMER supercomputer system before WikiLeaks released the documents.  This indicates Montgomery was aware of a CIA tool before it was made public by WikiLeaks, thus lending some credence to Montgomery’s claims.

Montgomery claims that after the data obtained through HAMMER, a problem of storage arose.  He claims that the problem was resolved when Lockheed-Martin won a contract to house a new supercomputer that could store the information in Los Angeles.  At the time, the Senior Vice President and General Counsel for Lockheed-Martin was James Comey who had retired from the Justice Department earlier to assume the private sector job. Then sometime in 2009, according to Montgomery, the entire operation was transferred to Fort Washington outside Washington, DC.  This facility had previously housed CIA/NSA capabilities under John Poindexter during the Bush administration.  He claims this was at the direction of James Clapper.

This writer is fully aware that this diary entry includes a lot of “he claims” or “Montgomery claims” comments.  And I am fully aware that this borders on conspiracy theory.  But, there are too many coincidences to discard out of hand.  Between the people involved, the actions of the government- the fraudulent FBI search warrant, monitoring deposition questions, denials, etc.- and the apparent concerted smear campaign, the scales tip towards Montgomery, despite his sometimes ethical lapses.  The timing of the articles in Wired and Playboy disparaging Montgomery occurred in 2009 and 2010 during the Obama administration which retained Clapper and Mueller, and hired Brennan.  As one will see later in this series, the Obama administration had a penchant for smearing people to “bloody the waters.”

Montgomery’s HAMMER system will make a reappearance later as the plot inadvertently thickens and directly implicates Trump, so stay tuned.  Before getting there, however, there were other events happening during the Bush administration that require discussion.

Next:  Bush, Putin and the Iranians

'This is not a show of confidence': Even New York Times correspondent thought Joe Biden and Kamala Harris shouldn't have ducked out on questions 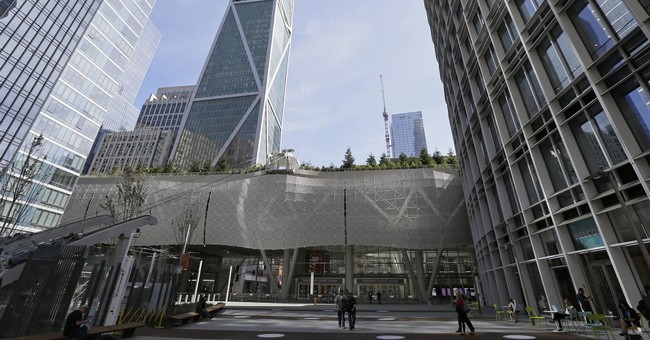