“Governor Palin appointed Ashton Compton to the University of Alaska Board of Regents” (Appointments, 2009, ¶2).

The 11-member Board of Regents governs the statewide University of Alaska system; formulates university policy, and appoints the University’s president. By law, one member is a full-time student of the University, appointed by the governor from a slate of candidates selected by student election at each of the university’s campuses. Student regents serve a two-year term, compared to the eight-year term of other regents (Appointments, 2009, ¶3).

Compton, of Fairbanks, is a junior political science major at the University of Alaska Fairbanks (UAF). She has worked as a program assistant for UAF Student Organizations since 2008. Compton has also worked as a page and assistant sergeant-at-arms for the Alaska State Legislature from 2005-07 (Appointments, 2009, ¶4).

Compton is a member of the Golden Key International Honor Society, the National Society of Collegiate Scholars, and the Two Rivers and North Star Grange organizations. She is co-founder and president of the Red Cross Club of UAF, and performs volunteer service with the Fairbanks Red Cross, Habitat for Humanity and the Alternative Spring Break and Youth Service Opportunity programs. She was born in Fairbanks, and attended schools in Alaska and Idaho. Her appointment represents the first time the Board of Regents has included a student from the UAF campus since 2002 (Appointments, 2009, ¶5).

“It is a pleasure to appoint to the Board of Regents an outstanding young woman who was not only born in Fairbanks, but who has returned home to pursue her education at the leading campus of the University of Alaska system,” said Governor Palin. “Ashton Compton’s dedication to service is manifested by her involvement in university organizations, her service in the state Legislature, and her volunteer work in her home town. I have every confidence she will represent her campus and community well as a University regent” (Appointments, 2009, ¶6).

The seven-member Board of Fisheries is responsible for conservation and development of the state’s fishery resources by setting seasons, bag limits, methods and means for the state’s subsistence, commercial, sport, guided sport, and personal use fisheries. The board sets fishery management policy, and makes the allocation decisions which the Department of Fish and Game must carry out through its management of fishery resources (Appointments, 2009, ¶8).

Johnson, of Clam Gulch, is a lifelong commercial fisherman who has been a salmon setnetter for most of his life. He has worked as a salmon and herring seiner and halibut longliner in Cook Inlet, and as a salmon seiner in Prince William Sound. Johnson has been active in fisheries management issues, having served more than a decade on the Kenai-Soldotna Fish and Game Advisory Committee from the early 1990s to 2002, the last two years as chairman. He was a member of the Cook Inlet Aquaculture Association board of directors from 1988-2001, and rejoined the board as president in 2005. Johnson is a past president and board member of the Kenai Peninsula Fishermen’s Association. His appointment represents the first appointment of a Cook Inlet commercial fisherman to the board since 1975 (Appointments, 2009, ¶9).

Johnson has served on the Kenai Peninsula Borough Planning Commission since 1997. He has also been president of Kasilof Regional Historical Association since 2005, and president of the Kenai Peninsula Historical Association since 2008. Born in Seldovia, he graduated from Ninilchik High School in 1973. He was appointed to a public seat (Appointments, 2009, ¶10).

Johnstone, of Anchorage, is a retired Superior Court judge who has been an active sport fisherman in Alaska since 1967. He fished commercially for salmon in Bristol Bay and herring in Prince William Sound and Southeast Alaska in the 1980s. Johnstone earned a bachelor’s degree in business and a law degree from the University of Arizona. He practiced law until 1979 when he was appointed Superior Court judge. Johnstone was appointed presiding judge of the Third Judicial District in 1990 and served in that position until his retirement in 1996. He has since had a limited practice as a lawyer, mediator and arbitrator. Johnstone was reappointed to a public seat (Appointments, 2009, ¶11).

Governor Palin has now appointed 39 people to boards and commissions this year, not counting two judicial and one State Senate appointment (though the latter was unfortunately not confirmed). In the three months that have passed this year, this is an average of five hiring decisions every two days. 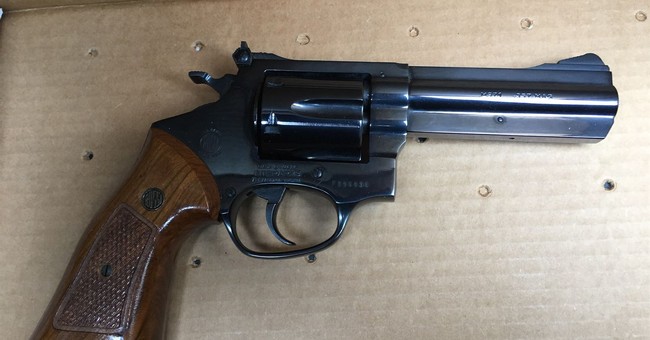 How New Jersey Tries To Disarm Its Own Retired Police

Libyan involved in the Benghazi attack gets 19 years