The Heart of the Problem is in the Heart

Benjamin Franklin told us, “Only a virtuous people are capable of freedom. As nations become corrupt and vicious, they have more need of masters.”

Socialism is a debilitating confidence game dressed up as an ideology used by demagogues and want-to-be dictators to fool its victims into believing it is possible to have your cake and eat it too. Those who fall under the spell of the charlatans singing this siren song actually come to believe it is fair and just to force some people to labor for the good of others. This is the same type of sophistry and rationalization that was used by the clergy and philosophers of the Antebellum South to justify unending human bondage for an entire race of people because it was for their own good.

This twisted tool of central planners and bureaucratic tyrants teaches those who have not that it is fair and just to take from those who have and re-distribute the plunder as the government decrees. This is not fair! This is not just! To teach that it is raises up generations of people who believe they have a birth-right to that which is not their own forfeiting their true birth-right: the opportunity to succeed through their own efforts. The products of such an educational system are citizens without virtue voting pawns without honor. Not because they have made a personal decision to live without these two attributes but because they have been programmed to believe taking the fruit of someone else’s labor is permissible as long as it will be given to someone else. Theodore Roosevelt said, “To educate a man in mind and not in morals is to educate a menace to society.”

Those who drank the Kool-Aid dispensed by the government schools learned that this type of theft is not only permissible it is laudable. They were told and they believe that this is what Robin Hood did: steal from the rich to give to the poor. However, in reality the legend of Robin Hood tells of a fighter for liberty and the sanctity of personal property who robbed the stolen wealth of corrupt government officials so that he could return it to its rightful owners: those who produced the wealth in the first place. However, the leaders of those wishing to turn America into a Venezuelan style worker’s paradise have turned the world upside down demanding that people objectified by the name “Millionaires and Billionaires” need to pay their fair share. Yet they never say what that fair share is or when enough will ever be enough.

According to Noah Webster, “…if the citizens neglect their duty and place unprincipled men in office, the government will soon be corrupted; laws will be made, not for the public good so much as for selfish or local purposes; corrupt or incompetent men will be appointed to execute the Laws; the public revenues will be squandered on unworthy men; and the rights of the citizen will be violated or disregarded.”

We look around us and we watch as our beloved United States of America crumbles. Our elected leaders act as if it is their goal to spend us into oblivion. The only way to understand their pronouncements and actions is if we consider ourselves a conquered people and the Washington-centered oligarchy as an occupying power.

We, the silent majority who labor, innovate, and produce are treated as subservient beasts of burden needed and appreciated more for what can be extorted from us than for who we are. Samuel Adams once said, “No people will tamely surrender their Liberties, nor can any be easily subdued, when knowledge is diffused and Virtue is preserved. On the Contrary, when People are universally ignorant, and debauched in their Manners, they will sink under their own weight without the Aid of foreign Invaders.”

It is no wonder that we see such a sorry collection of second-rate scoundrels prancing about on the stage of power. They sell their snake oil of class warfare indoctrinating their victims to be needy and then promising to fill their gnawing need with loot legally taken from others. This immoral process breeds a population without the virtue of self-reliance or the honor of being independent. The soul sapping addiction to eternal government support leads to a nation neither adapted to nor deserving of liberty. When a birthright has been sold for a bowl of stew it cannot be regained by demanding more. Thomas Jefferson said, “Dependence begets subservience and venality, suffocates the germ of virtue, and prepares fit tools for the designs of ambition.”

We the present day guardians of America must stand before the tsunami of anti-education that leads our nation away from virtue and into unrighteousness. We must serve as examples working to earn what we receive and refusing to either play the victim or accept the self-imposed victim-hood of those who seek to expropriate the fruit of someone else’s labor. We must stand for righteousness or we will fall before the juggernaut of socialism’s final assault upon the land of the free and the home of the brave.

In the coming election we must choose wisely. We must find someone who is virtuous and who adheres to the principles of constitutionally limited government which alone can protect personal liberty, individual freedom, and economic opportunity. Samuel Adams instructed us in this basic truth, “Neither the wisest constitution nor the wisest laws will secure the liberty and happiness of a people whose manners are universally corrupt. He therefore is the truest friend of the liberty of his country who tries most to promote its virtue, and who, so far as his power and influence extend, will not suffer a man to be chosen onto any office of power and trust who is not a wise and virtuous man.”

Douglas MacArthur warned us, “History fails to record a single precedent in which nations subject to moral decay have not passed into political and economic decline. There has been either a spiritual awakening to overcome the moral lapse, or a progressive deterioration leading to ultimate national disaster.”

Finally, looking to the ultimate source of wisdom Proverbs 14:34 tells us, “Righteousness exalts a nation, but sin is a reproach to any people.”

When we go into the voting booth this November don’t think about parties, think about right and wrong, don’t be swayed by catchy slogans or the newest buzzwords, be swayed by the search for good and the rejection of evil. God gave us freedom of choice. The Constitution gives the freedom to choose. Let’s do so wisely. Let’s vote from our heart. For as we look at the problems which beset our nation we must remember that the heart of the problem is in the heart.

Dr. Owens teaches History, Political Science, and Religion. He is the Historian of the Future and the author of the History of the Future @ http://drrobertowens.com © 2018 Robert R. Owens Follow Dr. Robert Owens on Facebook or Twitter @ Drrobertowens 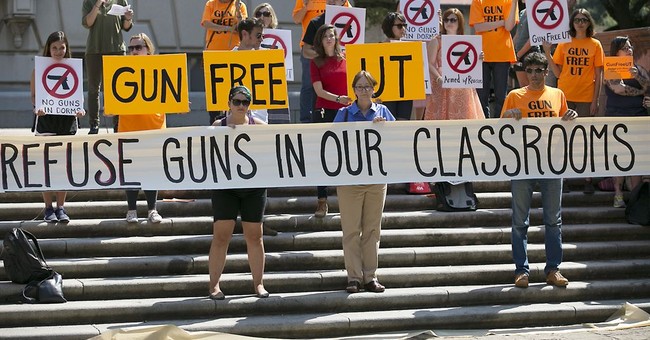