Remember in 2010, Barack Obama, the Center for American Progress (“CAP”), and little Lee Fang over at CAP, were in high dudgeons about the United States Chamber of Commerce and “foreign money.” The irony here is that Lee Fang and CAP are largely funded by a convicted criminal named George Soros whose conviction for insider traded was upheld way back in 2006 in France. But that’s another story.

It was the big talking point when the left ran out of all their other talking points. Never mind that the Chamber of Commerce could definitively show that no foreign dollars were going to influence American elections. Little Lee Fang sank his fangs into the story, ignored the facts, and fluffed up controversy where there wasn’t any on the Center for American Progress’s web site. Lefties seized on every salacious distortion and omitted fact.

So, which U.S. based organizations do the foreign-based and foreign-funded Atlantic Philanthropies support? The foundation helpfully provides a list and a searchable database, and it turns out that the highly political Center for American Progress (CAP) and Center for American Progress Action Fund (CAPAF) received $1,653,000 in five separate grants in 2008 and 2009, most of that going to CAPAF.

CAPAF is not only a 501(c)4 organization able to run political ads, it is the home of ThinkProgress and Lee Fang.

That’s right. Lee Fang and the Center for American Progress are hypocrites. Not that it matters. See, there really can’t be hypocrites on the left. To be a hypocrite you have to fall short of a principle. They have none. 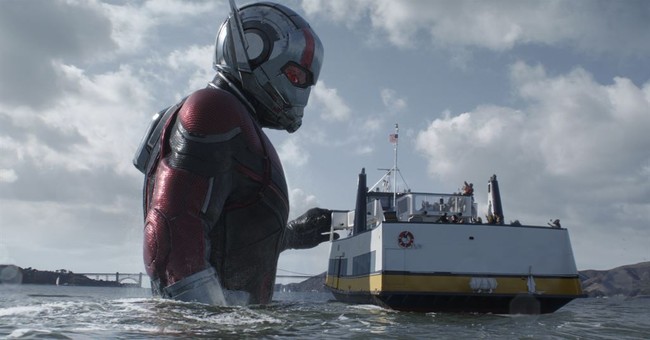 It’s worth noting that much of what Barack Obama does policy wise originates at the Center for American Progress. So while he may not be a foreign born manchurian candidate, his public policy proposals derive from Bermuda dollars spent over at CAP.

Someone needs to page Dinesh D’Souza to see what he thinks Barack Obama’ reaction will be to the idea that his big public policy proposals are vetted via a British territory, given Obama’s antipathy for the Brits.

Is ‘Income Inequality’ the Democrats and Obama’s new ‘War on Women’ for 2014?