The NFL just can’t seem to stop attacking the values of the people who watch the sport. First there was the American flag, now Christmas?

Well, not exactly. But they were still kind of Grinchy, according to New Orleans Saints Running Back Alvin Kamara, who was fined for a Christmas celebration of his own design.

If you watch football, you know that players are required to wear cleats that match their team colors all year. The entire uniform, in fact, is tightly regulated. The exception is “My Cause, My Cleats”, which was in week 13 this year when players across the league could wear custom designed shoes to support various causes. Otherwise, though, it’s against the rules.

This year, though, Christmas Eve was on a Sunday, and the NFL was in the rare position of playing a full day of regular season games on the holiday of holidays. Alvin Kamara decided to get in on the spirit. 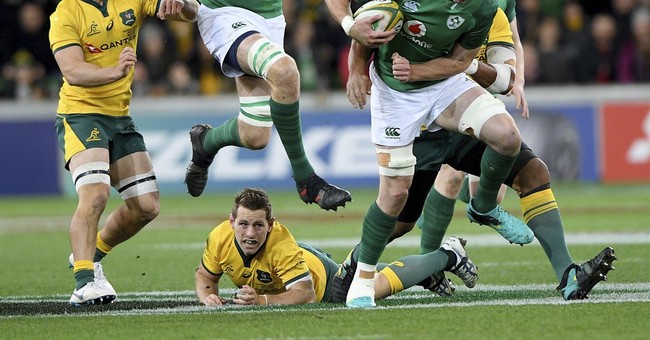 He knew there would be a fine, of course.

After he got the letter he tweeted it, joking that he would do a GoFundMe to pay for the fine.

As I said, he knew the fine was coming, and told reporters he was expecting it.

Alvin Kamara on his likely fine for wearing red cleats: "I’m going to make a GoFundMe — yeah, I’m getting fined — and whatever the fine is, I’m going to pay the fine and the rest I’m going to donate to a charity. Simple as that."

Kamara also told reporters he may actually start that GoFundMe campaign, with the proceeds going to charity.

Rules are rules and he knew he’d pay for breaking them. Still, it takes a real Grinch to enforce a fine for celebrating Christmas on Christmas Eve.

In any case, here’s hoping the beneficiary of this seasonal spat is a worthy cause. The Surgeon General Delivers a Sobering Message: 'I Want America to Understand - This Week, It's Going to Get Bad'

Actor who contracted coronavirus believes hydroxychloroquine was 'crucial' to his recovery

Democrats and Media Told us 'Turbulent Times' Was a Call with Ukraine. Now They're Trying to Rewrite the Story.