Joe Scarborough is a former Congressman, but apparently he didn’t really pay attention to any of the things he was voting on. Otherwise, how do you explain his breathtaking ignorance of the debate over the price of pharmaceutical drugs displayed the morning.

In case you missed it (like everyone else), Scarborough expressed utter amazement when a guest recited completely typical (and just as frequently discredited) liberal talking points on drug prices.

The guest, Dr. Jeffrey Sachs of the liberal Earth Institute, claimed high prices are because the government “won’t negotiate” with drug companies.

“Why in the world would the federal government that has probably the greatest buying power on the planet, why wouldn’t they force big pharma to negotiate with them?” asked Scarborough incredulously. He even threw his pen into the air.

First, while this may surprise people who want “womb to the tomb” single-payer and all kinds of other intrusions into our lives, the government doesn’t actually have the greatest buying power in the drug market. Several publicly-owned U.S. corporations purchase a significantly higher volume of drugs.

Secondly, the policy isn’t “don’t negotiate,” it’s “buy at the prevailing market price,” which is because the government isn’t an ordinary market participant – when it “negotiates,” the result is rationing and de facto price controls.

When the Congressional Budget Office and other experts have reviewed these “negotiations” as proposed, they’ve universally estimated to save no money. Why? Because without the ability to refuse to buy certain drugs, “negotiation” has no power whatsoever.

The actual policy that people like Bernie Sanders, this idea’s most prominent champion, have in mind is to let government bureaucrats ration drugs.

Think about it: if Medicare officials are to decide which drugs are “worth buying,” how will they? A private insurance company making the same decision is interested in its profits, which means they must balance the cost of the drug with the satisfaction of their customers, who might choose another insurance company if the drug they need isn’t available.

In practice, that kind of consumer-level decision-making is difficult because most people have insurance through their employer, for example. But for Medicare patients, it’s just impossible. If Medicare stops paying for a drug, you can’t go to the “other Medicare” that does provide it.

Thus the very mechanism that in theory keeps the cost-cutting in balance with patients’ needs is absent from government programs. Instead, we must rely on the insanely inefficient political process to decide.

That would make life miserable to try to get the best drugs on Medicare, but it would leave everyone else alone, at least in theory. In practice, the government’s price-setting will never remain isolated to its own drug buying.

Every day, the competitive tug-of-war between the companies that invented today’s drugs and those that license and manufacture those drugs at scale is driving the market price for the consumer (typically via insurance).

One thing none of the companies involved have the power to do: issue regulations that could destroy the other market participants. But the federal government has the power to approve or deny every new drug any of these companies invent – not to mention the right to tax it or even just drive its stock price into the floor with a showy congressional hearing.

Do you think Sanders, Hillary Clinton and others are going to stop when Medicare is saving zero dollars “negotiating” drug prices? Here’s a clue: Clinton’s drug plan literally would make it illegal for someone to spend over a certain amount of money per month on drugs.

The end game for these people is not to save taxpayer money so we can lower taxes. The end game is bringing the drug industry under the thumb of the government. In the process, we will have killed the golden goose that gives us tomorrow’s miracle cures, and by the time we’ve weighed everything down with the government’s inefficiencies, it will probably cost ten times more. The “Consider This!” Podcast, Episode 79: A Human Rights Question, and More Money for the VA and Medicare 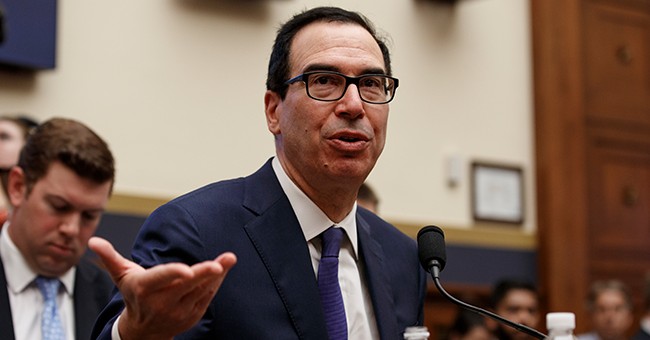