No president could have fixed the inherited mess in just four years and this President wants to stay inside Washington where, by his own admission, he can’t fix it? See also private sector, that didn’t build itself, is doing fine.

The story should have been the courage of Daniel aka Paul Ryan to venture into the Lion’s Den aka AARP aka just another faction of the Democratic Party mob. Instead, the faction of the Dem Party mob known as the Mainstream Press spun the story as more “evidence” that the Romney/Ryan ticket has alienated senior citizens on their way to sure defeat against the Obama/Biden ticket on Election Day 2012:

You have just read the entire CBS News website “coverage” of the Ryan speech. Reminds of election seasons past when September presidents Mondale and Dukakis dispatched Reagan and Bush41 and Carter was re-elected to a second term with the Middle East ablaze.

The Republican vice presidential nominee delivered a simple message, quoting President Barack Obama himself and the Obama Administration’s own chief Medicare/Medicaid actuary concerning Medicare’s eventual bankruptcy absent reform of the system and that Obamacare’s $700B raiding of Medicare is not that reform. Ryan also reiterated his running mate’s promise to repeal Obamacare and replace it with Medicare reforms that do not change the program for any current Medicare beneficiary nor any future beneficiary currently over the age of 55.

Some in the AARP audience in New Orleans booed. That’s the story? Yes, for the Democratic Party including the Media because they only see groups, not individuals; and because they only see story lines that they imagine will help Democrats. But the fact is that seniors are a diverse group and that it is Obama and his party, and not the GOP, that continues to put Medicare at risk by not only refusing to take the steps necessary to save it, but also by: raiding Medicare’s own funding, refusing to acknowledge the peril it, and the whole U.S. economy faces from the national debt.

This past week, President Obama echoed former President Bill Clinton’s Democratic Party convention speech that asserted that no president, including “even himself” (egad!), could have fixed the mess that he inherited, when he proclaimed that you can’t fix Washington from inside Washington. The President that presided over the first credit rating downgrade in the nation’s history then told the late night TV talk show host that slanders the children of Republican VP nominees, that the debt he has increased by over 60% is not a problem in the short run.

The private sector, despite 8%+ unemployment for over 40 months after Obama promised it would never reach that level if only Congress would “quickly pass” his Stimulus bill, is doing fine?  Robert Samuelson, economic journalist for the Washington Post, begs to differ:

The great question haunting Washington’s budget debate is whether our elected politicians will take back government from AARP, the 40 million-member organization that represents retirees and near-retirees. For all the partisan bluster surrounding last week’s release of President Obama’s proposed 2012 budget, it reflects a long-standing bipartisan consensus not to threaten seniors. Programs for the elderly, mainly Social Security and Medicare, are left untouched. With an aging population, putting so much spending off-limits inevitably means raising taxes, shrinking defense and squeezing other domestic spending – everything from the FBI to college aid.

Power is the ability to get what you want. It suggests that you control events. By these standards, AARP runs government budgetary policy, not presidents or congressional leaders.

Don’t confuse “seniors” with AARP and don’t confuse September polls, especially those that still reflect the Hope & Change that doesn’t include McCain metrics of 2008, with what is likely to happen in November.

Remember how, after the last worst economy since the Great Depression, a Democratic Party president was re-elected and the Iranian hostage crisis continued for another 444 days? Neither do I. 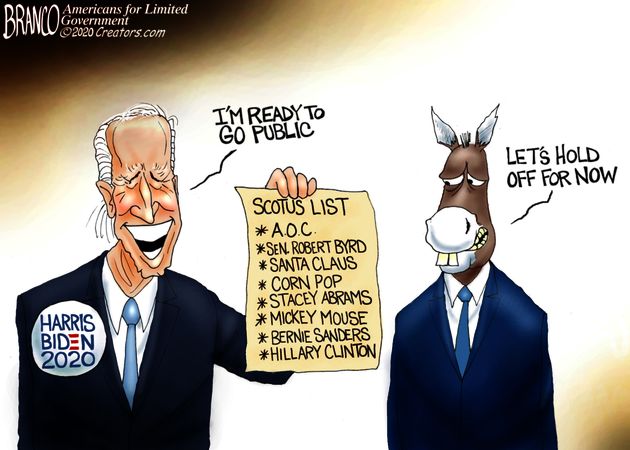