This admittedly former neo-con, but still U.S. national security hawk, could be receptive to action by our armed forces in Syria to deter and secure weapons of mass destruction given a variety of circumstances and scenarios. After the non-WMD attacks on our American homeland nearly 12 years ago, we considered the removal of serial-WMD-user Saddam Hussein in Iraq, the degrading of Iran’s nuclear program, as well as the elimination of the safe haven-for-al-Qaeda-and-Taliban nation-state in Afghanistan to be post-9/11-imperatives for the U.S. and the Free World generally.

Thanks to the pre-surge ‘stay the course’ persistence of President George W. Bush, congressional Republicans and Democrat-turned-Independent-Senator Joe Lieberman, Iraq was liberated toward a purple-fingered Third Way and Core al Qaeda and the Taliban were decimated. Tens of thousands of jihadists that had trained for years to wreak havoc on the Lower Forty-Eight, got an early trip to their virgin-cornucopia aka Hell thanks to martyrdom while defending their Islamist homeland delivered by U.S. armed forces and their Muslim and other coalition-of-the-willing allies.

Fighting against the forces of freedom and security from terrorists all along the way were Iran, its puppet in Syria and the Muslim Brotherhood progenitors of al Qaeda. One mess that the newly-inaugurated President Barack Hussein Obama did not inherit was an ally-devoid Persian Gulf and Muslim world generally;and Iran was surrounded on three sides, especially including in Iraq and Libya’s strongman had unilaterally surrendered his WMD. 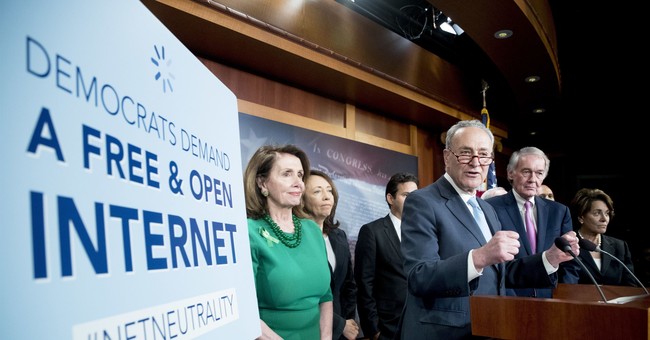 Yet, soon after taking the Oath of Office, President Obama went on an ‘apology tour’ (complete with deep un-American genuflecting-bows to Muslim dictators) insisting that the female-enslaving and Coptic Christian-killing, outlawed-in-Egypt Muslim Brotherhood be allowed to attend his Cairo diatribe against his own nation. And even before that, the Obama Administration’s Secretary of State Hillary Clinton re-established diplomatic relations with an Assad regime she, the President, Chuck Hagel and John Kerry had all dubbed “reformist” despite their complicity in the assassination of the Lebanese prime minister that had prompted the Bush Administration to recall our ambassador from Damascus.

A few years later when youthful, oppression-hating Egyptian tweeters accelerated an Arab Spring,  Obama would push out a loyal ally of the United States at peace with Israel in favor of the Sharia Law oppressors. In between the Apology Tour and the Arab Spring, freedom-seeking Persians conducted a “Green Revolution” in the streets of Iran demanding the removal from office of their Mullah-puppet President Mahmoud Ahmadinejad. But instead of wearing the mantle of Leader of the Free World and supporting those protesting the oppressors of women and economic growth, Obama renewed his campaign-originated call for “unconditional face-to-face” talks with Iranian leaders that regularly call for a second holocaust against Israel and all Jews.

Who still thinks the party of Jefferson, Jackson, FDR, Truman and JFK are for women, the poor and the oppressed? Not this former Democrat and nor would those.

We had finally had enough by the Summer of 2001 after watching:

Then, after appeasing Iran, erasing our blood-stained footprints in Iraq, leading Libya to wild-west lawlessness from behind, paving the way for Coptic Christian-oppression in Egypt and abandoning pinstripes and boots on the ground in Benghazi, the President now draws a red line over WMD in Syria? Yet, while our Chief Executive regularly usurps Article I legislative power at home to end welfare-work requirements and grant amnesty to illegal youthful dreamers and Article III judicial power to defy anti-oil drilling moratoriums; the Commander-in-Chief would trivialize his inherent Article II powers and have Congress set 60-day time limits on proposed military operations whose consequences are inherently uncertain?

Amateur hours are better hosted by Ted Macks and Simon Cowells than Presidents of the United States.

Ordinarily this Republican hawk would bend over backwards to support the President lest we weaken the only one we have at a time in the face of the world. But given his above-documented anti-red-line choices in addition to his drastic non-sequester cuts in defense, we couldn’t further weaken such an epic-ally weak Obama with a “nay” vote on Syria if we tried.

Rules for Thee, But Not for Me: Chicago Mayor Tells Everyone to Stay Home, Then Gets a Haircut and Has Worst Excuse Ever