Greece can cut now, save later

Greece’s voters are facing a potential election next month.  Voters there are restless.  Its politicians have proven unable to form a governing coalition for almost two weeks.  The problem is relatively simply, Greece has spent itself into bankruptcy.  They were bailed out by the EU and now, must pay back some of their debts.  However, without a functioning government, it will be difficult for Greece to avoid defaulting.

The solution is a bit more difficult.  A country in recession shouldn’t be in the business of cutting spending as a general rule.  At the same time, austerity measures are the most obvious way to get debt and spending under control long term.  That kind of responsibility taken today, is the action necessary to protect the nation’s interests tomorrow.

However, the disturbing trend that we are seeing in westernized nations across the world, are citizens who have become so reliant on their social programs that they are blinded to what is best for their children long term.  We have the same problem in the U.S.  The old don’t want to lose Medicare, the middle-aged are worried about Social Security and the young want their school loan debt reduced.  Although its difficult, it must still be addressed.

If Greece cares about their once great nation, if it’s citizens care about their children, they will continue to pay off their debts, continue with the austerity measures set out by Germany and the EU and will endeavor to stay in the Eurozone.  This should be advocated not because multi-nation centralized government is something to be desired, but because the selfishness of Greek voters not wanting to live within their means could hurt the entire Eurozone and in turn, the entire world economy.

The right now wants to undergo the painful surgery that will put Greece on the path to recovery through a “technocratic ” board of unelected officials that could make the necessary cuts without being held accountable.  This may be the worst option — except for all of the others.  But the leftist SYRIZA party believes they can turn this into an electoral victory if they denunciate austerity enough.  What would happen then, no one really knows.

The Greek people don’t have to stick with the Euro over the long term, but if they are going to drag down everyone else with reckless policies, they need to at least act partially responsible during this crisis.  Future Greek citizens are depending on it.  Austerity now, spending later.

Bailout Fatigue? How about bailing out French Banks that loaned to the Greeks? 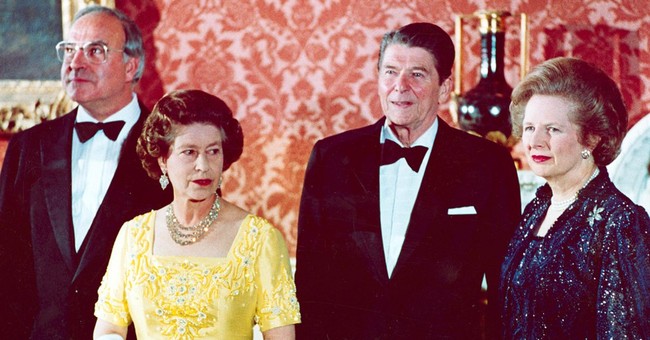 Thatcher and Reagan: Why Do They Hate Them So?