The Philippines, climate change, Democrats and the poor

Never let a crisis go to waste, even to push man-made global warming non-science while multitudes of the poor suffer in the aftermath of Typhoon Haiyan.

Yes, liberal Democrats love poor people so much they like to increase their numbers as voters dependent on them, and denied cheap energy and jobs, rather than evil corporations, for sustenance. And just as when anyone in America (except for when a black man is killed by a black man) is shot with a gun, Democrats race to microphones to accuse conservative supporters of the right to bear arms for self-defense as having aided and abetted the shooter; users of coal and oil for warmth and a middle class life are denounced when we see bad weather:

We find it increasingly difficult to indulge a fetish of the left so thoroughly discredited by the facts and duplicitous leaked emails that it changed its name from global warming to climate change, but here is more equal time:

Officials from the Philippines are blaming climate change for the ferocity of Typhoon Haiyan, and demanding that climate negotiators get serious in Warsaw… If wealthy nations don’t come through with significant funding, hopes of meaningful global climate cooperation could be doomed.

Translation: Western nations must attack their poor and middle class with higher energy prices and send money to poorer countries. But don’t worry, we aren’t going to let our nations build a middle class either. The poor are easier to manage by government experts. 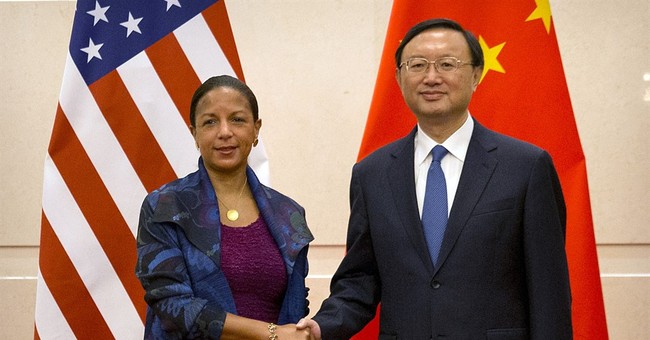 But at least the United Nations immediately dispatched their fleet of disaster relief ships to Manilla Bay…no, wait a second, they dispatched a “humanitarian official” that “called” for sustained relief from the “international community.”

Translation: The first-on-the-scene-disaster relief, USS George Washington flying Stars and Stripes from the most prolific carbon-emitting nation on Earth. It is no coincidence that the people who first extracted black gold in the Quaker State that created the middle class with cheap energy, is also the nation wealthy enough to receive 9-1-1 calls for the “international community.” But for how long we wonder when President Obama’s Democrats exacted draconian cuts on a shrinking U.S. Navy, and its military generally, even before a “sequester” that would be more aptly named after the Imperial Navy of the Empire of Japan that destroyed the Pacific fleet at Pearl Harbor.

Democrats have claimed moral superiority as the champions of the poor at least since the LBJ 1960s, yet the best program for actually reducing the numbers of them was the supply-side tax and business regulation cuts that led to the 25-year Reagan Recovery. And thank you Newt Gingrich for not letting Hillarycare short-circuit it.

Before humans walked upright and Chevrolets coughed carbon fumes into the atmosphere, the globe was so non-man-made hot that half of the Georgia and the rest of the Eastern Seaboard was under the Atlantic Ocean. So if there is a climate change crisis (and the homeless in Greenland and others that see the obvious politically-motivated hoax strongly object), we know that the first suspects are not Homo sapiens.

But when it comes to poverty, the guilty party and the obvious remedies are apparent. Only free market capitalism like that practiced in the United States of America before Obamacare produces enough wealth to indulge in fetishes other than gathering food and guarding it at the cave opening.

The real crisis is the one that put Barack Obama and Harry Reid back in power a year ago last week.

Why is the Harris County CEO extending lockdown while Texas reopens? 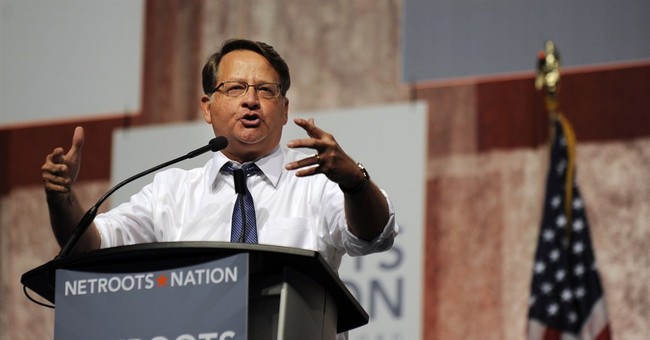 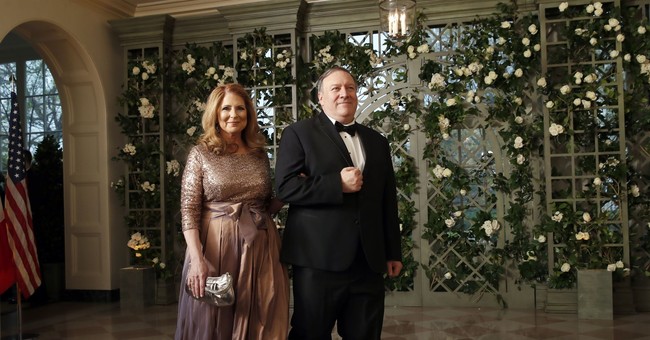