Does Romney’s statement that he won’t “light my hair on fire” just to appeal to conservatives, make you as angry as George Bush The First’s “I’m a conservative, but I’m not a nut about it”?

I wrote that Mitt Romney continues the minimalist strategy of barely winning a bare minimum of GOP primaries, and despite his numerical advantage in delegates, won with “victories” by the McCainesque 40% results he keeps getting against a divided conservative opposition, and thanks in part to the stumbles by his challengers, it doesn’t change the truth.

And “Not Romney” continues to dominate during the GOP primary season.

Romney seems hellbent on following in the path of John McCain, I wrote yesterday, instead of learning from Ronald Reagan.  His campaign strategy may win the battle but lose the war and destroy this year’s important opportunity to interrupt the Obama plan to “transform” America.

I think Romney’s “light his hair on fire” comment will continue to haunt him with the very conservatives and values voters he needs to campaign their hearts out for him if he wins the nomination and really wants to beat Obama.

“It’s very easy to excite the base with incendiary comments.  We’ve seen throughout the campaign that if you’re willing to say really outrageous things that are accusatory and attacking President Obama that you’re going to jump up in the polls. You know, I’m not willing to light my hair on fire to try and get support. I am who I am.”

Perhaps it is better to compare Mitt Romney to George Bush, than to John McCain, as I did in yesterday’s column.  Truly, the “hair on fire” – as was the earlier Bush “but I’m not a nut” comment is Romney’s offering to leftwing TV show hosts who constantly call us the extremists.

Romney is saying, the liberals must be correct in what they say about us.

It is a perfect example of “appealing to the more moderate elements” of the country – except both Romney and Bush were appealing to the liberal-left intelligentsia and showing them how willing they are to “dis” the conservatives and values voters working for them.

If you think I am exaggerating, one look at “The Rachel Maddow” blog proves my point.

For those who don’t know, the extreme left Maddow is nicknamed “madcow” by conservatives who occasionally peek in on her MSNBC TV show, which has a fraction of the viewers of the WORST of the Fox TV shows, the dead last place – on Fox – liberal-populist Shephard Smith.

Steve Benen wrote at The Maddow Blog, referring to the “Hair on Fire” commentary of Mitt Romney, “It struck me as an odd thing to say. The not-so-subtle implication is that Republicans are an excitable bunch, easily manipulated by rabble-rousers and extremist rhetoric.”

“That’s not an unreasonable assessment of the GOP base,” gleefully reports the Maddow Blogger, “but it’s unusual for leading Republican presidential candidates to characterize his own party’s base as impressionable rubes.”

If you are a Romney supporter or were a Bush supporter and claim you are a conservative, or you aim to appeal to conservatives and values voters to follow your lead, surely you must have at least winced in private when you heard these comments about us by Mitt Romney, who still appeals to us to abandon Rick Santorum and Newt Gingrich to sell their soul to him for a chance to defeat Barack Obama in November.

You will recall that George Bush the Senior, despite being Ronald Reagan’s loyal vice president for eight years, still had his difficulties persuading conservatives that they could trust him.

Statements from Bush The Elder like “I’m a conservative, but I’m not a nut about it” were a real slap in the face to those who were the workhorses of the GOP and who turned out the votes and gave often sacrificial donations to help Republicans defeat the Democrats.

Bush One was elected by conservatives working on fumes from the empty gas tank of the Reagan years – call it Reagan Nostalgia power.  But conservatives never trusted Bush, even with that star power.

What has conservatives so upset about Romney – who never served a Reagan as Bush did – is that they simply don’t trust him.

Or to put it another way, they do trust him, in a manner of speaking.

Dr. Frederick Schwarz many years ago used to operate a group called the Christian Anti-Communism Crusade, a worldwide ministry.  He wrote a book very popular with conservatives called “You can Trust the Communists.  (To Be Communists). ”

The Australian born Dr. Schwarz was both a Christian and an anti-communist.  I never did find out whether he was with us as on economics so at worst, he was actually then, what the liberal/liberaltarians call a “neocon” and a perfect example of why we conservatives should happily ally with such people.

Schwarz’ entire thesis was that if you simply read what they wrote, you would know how dangerous the Communists are to America and to freedom in the world, by their own words.  You don’t need to analyze very deeply.

The communists’ words, which Schwarz reported in speeches to American seminar audiences and in his book, tell you the truth.

This does not mean for example, that when a Communist says, “I want peace” it means the same thing in our vocabulary, as it does in theirs.  “Peace” to a communist means they have won, and the forces of freedom have been destroyed.

And so I remind you of one of the “great” philosophers, Popeye the Sailorman, who famously said “I yam what I yam, and that’s all that I yam.”

Yesterday I wrote that Mitt Romney seems to have decided to follow the losing campaign formula of Bob Dole and John McCain by campaigning “to the right” during the GOP primary so long as he was being threatened, and then as soon as he felt safe, “move to the left” to campaign against Barack Obama.

But on reflection and considering this quote of Romney I cited, it appears that Mitt has decided to follow the success formula of Popeye the Sailorman instead, and break new ground in GOP Presidential primaries.

Most of the news report about Romney’s “hair on fire” comment seem to have omitted what may be the key to the new Romney “Popeye” Strategy, where he said “I am what I am.”

Old time conservatives and students of Ronald Reagan may recall after he had been campaigning on the John Sears model (his “expert” campaign manager) at the start of the 1976 campaign, the defense of that less than Reaganesgue effort.

They said it was the best way to appeal to delegates from the Northeast USA, the old heartland of the Rockefeller (liberal) Republicans, by “moderating” (ie. silencing) his conservative message.  I suppose they would have loved the “incendiary comments” attack on conservatives and values voters by Mitt himself last week.

The conservatives counter attacked Sears and there were actually buttons to go with their slogan: LET REAGAN BE REAGAN.  An appeal to the “handlers” to allow the real Ronald Reagan to come out and play as the GOP primary campaign kicked off, was initially ignored.

Reagan did in fact, fire Sears and come out swinging after losing several primaries, making a now famous 30 minutes TV address that energizes what liberals call “the base.”  It caused him to close the gap in Florida, gaining 14 points in the polls in 7 days – nearly winning there.

And then in the North Carolina of not-yet-then Senator Jesse Helms, where they ran old Reagan CPAC speeches as the advertising – using money they raised themselves with the Helms team there, Reagan  won.

Reagan then won the Texas primary – like Rick Santorum attracting conservative Democrats to vote for him as Texas law allowed, his seemingly dead campaign came back to life.

Ultimately Ronald Reagan came to within 100 delegate votes of toppling the dull and boring President Ford who had made New York liberal Governor  Nelson Rockefeller his Vice President, and who also told conservatives “hush children, I’m trying to win.”

Let Reagan be Reagan, will be a slogan fondly remembered by any old timers reading this.  Reagan never said it, but it was for a time, our battle cry, and it was because the advice was followed that Reagan nearly won in 1976 and did then win in a landslide in 1980.

And so now we have by his own words, Mitt Romney’s “I am what I am.”

And what you see, is what you get.  As Dr. Schwarz would have said, “You can trust Romney (to be Romney).”

Mitt Romney appears and speaks like a rich guy who has nothing but thinly disguised contempt for the rabble of the conservative movement, as Rachel Maddow and her cohort would put it, and is desperate to win the approval of the media elite.

I’m with columnist Marc Thiessen on this – if he wins the nomination almost by default, without ever really appealing to us conservatives, without ever getting the “values voters” excited, we may donate to him and work for him and vote for him to defeat Barack Obama.

We won’t ever campaign for Popeye Mitt Romney with the enthusiasm that we did for Reagan and might do for a Gingrich or a Santorum.  But I think we’d do it.

After all, wouldn’t you rather listen to HIS speeches for the next four years than a reelected and now unrestrained President Obama’s speeches?

And if somehow we win against all the odds we face, when and if Mitt Romney is sworn in as President, I’ll be at the head of the line for the new “stop Mitt from being Mitt” effort in January, 2013.

I preferred Let Reagan be Reagan, to Let Mitt be Mitt.  I still prefer Rick Santorum or if he stumbles as Newt Gingrich hopes, then Newt.  For a conservative, it appears to know Mitt, is to not love Mitt.

In any event, if my hair were that greased back I’d never be talking in public about “my hair on fire.”  How come nobody in the media, not even Saturday Night Live, has stumbled on that observation? Woman who threw Molotov cocktail at NYPD vehicle: ‘the only way they hear us is through violence’ 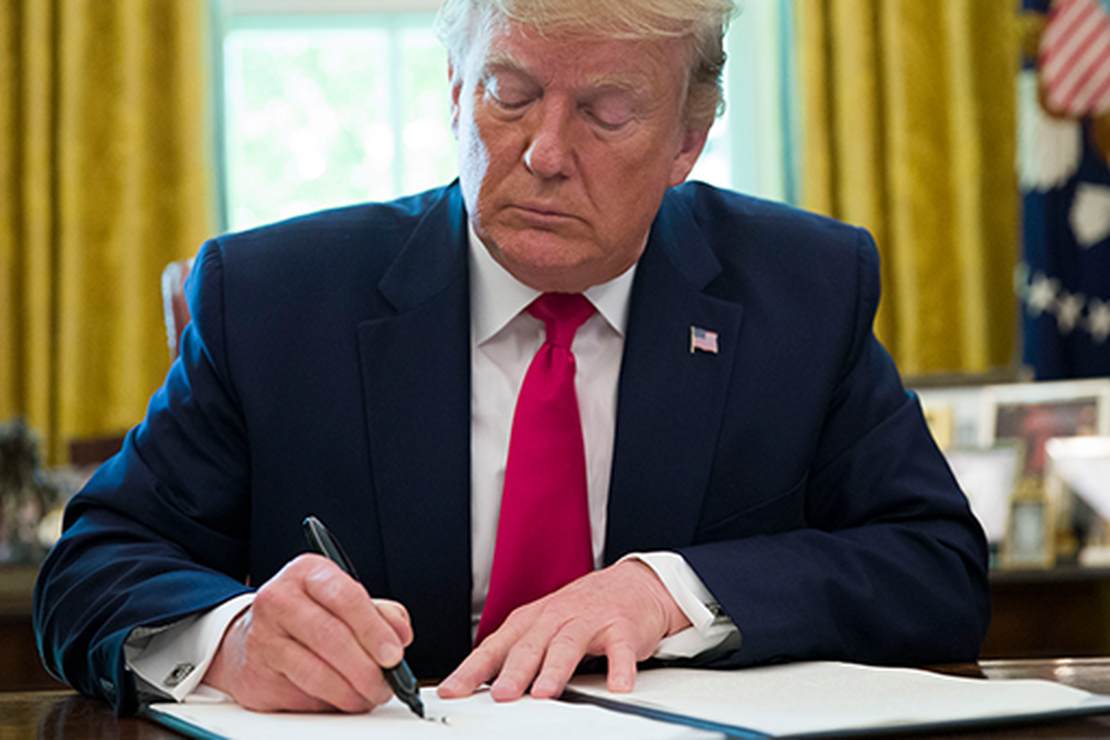