For almost four decades, education and fiscal analysts have sought in vain for evidence showing the benefits of the massive federal aid that has been funneled through the U.S. Education Department (USED).

Now, a research report left on USED’s website two days before the end of Barack Obama’s administration and the start of Donald Trump’s confirms what many have suspected: Substantial federal spending alongside strict regulation helps schools improve not one iota.

A key conclusion in the researchers’ report tells the story with brutal honesty: “Overall, across all grades, we found that implementing any SIG-funded model had no significant impacts on math or reading test scores, high school graduation, or college enrollment.”

Report card: Fs across the board. No gains in student achievement. No increase in kids earning their high school diplomas. No uptick in students managing to go on to college. And as American Enterprise Institute scholar Andy Smarick noted in a January 25 U.S. News & World Report article, the saddest thing is “countless boys and girls are still assigned to those schools.”

The price tag for this failed USED venture: a not-so-cool $7 billion between 2010 and 2015. Thus, SIG grants have exceeded even the Obama team’s $4 billion Race to the Top, which bribed states to adopt Common Core standards and tests that also have failed to produce promised results.

“Over the course of the [Obama] administration,” Smarick wrote, “results trickled in showing that the program wasn’t working. Consistent with previous ‘turnaround’ programs, the failing schools receiving funding weren’t making anywhere near the promised progress. In fact, many were making no progress and some were getting worse. But Duncan and Obama pressed ahead.”

Typically, the feds prescribed the SIG models from which participating school districts had to choose: transformation, turnaround, restart, or closure. In brief, the choices came down to hiring a new principal and implementing such practices as teacher evaluation and a longer school day; sacking the principal and at least half the teachers; converting to a charter school; or closing down entirely. (Only 3 percent of schools went the charter route and just 1 percent closed.)

It is likely this study stayed under wraps at USED until just before the Trump Inauguration in an effort by political appointees to avoid further tarnishing the Obama legacy. As it happens, the report hardly could have come out at a more propitious time, just four days before the start of National School Choice Week (January 22–28) and two days before the installation of an activist president who has put the expansion of parental choice in education on his lengthy to-do list.

Choice, after all, is the natural alternative to the big-government meddling in education that has created such a colossal mess. Most randomized research studies show opportunity scholarships or vouchers yield improved academic outcomes for recipient students and for public schools reacting to the competition.

Since its start in 2011, when it included just 150 get-togethers, National School Choice Week has become a major happening, with nearly 22,000 independently organized events across all 50 states. NCSW is nonpartisan and does not tout one form of school choice over another. Open enrollment plus public magnet or charter, private, online, and home schools are all celebrated and advocated.

Visitors to the NSCW website (schoolchoiceweek.com) can get an idea of the energy and joyful spirit of those engaged with schools of their choice. The videos of students wearing their yellow scarves and performing choice week’s official dance are compelling and entertaining. Trump joined in the fun by signing a proclamation for National School Choice Week.

Next come the tough decisions—especially, how to use government clout to encourage the further spread of private school choice without subjecting schools once again to the federal rule-making that actually stifles choice.

Robert Holland ([email protected]) is a senior fellow for education policy at The Heartland Institute. 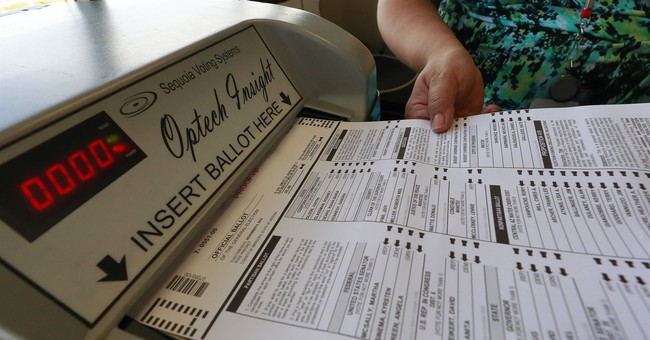