Greed vs. Giving… Trickle down charity is a recipe for real long term success…

Rush Limbaugh caused a bit of a stir recently when he asked the question: “What do you think has fed more mouths, greed or charity?” The question seemed particularly untoward given that Christmas was right around the corner. Who besides Gordon Gekko might ask such a ludicrous question? Rush, obviously… and it turns out that it’s not such a ludicrous question after all.

Of course when he says greed, what he is really referring to – and he says as much – is self interest. Basically what he is arguing is that while giving charity to someone may make the donor feel good and sometimes has a positive effect on the recipient, the real way to improve the lot of people is to act in your own self interest – within the rule of law of course – and the benefits will flow to others, either directly or via giving. You might call this trickle down charity.

Not long ago I wrote a piece about Steve Jobs stating that despite giving Jack to charity, he did more to improve the lives of people around the world over the last 35 years than possibly anyone other than Bill Gates. Of course Gates has given away tens of billions of dollars, but in reality he has benefited the world far more by founding and growing Microsoft than anything he has done or likely will ever do with the Bill and Melinda Gates foundation.

To understand the level of failure that charity & giving can accomplish one need only look at Africa. In her brilliant book: Dead Aid: Why Aid Is Not Working and How There Is a Better Way for Africa“, Dambisa Moyo writes: “Over the past 60 years at least $1 trillion of development-related aid has been transferred from rich countries to Africa. Yet real per-capita income today is lower than it was in the 1970s, and more than 50% of the population — over 350 million people — live on less than a dollar a day, a figure that has nearly doubled in two decades.” Moyo argues that not only does aid actually destroy much of the potential economic development of African nations and enables corrupt leaders to maintain their power, at the same time it encourages would-be dictators to attempt to overthrow existing regimes, which in turn creates more war and poverty.

Food is one of the most brutal forms of aid. Many countries receive aid in the form of American agricultural products. The result of these gifts is that, as local farmers cannot compete with free food, their farms fail, and any chance of self sustainability vanishes. It’s the whole notion of “Give a man a fish, feed him for a day… Teach a man to fish, feed him for a lifetime.” In the case of Africa the world’s aid (and food is only part of that problem) is destroying the capacity of the recipients to become self sustaining, resulting in a vicious circle of aid, corruption and poverty.

Here in the United States the record of success via “giving” is largely the same. After six decades and trillions of dollars of government “aid” in the form of welfare and government education, the poverty problem is not only not getting any better, but it’s actually getting worse! We have record levels of people with no discernable skills, little ability to support themselves and most seeking support at the public trough. A smashing success of compassion!

None of this should be taken to suggest that giving is a bad thing. It’s not. Particularly when it’s done to ameliorate incidental or disaster induced problems, big or small. Giving however should not be seen as a long term solution to improving the condition of man. The problem is that giving typically comes with few, or poorly enforced, requirements on the part recipient, particularly when those “gifts” come from the government or international organizations like the UN or the IMF. Compare the different outcomes between 1960 and today of the Asian tigers and sub-Saharan Africa. In 1960 South Korea’s GDP per capita was twice that of sub-Saharan Africa’s, but in 2005 it was almost 24 times as much. The story is similar for countries such as Indonesia, Malaysia, Cambodia and Vietnam, who went from half the per capital GDP of sub-Saharan Africa in 1960 to five times it today. While all of these tigers received aid at some point, in Africa the aid became an end in and of itself while in Asia it was used as a step to economic growth and development.

Andrew Carnegie provides a perfect example of how both greed and giving can work together. In the late 19th century he was the richest man in the world, and in 1889 he wrote a piece called “Wealth” where he argued that the adult life of an industrialist should comprise two parts. The first part was the accumulation of wealth. The second part was the distribution of that accumulated wealth to benevolent causes. Philanthropy, Carnegie argued, was key to making the life worthwhile.

And Carnegie was no piker when it came to giving. By the time he died, he had given away 90% of his wealth (equivalent to $4.5 billion today) with the remainder to be distributed by others.

In Rush’s parlance, Carnegie fed many people via both greed and charity. By creating the heart of what became the most valuable company in the world, Carnegie provided food and shelter to tens of thousands of workers around the world and hundreds of thousands of family members. Whether you call it greed or self interest is immaterial. It supported hundreds of thousands of people and it gave Carnegie the resources to give to charity. Carnegie’s giving did not simply feed a man for a day. On the contrary. He wanted to prepare recipients to feed themselves for a lifetime. The majority of Carnegie’s giving came in the form of financing universities and libraries around the world where men could improve their lot in life through education. His was a gift, but he required something from the recipient in order to take advantage of it. Be it studying or reading, the recipient of Carnegie’s largesse was involved in the improvement of his own condition.

At the end of the day, as usual, Rush was right. The good Carnegie was able to do was driven by his pursuit of his own self interest. Same deal with Gates, Rockefeller, Ford and even Mark Zuckerberg. The result was that they improved the lives of their workers, their customers and the recipients of their gifts… but it all started with a profit motive. And it’s true on a national scale as well. America became the breadbasket and economic engine of the world through the pursuit of profit. That profit motive and the success it created allowed the United States to become by far the most generous nation in the world. But the same thing holds true here, people around the world have benefited far more from Cyrus McCormick’s invention of the mechanical reaper, the American innovation in the early auto, energy and transportation industries and Silicon Valley’s silicon and cyber advances than they have from any charity that was ever given by anyone anywhere.

While charity has its place in the world, free markets and capitalism are the keys to true improvement in the condition of man. They provide the opportunity for investment and innovation to ameliorate most problems on the planet. Not all, but many. If one’s goal is to help a neighbor, a friend or someone across the planet survive a disaster or get through a difficult moment in their lives, charitable giving is the perfect solution. If however one’s goal is to lift a family or a community or a country out of poverty, do what you can to help them participate in capitalism and a free market economy. That’s where long term, sustainable economic advances come from. Now that’s a gift that will pay dividends for everyone involved. 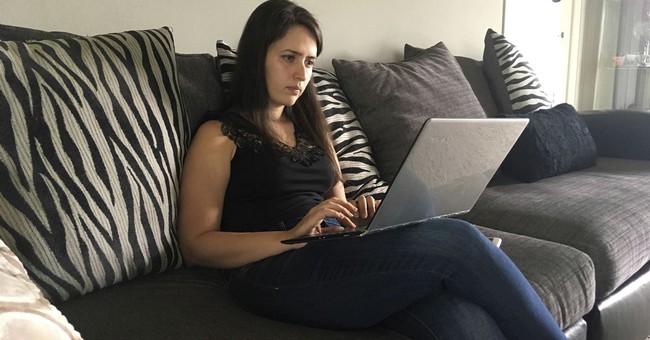