The GOP leadership must be using Common Core math to do the calculations on Immigration… and the result is exactly what you’d expect.

Anyone who cares about prosperity has to ask themselves, just how stupid are the people running the Republican Party? One has to wonder, do they even bother to look beyond NBC, the New York Times and TIME magazine for their news and information? Have they ever even bothered to pick up a PEW research paper? You sometimes have to think that if they were around in the 16th century they would have been happy knowing the sun traveled around the earth and ignored the data from Copernicus and Galileo.

In a similar way, today we have GOP leaders have been talking about passing “immigration reform” for years. Just last month House Speaker John Boehner told a group of donors he is “hellbent on getting this (immigration reform) done this year”. Frankly, he might as well put a proverbial gun in the mouth of the Republican Party and pull the trigger – which might not necessarily be a bad thing.

Despite the stories the GOP tells itself while hiding under the covers at night, immigration reform is not the path to success in American politics. And it’s not like there’s not precedent for them to look at. One of Ronald Reagan’s biggest mistakes was when he allowed himself to be hoodwinked by Tip O’Neill into signing Simpson Mazzoli into law. The law allowed 3 million illegal aliens to become citizens and was to be followed by stronger border security. While the citizenship part happened, the border security part never did… and as a result millions more Democrat voters were created. What’s even worse, the amnesty encouraged tens of millions more people from Mexico and Central America to cross the Rio in expectation that they too could be granted amnesty.

The consequence of the failure of creating a strong border has been unambiguously bad for the GOP in general and for the notion of limited government in particular. Coincidentally, as reported by the Center for Immigration Studies, the result of amnesty and our dysfunctional immigration policies has pushed voter support for the GOP down by approximately 6% between 1980 & 2012.

Of course the numbers do tell a story, but the GOP is looking at the wrong numbers. The Republican leadership is concerned that the Hispanic population is the largest minority in the country and they are simultaneously the fastest growing minority. They look at the raw numbers and worry that if they don’t get on the immigration bandwagon that they will get left behind. Their solution is to jump on that wagon despite the fact that it’s heading towards a brick wall.

In this case the brick wall is government control and a lack of economic freedom and prosperity. Some other numbers tell the story. One has only to look at where the immigrants are coming from to understand what numbers really matter.

Over the last 15 years 60% of the legal immigration into the United States has come from six countries: Mexico, El Salvador, Guatemala, Honduras, Panama, and Costa Rica. Fully 45% came from Mexico alone. At the same time 75% of illegal immigrants are from those same countries. To see what numbers are really important, take a look at where those countries rank on the Heritage Foundation’s Economic Freedom Index – which includes economic freedom and government regulation and taxation. Whereas the United States is today at a discouragingly low 12 and moving down (1 is the best – Hong Kong & 178 is the worst – North Korea), we are still far above those six countries: Mexico -55, El Salvador -59, Guatemala -83, Honduras -112, Panama -71, and Costa Rica -53. Those immigrants are coming from countries where big government reigns supreme and it shows in their economic standing in the world. Per Capita Income on a purchasing power parity basis – which takes into account the differences in costs in different countries – is perhaps the best way to measure their economic standing. According to the IMF, while Per Capita Income in the US ranks 6th in the world, of these six countries Panama is the highest at 61st and Honduras is the worst at 127th.

And it’s not just their opinions. They are voting that position as well, voting for Democrats over Republicans 2:1 on average since 1980. Despite what the GOP establishment keeps telling itself, immigration reform means more Democrats in office, more big government, more government control, higher taxes and more government redistribution. That growth in government results in less freedom, fewer choices in the marketplace and above all, less prosperity for all Americans, both new and old.

Big, overreaching, stultifying government the issue of our time.  It’s opposite, small, limited government is the key to American success and prosperity.  The GOP establishment need look only at the voting record of blacks in America to understand that big government means big problems for Republican survival. But the reality is, the demographic trends are what they are, and if the GOP has any hope of surviving, it will have to learn to stop pandering by demographics. They will have to learn to articulate how small government and free markets are the key drivers of prosperity, not government control and redistribution. They have to demonstrate that limited government and free markets offer all Americans; blacks, Hispanics, whites and everyone else the greatest opportunity to find success and achieve the American dream, regardless of where they came from. So far they have been utter failures in that messaging, save voices like Ted Cruz, Bobby Jindal, Sarah Palin and a few others. While it may take a while for the party to find the right message, if Boehner and Co. ram through immigration reform before the 2014 elections it may no longer matter. Let’s hope Boehner takes a wrong turn somewhere on the campaign trail and ends up lost in Lake Erie for the next six months…

Barack Obama doesn’t see America the way you do 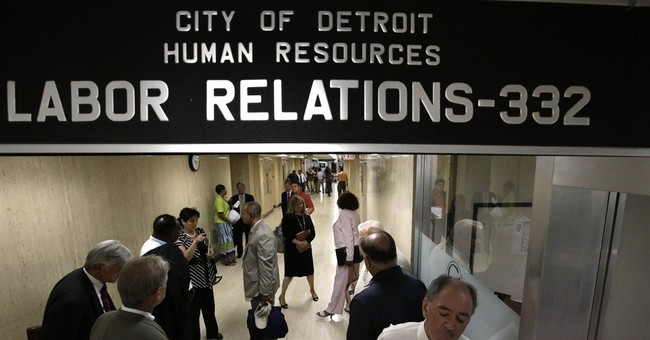