Sandy, Omnibus and Our Idiotic Congress

We heard Chris Christie bellow about the delay in Hurricane Sandy relief, ”It’s why the American people hate Congress. Unlike the people in Congress, we have actual responsibilities.”

While the Governor was right, I think the moment Christie blamed the GOP House he completely missed the reason why people hate Congress:

It’s not when our Congress stops for a responsibility check that’s the problem, it’s that it had to be done at all. Our House of Representives had to hold the bill because of pork.

Governor Christie should have been focused on the genesis concept of blame; don’t blame the adults for doing the adult thing and stop wasting tax payers money, blame the reason Boehner and company had to stop the bill at all. That the bill was so laden with pork that half of the ‘Hurricane Sandy’ relief bill was not for Hurricane Relief.

Our government at work.

The issue starts with the concept of what congress calls ‘Omnibus’ bills. Omnibus is a latin term to mean ‘for everything’. That’s certainly apropos…Pointedly, and Omnibus bill is a bill the stitches together unrelated initiatives, funding and other stuff and crams it all in to a single bill.

This isn’t always a bad thing, our Congress uses the Omnibus structure to craft the yearly budget. That is, when our officials actually bother to make a budget. When a budget is created, it needs to aggregate all yearly, budgeted spending in to one bill.

Cool, I get that.

The great flaw of Omnibus bills are their usage outside of the yearly budget. As defined by the Business Dictionary, “The act of using government funds on local projects that are primarily used to bring more money to a specific representative’s district. Basically the politician tries to benefits his/her constituents in order to maintain their support and vote.”

Herein lies the issue; we’ve oft heard about the citizenry being able to vote itself government largess. The idea that if people realize they can vote themselves a government benefit, they will. Congress has long been doing that for themselves by way of pork spending.

Bringin’ home the bacon ensures a long stay in Congress.

McCain further went on to detail his position and the pork, “There is money for wildfires, which is desperately needed because we’re in a severe drought, and I want that money for my state, but it has nothing to do with Hurricane Sandy.”

This brings forth a good point; not all local spending from the Federal budget is bad. Even within the Sandy bill, there are apportionments for the Salmon industry in Alaska or fire relief efforts in Colorado. These aren’t wasted dollars. They are, in the Omnibus bill, pork dollars.

There can be worse culprits.

Bills can include pork for places without people, as in Pleasure Beach, “…$1.9 million went to the Pleasure Beach water taxi service project in Bridgeport, Connecticut, requested by then-Rep. Chris Shays. A bridge fire more than a decade ago means beach-goers have to travel a couple of extra miles to get to the beach.” There are no people inhabiting the beach area and apparently no interest to go there.

President Obama, as Candidate Obama, stated he would not sign any pork-laden, earmarked up bills in to law. In early 2009 and memories of his promises on earmarks,stated, ”But the fact is that on occasion, earmarks have been used as a vehicle for waste, fraud and abuse. Projects have been inserted at the 11th hour, without review, and sometimes without merit, in order to satisfy the political or personal agendas of a given legislator, rather than the public interest,” Then promptly signed the bill with 9000 earmarks.

The crux of the issue is Congress having the ability to create Omnibus bill at all.

As I noted, Omnibus bills are useful when creating a budget. I’m not exactly sure I would totally eliminate them altogether. We do, in fact, need a way to get local spending through congress and I would not want them to waste time voting on every single one.

The reality is; pork is added to other bills that are ‘must vote yes’ bills. These are called ‘riders’. As with the Sandy bill, who would dare not vote for hurricane relief for those affected?

I’d refer to this as the ‘for the children’ ploy. Whenever you wish to cram something distasteful down the throat of the American people, wrap it in a package that’s for the children and no one would ever not agree nor not pass such a bill.

You would be a heartless cad. That’s how the whole deal works. Cram the garbage in with the good stuff.

That we allow our officials to buy elections with hidden pork is a mark against us and who we elect. I would suggest that our Congress of Idiots has responsibility too.

If an adult Congress were to actually bother to solve anything, they would partition off bills as part of a required congressional process.

These should be partitioned as follows:

The key is, sure, you can have pork spending but let us see it in the light of day. I’m not against Alaska fisheries get funds. I would like to know how my legislator voted and separate from the emotional tug of a ‘must have’ bill.

I’m not a fool. Congress will not step up to the reality of adulthood and work in a reasoned and rational manner. Too hard to get elected that way.

I term them the Congress of Idiots due to their lack of responsibility in the face of fiscal calamity simply to ensure their own re-election. Even Republicans who recently found their fiscal Jesus, many are guilty of pork crimes if not worse than Democrats.

In Washington, there are no mechanisms for Congress to ensure action. We have a Constitutional commitment to make a yearly budget. The penalty for failing to pass a budget? Nada.

If I don’t do my job for three years, it’s likely I’m going to get fired. In Congress, you are reelected as a Democrat. No wonder they do nothing. No consequence.

As the fiscal fighting hums along and Republicans try to regain the mantel of the responsible adult, remember how they all got there.

Cross posted at the Rightward Journal 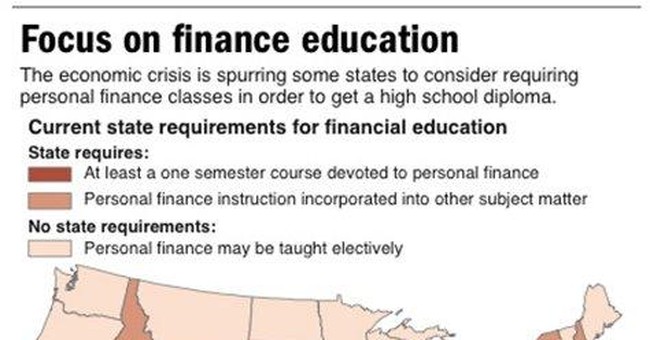 Get Your Financial House in Order One Month at a Time