Hagel, Defense, And You!

Chuck Hagel has unveiled a new plan for the Defense Department to reduce costs by downsizing and reshaping the military into something more efficient. At the very moment he mentioned downsizing, something interesting happened. All of his words, to most conservatives, became the noise made by teachers in the Charlie Brown cartoons. And, while cuts to the military are definitely a bad idea, there is an arguable need for a new way to look at how the military operates.

The military is operating in a traditional manner in a non-traditional world. Non-traditional warfare, amped-up guerilla tactics and non-state actors rule the major military theaters right now. The fascinating aspect of this is that much smaller groups (al Qaeda, etc.) have been able to deal significant damage, get blown up, and appear in thirty more places almost immediately afterward. Fascinating though it is, for the U.S., it is not an ideal situation.

General Stanley McChrystal (yes, the Rolling Stone general) penned a piece for Foreign Policy magazine that detailed what it would take to convert the U.S. military into one more capable of dealing with networks of enemies, a new phenomenon for a U.S. military whose experience was with standing armies almost exclusively prior to the 90s.

Like all too many military forces in history, we initially saw our enemy as we viewed ourselves. In a small base outside Baghdad, we started to diagram AQI on white dry-erase boards. Composed largely of foreign mujahideen and with an overall allegiance to Osama bin Laden but controlled inside Iraq by the Jordanian Abu Musab al-Zarqawi, AQI was responsible for an extremely violent campaign of attacks on coalition forces, the Iraqi government, and Iraqi Shiites. Its stated aim was to splinter the new Iraq and ultimately establish an Islamic caliphate. By habit, we started mapping the organization in a traditional military structure, with tiers and rows. At the top was Zarqawi, below him a cascade of lieutenants and foot soldiers.

Over time, it became increasingly clear — often from intercepted communications or the accounts of insurgents we had captured — that our enemy was a constellation of fighters organized not by rank but on the basis of relationships and acquaintances, reputation and fame. Who became radicalized in the prisons of Egypt? Who trained together in the pre-9/11 camps in Afghanistan? Who is married to whose sister? Who is making a name for himself, and in doing so burnishing the al Qaeda brand?

I apologize for the long quote, but it’s important to grasp in full what he’s talking about. If you need a summary, the most important parts are in bold. Al Qaeda is only one example in a world currently rife with rebellion and revolution, blood-soaked streets and numerous conflicts that may yet draw the U.S. in. McChrystal goes on to detail that the need for change, an adaptation, by the armed forces is something we need. Some folks would downplay McChrystal’s expertise in the matter, considering he was let go from his position, but keep in mind that he and General Patreus literally wrote the book on nation building, which was the adopted military strategy for the U.S. in the Middle East.

I am not at all say the U.S. armed forces are weak or inferior, nor am I calling them deeply flawed. But in military, strategies and tactics sometimes need to be fluid, to adapt in given situations. The army is similar. How we fight now is how the British fought in the Revolutionary War, when the Americans used guerilla tactics to overcome and defeat the larger enemy (I’m in no way suggestion we will be defeated, either, though Democrats love that thought!)

Cutting the military however, has disastrous results. First and foremost, it weakens the U.S. at a time when we have to appear strong. Both China and Russia would love to overtake the U.S. in terms of power, and a dysfunctional European Union hinders our ability to coordinate effectively. Weakening ourselves is a terrible idea in an era like this.

What’s even stranger is how political unsound this move is. Right now, the media loves to call attention to the Republican Party’s “civil war.” However, there are two things that will unite Republicans almost every time (probably in this order).

Hagel’s announcement comes amid the run-up to 2014, where Democrats in Red States are particularly vulnerable for numerous reasons. What in the world is Obama’s administration thinking that Republican-run states would react kindly to a Democratic Party trying to eliminate soldiers’ jobs? Even Karl Rove is (possibly) shaking his head over how poorly-planned this is.

The reality is that, strategically-speaking, change will come to the military. Technology, our enemies, and our politics will dictate that. It’s how impose that change and how carefully-planned it is that will determine the future success of our troops. Also keep in mind that the Defense Department has a little more autonomy than the other departments. Generals speak up more and their wisdom and experience is what drives the military. Politics might set the scene, but unlike, say, Kerry’s State Department, long-serving military leaders are the backbone of the armed forces and have a lot more sway.

It’s incredibly impractical to put total control of strategic decisions in the hands of politicians. Throughout history, successful leaders have either known this going in or have learned it the hard way. Obama’s general disinterest in the affairs of the military leaves them even more open to autonomy, which is ultimately beneficial. It’s the one thing Obama keeps his hands out of (before you cry “drawdown” or anything else, keep in mind how long it’s taken the anti-war candidate Obama to really set that into motion). So long as he remains uninterested in the military, there is a chance that the armed forces could make it through relatively unscathed.

…Except for the whole gender-neutral thing they’re trying to do, which will be unsuccessful no matter how many times they force the Marine Corps. to watch Disney’s “Mulan.”

Cuts in spending will need to be addressed, but not at the cost of military personnel. What Republicans won’t tell you is how much military spending they give to contractors in their own districts to build, etc. things the military doesn’t actually need. There is a major difference between innovation and just using government money to fabricate jobs. It’s a toned-down, Republican version of Solyndra. It’s a scam that does nothing but blow taxpayer money.

So, Mr. Hagel. Make you cuts, make your changes to how things operate. But don’t fire a bunch of troops we may very well need.

A yoke of liberation: Sunday reflection 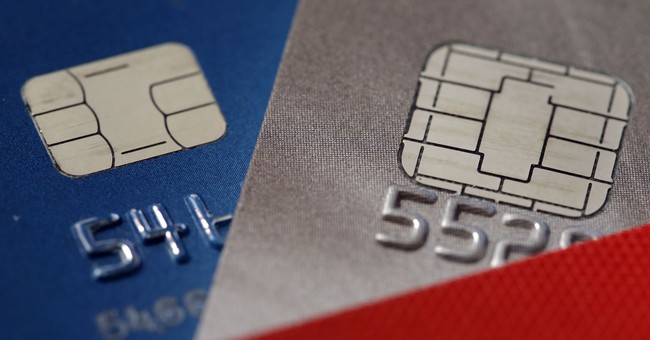