Part of what makes Common Core such a murky and bipartisan issue is the fact that we readily recognize something in our education system needs to change. As a resident of Louisiana, I know how bad it can get. I was born in Natchitoches (which is pronounced exactly as it looks like it should be – NACK-UH-TISH), which is in one of the lowest performing parishes in a state that is among the lowest performing in the nation.

I like many of the ideas behind Common Core. I’ve spoken with many teachers about it and what it means, and more and more, I’ve found that, while teachers may still have positive things to say about the standards, the implementation is something else entirely. Here in Louisiana, teachers were given an already-short phase-in period, which was suddenly shrunk by the state education leaders. The current conflict between Governor Bobby Jindal and the Board of Elementary and Secondary Education (BESE) and the State Superintendent of Education, John White. In June, Jindal signed executive orders blocking implementation of testing programs related to Common Core implementation. White and BESE leader Chad Roemer are considering a lawsuit to force the governor to comply with the laws surrounding Common Core.

Two other lawsuits are also now in play as seventeen state legislators filed a suit against implementation, saying it violates state law and a parent and teacher group filed a lawsuit again Jindal, accusing him of illegally interfering in education. The former is interesting, the latter is laughable. Still, the whole thing has caused chaos among educators in the state, who are confused as to how to plan for the upcoming school year, which begins in about three weeks.

That chaos is part of the problem, as Common Core has great talking points, but few people actually get into what it is and what it does. A good friend of mine, a professor, has defended it to me several times, and her points are incredibly tempting. One of her arguments, one I particularly favor, is that the standards prevent states (like Louisiana, which is notorious for this) from lowering the bar instead of boosting achievement. It’s much easier to say “Everybody wins!” than to teach the losers to become winners.

Common Core is also a good way to help institute what are known in education as “best practices,” which are, simply, proven ways to help children take in information most effectively. Every subject has its own set of best practices, and overall classroom and school management does as well. When these come together, the quality of the education is improved significantly.

The problem, however, with Common Core isn’t so much as what it is supposed to do and what it can do, but what it will do in the hands of the wrong people.

Common Core was originally designed by teachers for teachers. Educators from all walks came together to create a set of educational standards that could improve our system of education in the country and ultimately create a better product. Unfortunately, education is run by the government, and while most teachers are among the kindest and most wonderful people I know, the government is a cold, uncaring master whose masters are even more cold and uncaring.

Teachers unions and some tenure laws make it impossible to get rid of ineffective teachers. No Child Left Behind has forced teachers to drill students with testing material rather than teaching them to grasp the knowledge they need. Now, we have Common Core, a nationwide set of standards that the Chamber of Commerce is heavily involved in pushing now (which should mean that both grassroots conservatives and populist liberals need to stand opposed to it, but education is a weird beast). Common Core is offered on a state-by-state basis, with promises of flexibility for each state, but the standards in the hands of government are almost guaranteed to be anything but flexible.

Our government cannot effectively manage personnel, money, or even a website. But we consistently expect them to run our education system, and the results show. Something needs to be done, that much is certain. Could Common Core work? I think it could, but to do so, you would need to change the education system itself first before you implement new standards. 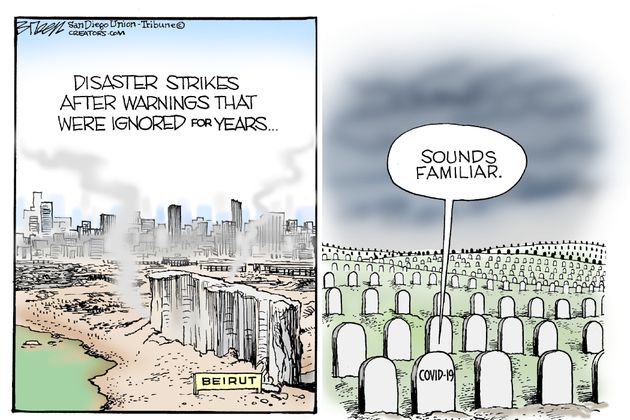