The Democrats Try to Divide Us on Race Again

In the aftermath of the El Paso mass murder, in which the accused shooter posted an anti-immigrant and white supremacist ‘manifesto,’ the Democrats are going all-in on labeling President Trump a white supremacist and putting race at the forefront of their campaigns. This might not work out well for them. From The Washington Post:

Democratic candidates’ quandary: How to call out Trump on race without offending potential voters

Since announcing his presidential campaign, Donald Trump has been accused of promoting racist ideas by critics on the right and the left. And half of Americans agree with that.

But Democratic candidates looking to moderates to win the nomination have a trickier task in speaking out against the president’s racism. They are relying on previous Trump voters looking for a better option than the current president to help them get to the White House. And any suggestion that they could be blamed for the president’s racist policies and worldview could turn them away.

When a New York Times reporter asked Sen. Elizabeth Warren (D-Mass.) if she thought the president was a white supremacist, she immediately responded: “Yes.”

There’s much more at the original, which you can read yourself, but suffice it to say that all of the leading candidates, including Senators Elizabeth Warren (D-MA), Kamala Harris Emhoff (D-CA), Mayor Pete Buttigieg (D-South Bend) and former Representative Robert Francis Beta “Beto” O’Rourke (D-TX) got their licks in.

Interestingly enough, Senator Bernie Sanders (I-VT) was not included; it makes me wonder if the Post is trying to marginalize him.

But the Democrats aren’t being particularly smart about things. When Senator Amy Klobuchar tried to not offend Trump voters who might consider her, she got knifed by this Twit:

Klobuchar just lost me. If you still support Trump, you ARE a racist. You can dance around it, but I won’t. #DemDebate

But at least that wasn’t the candidate herself. Mr O’Rourke decided to stir the pot in a way that is unlikely to help him:

Five years ago, Michael Brown was shot dead by a police officer. In the years since, we’ve heard too many names, too many similar stories, to count. In each, we are reminded of an idea as urgent, and as ignored, today as it was when Michael was killed: Black Lives Matter.

Mrs Emhoff wasn’t quite as stupid with her tweet:

But that hardly matters: she has already proposed a $100 billion plan to benefit black families seeking to buy a home. She didn’t say poor families; she said black families.

Most of the Democratic presidential candidates have come out in support of a proposed commission to propose reparations for slavery:

Sen. Cory Booker: Booker introduced a Senate companion version of a House bill by Rep. Sheila Jackson Lee (D-Texas.) that would establish a commission to study the impact of slavery and continuing discrimination against black Americans, and make recommendations on reparation proposals for descendants of slaves. Former Rep. John Conyers (D-Mich.) was first to introduce legislation in 1989;

Sen. Kamala Harris: Harris said in an interview on “The Breakfast Club” in February that she supports government reparations for black Americans. Harris told NPR’s “Morning Edition” last month that the term reparations “means different things to different people,” and that allocating funds for mental health treatment would be one form of reparations.

Sen. Bernie Sanders: In 2016, Sanders was dismissive of reparations, saying, “First of all, its likelihood of getting through Congress is nil. Second of all, I think it would be very divisive.”

Julián Castro: The former San Antonio mayor and housing secretary under President Obama has arguably been the most vocal candidate on this issue. Castro said he would create a commission to study reparations and determine the best policy proposal.

Sen. Amy Klobuchar: In an interview on NBC’s ‘Meet the Press‘ last month, Klobuchar said: “I believe we have to invest in those communities that have been so hurt by racism. It doesn’t have to be a direct pay for each person, but what we can do is invest in those communities. Acknowledge what’s happened. … Making sure we have that shared dream of opportunity for all Americans.”

Sen. Elizabeth Warren: She tweeted in support of Jackson Lee’s bill last month, saying: “Slavery is a stain on America & we need to address it head on. I believe it’s time to start a national, full-blown conversation about reparations. I support the bill in the House to support a congressional panel of experts so that our nation can do what’s right & begin to heal.”

Sen. Kirsten Gillibrand: She said at Al Sharpton’s National Action Network’s annual convention last week that she supports legislation to study reparations. “This is a conversation that is long overdue,” she said.

Beto O’Rourke: Like Sanders, O’Rourke has been less enthusiastic about reparations, but said he supports Jackson Lee’s bill.

Marianne Williamson: The best-selling author is the only candidate, despite her long-shot bid, to present a plan with specifics. She proposed $100 billion in reparations or $10 billion a year to be distributed over 10 years for economic and educational projects , Williamson told CNN in January.

Joe Biden, who was not mentioned in the above link, managed to say that “Poor kids are just as bright, just as talented, as white kids,” before he caught himself.  Gee, he’s dumb!

You don’t have to be a raaaaacist to see how Americans who had nothing to do with slavery might not like the idea of having more of their money seized by the government to give to other people based solely on the color of their skin. Considering how many Hispanic voters are white, the Democrats would be taxing that minority to benefit another. 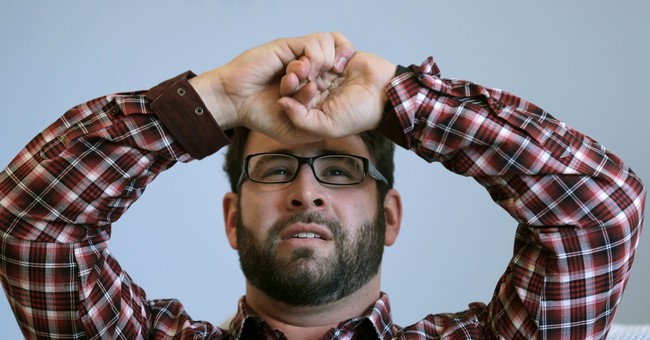