The biggest problem for the left is that they see Logan’s Run and Lola not as entertainment but forward thinking social planning.

If Democratic Presidential candidate Mike Bloomberg was 95 years old and had prostate cancer, he could afford advanced and extreme medical care to improve and extend his life.

But if a 95-year-old non-billionaire has prostate cancer that requires medical treatment using taxpayer dollars, Bloomberg said in 2011 that he should be denied treatment.

“If you show up with prostate cancer and you’re 95, we should say ‘go and enjoy, have a nice day, live a long life.’ There’s no cure and we can’t do anything. If you’re a young person, we should do something about it,” said Bloomberg, a former New York City mayor.

Bloomberg warned that society was not yet willing to make hard choices with respect to treating older Americans and this is “going to bankrupt us.”

There’s more at the original.

Why 95? The logic that Mr Bloomberg employed would be just as valid were the age set at 85, or even 75.¹ His logic is still subject to a judgement call, a decision as to at what age to set the treatment cut-off line.

The article author, Patricia Barnes, also noted that there are other conditions which lead to higher health care costs, specifically mentioning obesity. Well, that’s something that Mayor Bloomberg did think was the government’s business, as he proposed, and got passed, a New York City ordinance banning the sale of ‘sugary drinks’ larger than 16 ounces. It took a couple years of litigation to get this busybody rule overturned by the courts, costing the city and opponents many, many thousands of dollars in legal fees, all because “Mini Mike” thought that his judgement was not only better than everybody else’s, but that his judgement should have the force of law to override the individual’s personal choices.

Given that Mr Bloomberg thinks that the plebeians just ain’t smart enough, I suppose that his notion that his judgement is better is unsurprising:

“I could teach anybody, even people in this room, no offense intended, to be a farmer,” Bloomberg told the audience at the Distinguished Speakers Series at the University of Oxford Saïd Business School. “It’s a process. You dig a hole, you put a seed in, you put dirt on top, add water, up comes the corn.”

Uhhh, Mr Mayor, it isn’t quite that simple. But, with your superior intellect, I wouldn’t have thought anyone would need to tell you that.

“You put the piece of metal on the lathe, you turn the crank in the direction of the arrow and you can have a job. And we created a lot of jobs. At one point, 98 percent of the world worked in agriculture, now it’s 2 percent in the United States,” Bloomberg said.

It wasn’t long ago, within the last couple of years, I was at a counter ordering some food, and the price eluded the girl behind the counter. She couldn’t quite figure something out, so I did the math for her, in my head. It wasn’t hard at all, just simple addition, but it was beyond her. She seemed amazed that I could do that, and then she said that she had been told in school that she didn’t need to worry about that stuff, because there would always be a calculator close at hand. Perhaps all of that available technology hasn’t made people smarter, but more ignorant.

But, I digress. Mrs Barnes, a specialist in “age discrimination in employment,” after herself experienced in during the last recession, wasn’t above suggesting that the weaker-minded people need the guidance of Our Betters:

Why doesn’t Congress address America’s “new national epidemic” and enact sound policy changes, such as limiting unhealthy foods at schools and restoring “gym ” for all students. Congress could tax products that contribute to obesity or require informative labeling of food products Many blame lobbying by the mammoth food production and retail industries for Congressional inaction.

Let’s be plain about this: everybody knows that certain things aren’t good for you. People know that a Seven/Eleven Big Gulp and a death dog loaded up with chili and stuff² don’t exactly constitute healthy living, but people choose them anyway. The Philadelphia Inquirer noted that Philly’s soda tax remains in force:

Studies about the tax show that beverage sales in Philadelphia stores dropped after it took effect, while sales at stores just outside the city increased. Each side has its own take on the research, much of which has been funded by either the industry or public health advocates like former New York Mayor Michael Bloomberg. While opponents of the tax say the data are proof it’s hurting businesses and failing, supporters say a drop is to be expected — and is good for public health.

The article noted that the city’s 1.5¢/oz tax has raised over $200 million in revenue, but it has to be asked: from whom are the taxes levied? Sugary drink consumption is higher among poorer communities, and the patricians think it’s government’s responsibility to not only tell people what they should and shouldn’t do, but to use the power of government to dictate it.

Arrogance is a part of every politician; it has to be. A politician is saying, at its most basic level, ‘You should trust me to take decisions for you.’  And in some things, we need to have this done; basic government services are expected, and they need to be organized, authorized and funded.

But when you get someone like Mr Bloomberg, and Mrs Barnes, taking the position that government needs to do more than provide basic services, but to tell you how to live your lives, that’s a step too far, and needs to be resisted, and more than just resisted; it needs to be squashed.

As Jonathan Edwards once said,

Some man’s gone, he’s tried to run my life
Don’t know what he’s askin’
He tells me I’d better get in line
Can’t hear what he’s sayin’
When I grow up, I’m gonna make it mine
These ain’t dues I been payin’
How much does it cost? I’ll buy it.
The time is all we’ve lost. I’ll try it.
He can’t even run his own life,
I’ll be damned if he’ll run mine 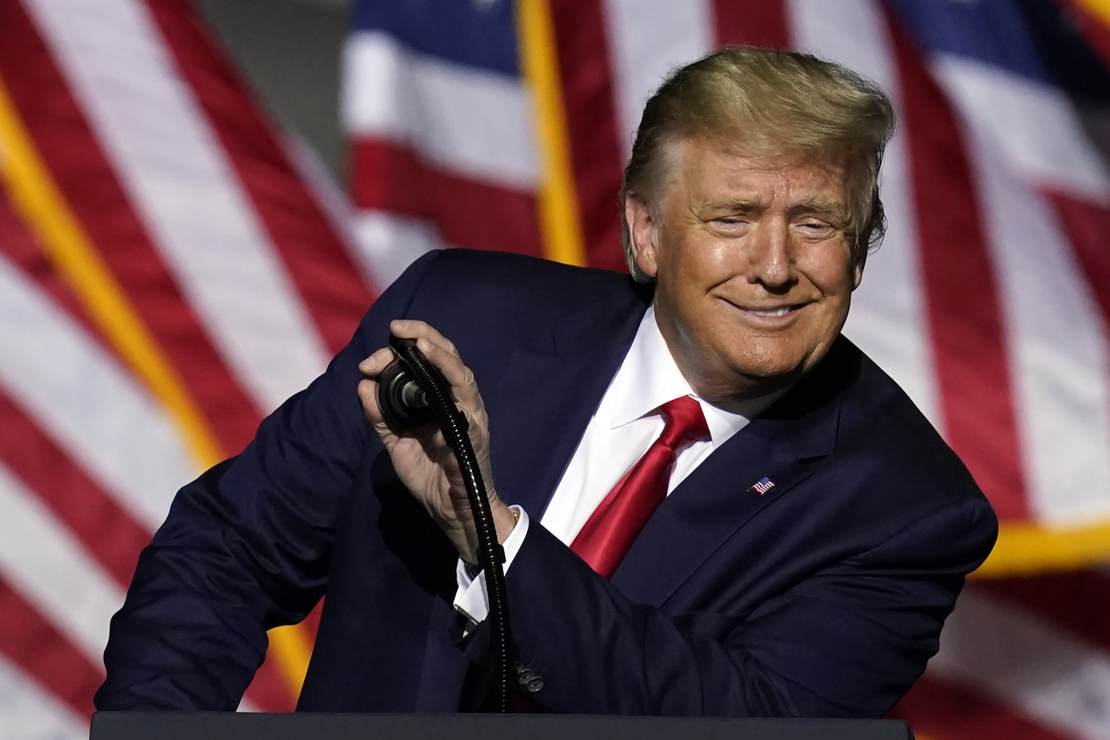 Germany has its own Dr. Fauci — and actually follows his advice