The Left Love Them Some Authoritarianism! 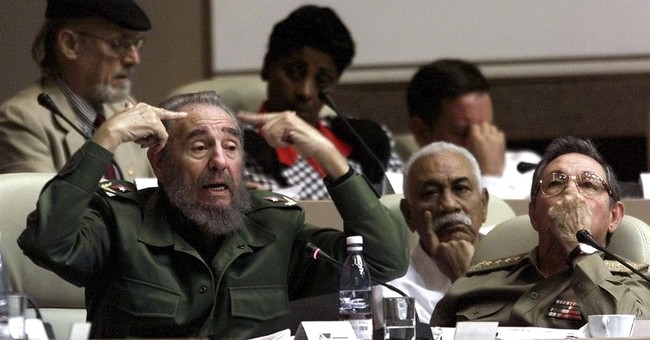 Coronavirus in China kept me under quarantine. I felt safer there than back in the U.S.

Our laissez-faire attitude, prioritization of personal freedom and utter lack of government leadership have left Americans confused and exposed.

When my family returned to the United States after six weeks of quarantine in Shanghai, our friends and relatives responded with congratulations and relief that we were finally safe. Less than a week since arriving back home, however, we don’t quite share our loved ones’ sentiments. We felt safer in Shanghai as conditions improved than we do in the U.S.

Our anxiety was triggered as soon as we stepped on American soil. In China, airport medical checks happened before we were allowed into areas with other passengers. At Chicago O’Hare International Airport, we waited in line with hundreds of other passengers at border security before finally being identified as having just returned from China. At that point, we were escorted to the side by an apologetic young man in a Centers for Disease Control and Prevention jacket who checked our temperatures and gave us a packet informing us that, as individuals traveling from China, the CDC requested we isolate ourselves as much as possible for 14 days. Airport staff never even asked where we were going.

I’ve now lived through a coronavirus quarantine in the two countries, and the differences are stark well beyond their airports. In China, the obligation to isolate felt shared and the public changed their habits almost immediately. Sterilization, cleanliness and social distancing were prioritized by everyone at all times. Rightly or wrongly, the Chinese state’s heavy-handed approach seemed to work.

In contrast, individual liberty is the engine that drives American exceptionalism. There are certainly valid questions about how much of it to sacrifice in the name of the public good, but our laissez-faire attitude, prioritization of personal freedom and utter lack of government leadership have left Americans confused and exposed.

There’s more at the original.

There are, of course, many reasons to feel safer in the People’s Republic of China: the crime rate is extremely low, and private ownership of firearms is almost entirely forbidden. From Wikipedia:

Political power grows out of the barrel of a gun (Chinese: 枪杆子里面出政权; pinyin: Qiānggǎn zi lǐmiàn chū zhèngquán) is a phrase which was coined by Chinese communist leader Mao Zedong. The phrase was originally used by Mao during an emergency meeting of the Communist Party of China on 7 August 1927, at the beginning of the Chinese Civil War. Mao employed the phrase a second time on 6 November 1938, during his concluding speech at the sixth Plenary Session of the CPC’s sixth Central Committee; again, the speech was concerned with the Civil War, and now also with World War II. A portion of the 1938 speech was excerpted and included in Mao’s Selected Works, with the title “Problems of War and Strategy”. Finally in 1964, the central phrase was reproduced again and popularized as an early quotation in Mao’s Quotations from Chairman Mao Tse-Tung.

The Chinese Communist Party knew all of that, and that is why they made private ownership of firearms illegal: the Communists didn’t want anyone else to have political power.

And thus China is safe, far safer than the United States in many respects. People are very safe there . . . as long as they keep their mouths shut, don’t rock the boat, and do as they are told. The “prioritization of personal freedom” is something nobody has to worry about in the People’s Republic, because it doesn’t exist. Criticize the Chinese government, the way Dr Perman did ours? That will earn you a quick trip to the police station, and probably many, many years being taught the error of your ways in prison, and Chinese prisons are not nice places.

It is easy for the Chinese government to impose the conditions they wanted: the people knew, do it or go to jail.

I am loathe to credit this response to some kind of ingrained “collectivism” that has developed during decades of Communist Party rule, but the communal buy-in to the need for universal behavior change was astonishing. Certainly the reality of authoritarian control, the subservience of the individual to the state or the collective, and the pressure to conform made widespread habit change both more feasible and acceptable, even if due to fear of retribution. But there was a palpable “all for one and one for all” ethos.

Perhaps Dr Perman, who seemingly approves of Communist controls, given that his wife and he moved their family to Shanghai “to give our son the chance to live a Chinese life,” is loathe to attribute the collective response to decades of tyranny, but I am not. The “subservience of the individual to the state or the collective” is apparently something he was willing to accept if he was going to emigrate from the US to the PRC.

So, yes, we can impose more stringent protections against COVID-19 . . . if we are willing to surrender the “individual liberty (that) is the engine that drives American exceptionalism.” Dr Perman apparently is; real Americans, not so much.
___________________________________
Please visit my Red State story archive for more of my articles.
My personal website, The First Street Journal, includes articles not necessarily in Red State’s paradigm.
You can follow me on Twitter. 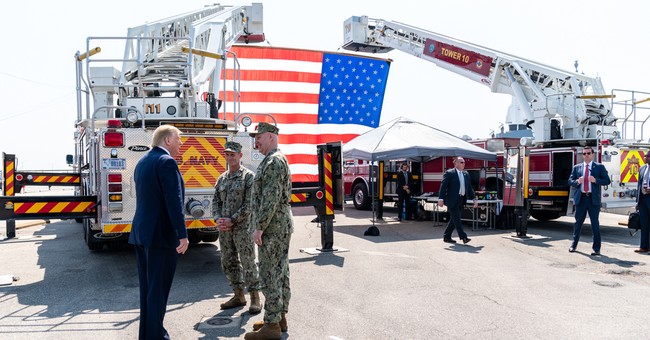 87-year-old Ruth Bader Ginsburg has different rules than the rest of us, refuses to stop working out with her personal trainer