Philly’s “Leadership” Has Surrendered to the Mob

No, not a crime family, but the fruits and nuts from Antifa and the like. From The Philadelphia Inquirer:

After three days of conflict at the Christopher Columbus statue, a South Philly police captain was transferred

The commanding officer of the police district covering a large part of South Philadelphia — including Marconi Plaza, the site of ongoing confrontations among residents over a Christopher Columbus statue — has been transferred to another assignment, officials said Tuesday.

The Police Department characterized the reassignment of Capt. Louis Campione as “one of several command changes that took place” Monday. They declined to say what the other changes were or what Campione’s new role would be.

Since Saturday, residents have gathered at the Columbus statue that gazes over Broad Street to either celebrate or denounce the controversial Italian explorer, whose place in history has become part of the ongoing national reckoning over longstanding issues including police brutality, racism, and discrimination.

Those supportive of Columbus have said they are protecting the statue from vandalism or removal, and some have stood guard with baseball bats, metal poles, or even guns. Counter-protesters, meanwhile, have decried Columbus — who historians say seized land and enslaved or brutalized natives — as a symbol of oppression.

Have those who have ‘stood guard’ over the statue actually used force to defend it?

Mayor Jim Kenney characterized residents seeking to “protect” the statue as vigilantes and has urged them to leave the plaza. District Attorney Larry Krasner, meanwhile, has hinted at possible criminal charges for people wielding bats or hatchets.

The gatherings have led to scuffles between members of opposing groups, and police have occasionally had to separate the two sides. Some counter-protesters, citing videos taken at the scene, said police at times stood by when Columbus supporters began shoving or punching them, or burning them with lighters or cigarettes.

But no film, huh? It’s easy to say that the people you oppose have done something. 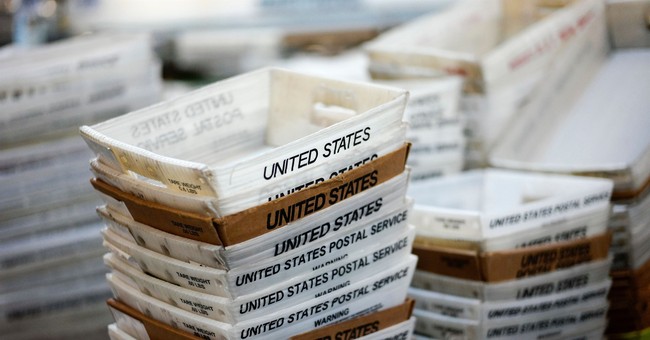 The Police Department has a spokesman deny that Captain Campione’s transfer was related to incidents at Marconi Plaza, while John McNesby, president of Fraternal Order of Police Lodge 5 said the captain was told he was transferred because he lives in the district, and that normally the Police Department doesn’t commanders to the communities in which they live. Another captain was transferred, ostensibly for the same reason.

Yet Captain Campione, a 43-year department veteran, has lived in the district he commanded for several year. Why would the Police Department transfer him now, if not because he didn’t support the mob?

In a statement, the police officers’ union said: “The Mayor and Police leadership are more concerned with appeasing the anarchist mobs descending upon our city and are less concerned about our citizens, our neighborhoods and the overall public safety of our great city.”

A straight-laced commander, Campione was known as “Father Lou” by some and officers have credited him with working closely with community organizations and churches during his decade as a police leader in the neighborhood.

Some residents supportive of Campione planned to protest Tuesday afternoon at Broad Street and Oregon Avenue, describing his transfer as “a spiteful, vindictive move.”

We have previously mentioned the anti-police and pro-criminal sympathies of Philadelphia Mayor Jim Kenney and District Attorney Larry Krasner.  Police Commissioner Charles Ramsey retired in January of 2016, coinciding with the end of Mayor Michael Nutter’s term. Mr Nutter had brought him out of retirement when he began his term in 2008, and crime in Philly steadily declined: the city’s homicide rate dropped 37% and violent crime 31%. In the city’s nine most dangerous districts, which account for 65% of homicides and 75% of shootings, homicides dropped by over 40%. Ramsey’s tactics included installing a network of surveillance cameras in the city’s most dangerous sections, increasing the number of cops on the beat, and moving police patrols out of their squad cars and onto foot patrols or bicycle patrols.

In 2016, there were 277 homicides in Philly, a drop of three since Commissioner Ramsey’s last full year. But, subsequent to that, the numbers steadily rose to 315, then 353 and then 356. Mayor Nutter might not have been the best in Philadelphia’s history, but he sure wasn’t the worst, the worst being his successor, Jim Kenney. Instead of focusing on reducing crime, Mr Kenney was big on taxing ‘sugary drinks,’ setting up ‘supervised injection sites,’ where junkies can shoot up ‘safely’ when even Governor Jerry Brown (D-CA) vetoed a law which would have allowed San Francisco to open one, worrying about global warming climate change, continuing ‘sanctuary city’ policies, and opposing President Trump.

It’s not surprising that the city leadership has fallen in line with the demands of the mob, but, being wealthy white men themselves, they can never really be allies with the mob; if the mob ever got their hands on them, Messrs Kenney and Krasner would be shocked, shocked! to find out that they were among the first ones lined up against the wall.  As long as you allow Antifa and the radical left to run a Lord of the Flies type of ‘regime,’ you should never expect loyalty of lawfulness.

“A public process will allow for all viewpoints — especially those of indigenous people whose ancestors suffered under the rule of European colonizers — to be considered,” the mayor wrote on Twitter Tuesday morning. “With this, I hope the tensions in Marconi Plaza can end.”

I suppose that I would believe that the mob were really concerned about “indigenous people whose ancestors suffered under the rule of European colonizers” when we see them start to pack up to move to the lands of their ancestors, though that would hardly be enough, because their Old World ancestors were conquerors themselves, having defeated, ruled and either absorbed, expelled or exterminated the populations living there before. But maybe to the #woke, that doesn’t count.
________________________________
Please visit my Red State story archive for more of my articles.
My personal website, The First Street Journal, includes articles not necessarily in Red State’s paradigm.
You can follow me on Twitter.