Dr Richard Levine, who goes by the name of “Rachel,” is Pennsylvania’s Health Secretary. Dr Levine, born a male sometime in 1957 — for some reason sources do not have his exact birthdate — and the father of two children, David and Dayna, decided that he wasn’t male and ‘transitioned’ to become a faux female in 2011. As my website, The First Street Journal’s, Stylebook notes, I do not accept the silly notion that a person can simply change sex:

Those who claim to be transgender will be referred to with the honorific and pronouns appropriate to the sex of their birth; the site owner does not agree with the cockamamie notion that anyone can simply ‘identify’ with a sex which is not his own, nor that any medical ‘treatment’ or surgery can change a person’s natural sex; all that it can do is physically mutilate a person.

But that website is hardly considered the mainstream media, and the credentialed media have bought all in to the transgender mythology. From The Philadelphia Inquirer:

“I won’t apologize,” Ellis wrote in a statement shared on Twitter Monday night, adding that “misgendering a person occurs when you do not accept biological fact.”

Note that the unsigned Inquirer news article claimed that Miss Ellis “intentionally misgendered” Dr Levine, an affirmative statement which claims that Dr Levine is female. This tells you the editorial position of the Inquirer.

Jenna Ellis is absolutely right: “misgendering a person occurs when you do not accept biological fact.”

Levine is one of just a small group of high-profile transgender public officials in the United States, and she is the first transgender person to lead a Pennsylvania state agency. Last month, she denounced a series of recent transphobic attacks against her, telling reporters she felt compelled to personally address the discrimination.

“While these individuals may think that they are only expressing their displeasure with me, they are in fact hurting the thousands of LGBTQ Pennsylvanians who suffer directly from these current demonstrations of harassment,” Levine said.

No, Dr Levine, people are not “only expressing their displeasure with (you),” but stating what they know and understand to be the truth, that transgenderism is a delusion, a mental illness, and sensible people do not accept it. To be ‘polite,’ to not refer to ‘transgendered’ individuals by their biological sex is to refuse to surrender one’s personal beliefs and scientific fact to political correctness.

In the year 2525, long after the nuclear apocalypse has destroyed what now passes for modern society, an anthropologist in recovering society, searching for clues as to what the earth was like before the war, will come across the buried body of Dr Levine. In his examination of the remains, little more than a skeleton five centuries from now, he will write in his notes, “Examination of the subject’s pelvis indicates that the subject was male.” Upon discovery of some fragmentary DNA, analysis will confirm the presence of XY chromosomes, confirming that the subject was male. Those will be objective determinations, not subjective ones. Objective means not “influenced by personal feelings or opinions in considering and representing facts,” while subjective is “based on or influenced by personal feelings, tastes, or opinions.”

Is telling the truth rather than accepting the delusions of the ‘transgendered’ “hurting the thousands of LGBTQ Pennsylvanians who suffer directly from these current demonstrations of harassment,” as Dr Levine claimed? Hurting their feelings, pretty definitely, but there comes a point at which lying to yourself is an injury to your own heart, to your own soul. To accept the mental illness of others is no favor to them; it simply reinforces their delusions and keeps them from getting the help they need.

That the editors of The Philadelphia Inquirer and the other organs of the credentialed media are comfortable in lying to themselves is their problem, but, in the end, it becomes our problem as well, as their continual denials of the truth impacts us all. If the Inquirer can lie to us about something as basic as a person’s sex, how can we trust them to tell us the truth on other things. Professional journalism has always taught that the “5 W”s, who, what, when, where, and why, sometimes followed by how (5W+H), are essential for a story. Misgendering the “who” question by going along with a person’s desired falsehood is an offense against journalism, an offense against the truth, and simply because it might hurt someone’s feelings is no reason and no excuse. The professional editors might do it, but I never will.
_________________________________
Please visit my Red State story archive for more of my articles.
My personal website, The First Street Journal, includes articles not necessarily in Red State’s paradigm.
You can follow me on Twitter. 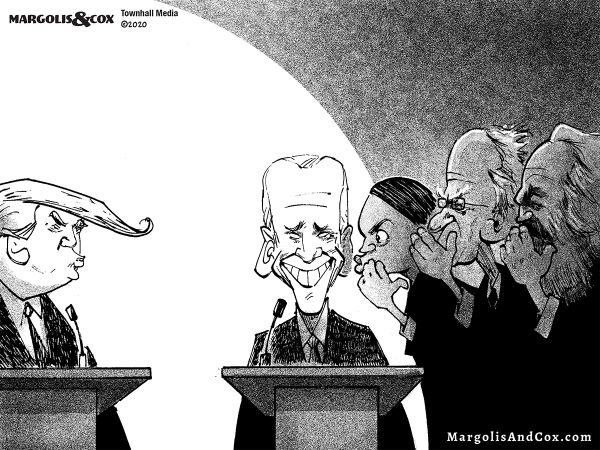