Will the Real Barack Obama Please Stand Up

No doubt those who took time to listen to the SOTU address certainly realized that it was a canned speech that Barack used in 2008 and 2009. A few bells and whistles added to get viewer’s attention, but the sad part is the man giving that address (State of the Union) in 2014 appears to have some serious health issues.

Compare Barack Obama physical stature in the 2013 SOTU address and the 2014 SOTU. In 2014 his designer suits seem to be looking for a place to call home, hands shake at times and notice how he repeatedly grabbed the sides of the podium almost as if he was afraid of toppling over.

His face is gaunt, his eyes are dull and sunken and his entire SOTU address showed no real enthusiasm, conviction or excitement. There are big problems in the White House; Barack Obama has lost his charisma, his charm as one of the greatest orators in the USA.

Possibly Soros and Podesta realized Obama was losing ground and needed to be rescued so they jumped into our White House and took over the reins.

Two things to ponder; (1) Obama would never demote his friend and confidante Valerie Jarrett, and (2) According to Politico Obama said after a meeting with Soros,“ If we don’t get anything out of him,” Obama told an aide “I’m never f-ing sitting with that guy again.”

Either Obama sold his soul to Soros or old George positioned himself to take over our White House with or without Obama’s consent. You be the judge, is Obama just dysfunctional, disengaged and pre-occupied or ????? 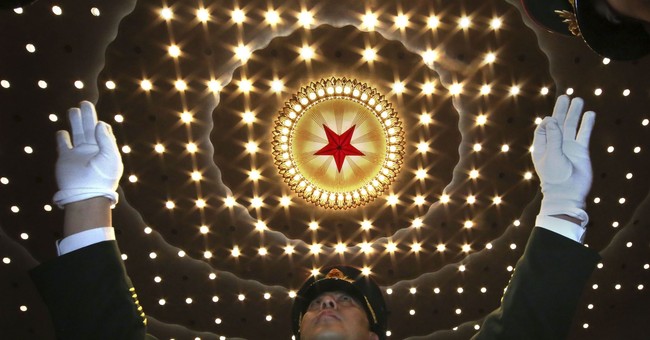 Obama has had some pretty serious gaffes, but 2013 was his 5th year in the White House and one would think that his aides, speech writers and advisers would have gotten him up to “snuff” by now.
He’s been in our Country for several years and still stumbles and fumbles around with his geography. My bet is he was flying solo without a teleprompter when he said this to Jay Leno according to Russ Bynum’s story at AP.

Obama said to Jay, “If we don’t deepen our ports all along the Gulf — places like Charleston, South Carolina, or Savannah, Georgia, or Jacksonville, Florida — if we don’t do that, those ships are going to go someplace else. And we’ll lose jobs. Businesses won’t locate here. “

What do you do when the president’s own words make him look incompetent? AP knew the solution so they did a bit of editing by adding parentheses thinking it best not to expose the ignorance of the Commander in Chief! Here’s AP’s version of the President’ talk with Leno notice the parenthesis

If we don’t deepen our ports all along the Gulf — (and in) places like Charleston, South Carolina, or Savannah, Georgia, or Jacksonville, Florida — if we don’t do that, those ships are going to go someplace else. And we’ll lose jobs. Businesses won’t locate here.

During the interview Obama said these three things – hard to believe, but true.

1. Obama said Leno Vladmir Putin was the “head of the KGB.” No he wasn’t. Not even close. Update, Putin served 15 years as a foreign intelligence officer for the KGB (Committee for State Security)

2. Obama confused the Summer Olympics with the Winter Olympics. Understandable since he’s usually vacationing during winter and summer months – he can’t be expected to remember the difference between seasons.

3. Obama can see South Carolina from the Gulf of Mexico. Come on guys; give him a break when one flips in and out of our Country on temporary visas, they can’t be expected to know our geographical history or how many States in our Union.

Obama is looking mighty haggard and puny these days, maybe it’s not a health issue. Possibly it’s a compilation of lies and murders ( Fast and Furious and Benghazi) that has taken its toll on the Commander in Chief. His problems could be physical or mental – regardless of the reasons Obama is having problems functioning.

It could be stress and anxiety because he’s losing his base and the White House has been taken from him. But it’s hard not to remember President Obama and his best friend Rahm Emanuel (chief of staff) who used his rent free condo of Rosa DeLauro (D) for partying. It certainly is a small world!

Rosa’s husband is Stanley Greenberg of Greenberg’s consulting firm who did the BP’s recent rebranding drive as a green petroleum company, including slogans and green signs “Beyond Petroleum http://latimesblogs.latimes.com/washington/2010/06/rahm-emanuel-bp-gul-oil-spill.html#sthash.Z8iyyc2M.dpuf

And of course we all remember Man’s Country and the gay club (Down Low) of Obama & Reverend Wright’s where three gay men were murdered after Obama announced his run for the Presidency.