Liz Warren is in trouble in Massachusetts

With jockeying already underway for the position of 2020 Democratic nominee for President, Massachusetts Sen. Liz Warren—a leading contender—might not make it to the starting line, if fresh polling is to be believed.

From WBUR in Boston, there’s some bad news for the woman looking to position herself as the female version of a Bernie Sanders-Ted Kennedy hybrid, fired up and ready to go already for a contest taking place in almost four years:

Over four years in office, Elizabeth Warren has staked her claim as the Senate’s liberal lion.

But according to a new WBUR poll, only 44 percent think Warren “deserves reelection.” Forty-six percent think voters ought to “give someone else a chance.” The 47 percent? She’s more worried about the 44 percent!

And there’s worse news for Warren. Contrary to what the “give someone else a chance” number might seem to suggest, Warren’s polling problem is not about her incumbency. Nope, it’s actually just about… her:

Warren’s numbers contrast sharply with those of Gov. Charlie Baker. His favorability rating is 59 percent — 8 points better than Warren. But what’s more striking is that only 29 percent of poll respondents think someone else should get a chance at the governor’s office.

Warren’s approval rating seems to be hovering in the same space—low fifties—according to this poll and another WBUR poll done back in September, in which it sat at 53 percent. But that’s hardly good news in the era of Donald Trump, in the bluest state in the country. You’d think if anyone could get their approval ratings up, it’d be Warren in this environment. Yet her state’s moderate Republican governor seems to be faring better, while she looks like she could be taken out relatively easily should either former Massachusetts Gov. and former Libertarian Party nominee for Vice President Bill Weld, or Massachusetts Lieutenant Gov. Karyn Polito, run.

What’s behind this trend? Back in September, when a University of Massachusetts poll came out showing bad news for Warren, I speculated that some of this might be the shift on her part away from aloof, left-of-center but above-the-political-fray, consumer-issues professor committed to serving Massachusetts to someone doing a hell of a lot of political shivving on behalf of the national Democratic Party itself and everyone’s favorite Democratic interest groups: Planned Parenthood, the American Federation of Teachers, and so on.

Indeed, in the last couple of weeks, we’ve seen Warren playing for the CSPAN cameras during a Betsy DeVos hearing (see this for more on who wants to take down DeVos). There was the refusal to shake hands. There was also a (ham-handed) “please put this in rotation on MSNBC” attempt to tie the topic of wasteful government spending in with Trump University.

There was her speech at the big anti-Trump rally in DC this weekend, complete with prominently-displayed Planned Parenthood scarf.

There was her messaging phone call with reporters proclaiming that Consumer Financial Protection Bureau head Richard Cordray—who is rumored to be planning a run as a Democrat for Ohio Governor— will sue for wrongful termination if he is fired from his job, even though he has allegedly overseen a spate of employment discrimination at the agency that has, incidentally, been ruled unconstitutional and engulfed in scandals ranging from alleged, egregious spendthriftiness to questionable handling of consumers’ private data in an era marked by continual hacking of government departments to misallocation of regulatory resources.

No one in Massachusetts could possibly be under the misapprehension that Warren was, at any point in recent memory, in the same space philosophically as, say, Weld, Baker, or heck, former Massachusetts Gov. Mitt Romney. But when they elected her, they may not have thought they were voting for a showboating political celebrity most interested in earning praise from national liberal figures and institutions, or someone who was pretty much in line with a self-proclaimed Democratic Socialist on every given issue.

All the stuff Warren has been doing of late will probably be very helpful in filling her campaign coffers to help her fight off what looks like a much-tougher-than-expected re-election bid. But that remains the point: Right now, she looks like she’s starting from a pretty crappy position, and she has only herself to blame for that—while her critics have only huge volumes of popcorn to consume while watching the drama unfold. 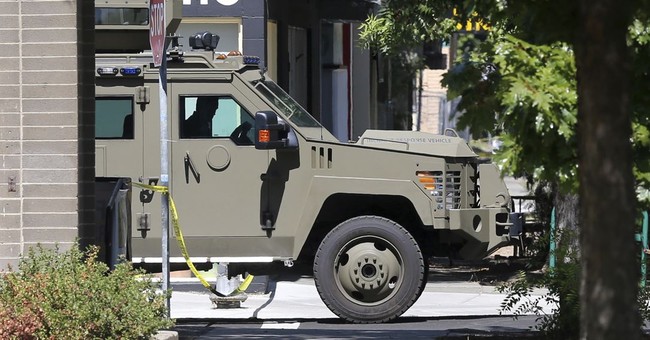