What Do You Do When the Firewall’s on Fire?

Apparently, if you’re a Democratic strategerist, you throw gasoline on it.

There is a lovely little meme being touted among the professional left today that the Democratic Party will withstand the vote of the people by wisely choosing most-likely winners and abandoning the probable losers in their party.  At first they called it ‘triage’ but that didn’t sound so good.  It made it look as though the Democratic Party was letting their members die in a pool of their own blood on a battlefield.  So, they came up with some new verbiage, that being the ‘firewall’ analogy.  First the Northeast was the firewall.  Then the firewall was around certain districts where they thought the candidates were ‘better’ candidates.  Finally, they are saying their firewall is around those in the districts with the best leftwing metrics.   Whatever they’re trying, it ain’t working.  The Real Clear Politics map of races that are in contention is growing on the blue side while the red side is creeping toward 218.

So, what are they doing to build this mythical firewall that isn’t working.  Well, their defense seems to be threefold.  First, excite the base by alternately calling them lazy losers and urging them to ‘Defend the Change’,  which sounds more like an argument for menopause than a campaign slogan.  Second, they are calling the American people, independents, moderates, conservatives, Republicans, and backsliding Democrats, stupid ignoramouses who are being led around by the nose by Fox News, Rush Limbaugh, and Sarah Palin.  Finally, they are trying to outspend, outlie, and outrage the American voter with an obscene air war that smacks of desperation and delusion.  So, why these strategeries?

The first is some kind of “Come to Jesus Obama attempt by the professional left and the political operatives to jolt The Party out of its complacency.  They believe the flock will come home and become enthused if the Petulant One just wags his finger and scowls.  They are banking on the spectre of The Won being harassed and blocked by these evil capitalists and crazies will cause a spontaneous reawakening for His Incompetency.  They are trying to nationalize the election while at the same time making it local.  They want THEIR people to see this as a national crusade while telling political moderates they’re just voting on a local dogcatcher, and not Obama’s Congress.  It’s not working because insulting people doesn’t really make them more likely to embrace you and pretending its local, but national, but local, scatters the message and confuses the messenger making them look quite foolish.

Their second strategery is to isolate and demonize the American populace that is against them.  They believe if they can paint the Tea Party movement and the Republicans as wild-eyed lunatics, the sensible people will realize they can’t vote for Sharron Angle or Rand Paul because they’re too scary.  They need to vote for sensible, rational, sane people, like the Democrats running against them.  Problem with this little firewall idea is, the American people have seen this boogeyman and it is them.  They are talking with their neighbors and friends in the actual movement and the Tea Partiers are just expressing the same fear and loathing they feel.  This ogre that’s being depicted starts to look like them, and it pisses them off.  They don’t want some smarmy, elitist, smugmeister telling them how to vote, or think, or feel.  As a result, there are people switching their votes because if Meg Whitman, who followed all the rules and did the right thing, is held out as some kind of hypocrite, what’s to stop these tyrants from doing the same to them?

Finally, the most important part of their firewall is their money.  The left is absolutely dedicated to the false premise that money buys elections.  They don’t believe they are wrong on any issue, so if they lose it’s obviously because the Republicans bought votes.  Republicans have rigged the system by airing ads that lie about their candidates and ideas, so since they have the power and the money, they are going to do the same thing back at them.  The shear number of ads and shear depravity of them will surely swing the election in their favor.  It’s game, set, and match.  But, of course, money only delivers a message, it doesn’t create one.  Money may get their name out there and may try to define their opponent.  But, all it can do is argue, not persuade.  Millions of angry and committed Americans are out organizing, talking, arguing and persuading others these ads are bogus.  These ads are unfair personal attacks.  These ads lack one thing, a positive path to the future.

So, the firewall is on fire, only the Democrats can’t quite believe it.  This is absurd, they tell one another in the professional left.  It should be enough.  Just organize your base, attack and smear your opponent, and spread your message far and wide.  It will keep their losses to a minimum and their power intact.

There is a problem with this plan.  The fire already spread beyond the firewall and is now licking at their feet.  The fire is behind them, in front of them, around them, and growing.  This fire cannot be put out with money, or political operatives, or silly games.  The fire continues to build because we know their games and we won’t be fooled this time. AOC's Green New Deal Pricetag vs. Cost Of Doing Nothing 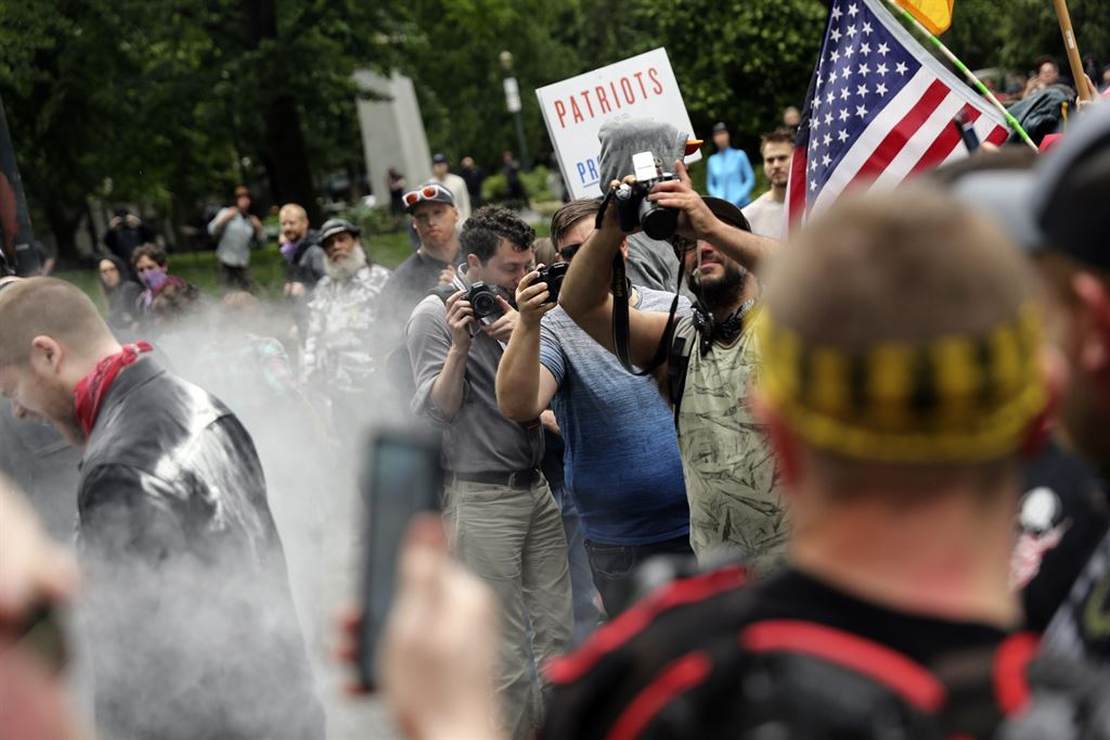 The Left Preps for Civil War: 'The Potential for Violent Conflict Is High'