How the Daily Kos did NOT sanitize its Weinergate coverage.

It all started when I decided to drink some of the pain of the Activist Left.

I was reading Mickey Kaus – who himself is no slouch when it comes to despising the activists that have essentially destroyed his current and my former party – when he linked to this in-retrospect-unfortunate Tweet by Kos referencing dKos’ rather embarrassingly wrong conspiracy theory about what was going on with Anthony Weiner and pictures of his genitalia*.  Tasty, tasty spinning of what was in the end a straightforward, if sordid situation involving a Congressman with too much of a sense of entitlement… but I kind of wanted to see some more wrongheadedness.  I freely admit it: there is schadenfreude involved here; I’m not yet a Buddha.

Fortunately, thanks to the miracle of tags you can do things like search for related stories, so I clicked on the #twitterhoax tag.  No entries show up.  So I scroll down to the search function, punch in ‘twitterhoax,’ and discover that ‘#twitterhoax’ brings back 14 entries, and ‘twitterhoax‘ brings back 1.  But none of the ‘#twitterhoax’ entries can actually be called up, while the ‘twitterhoax’ one can be. In other words, an entire set of (embarrassingly wrong) stories just happen to have had their tags not working.

And if I had been somebody like Lefty blogger Cannonfire – or a Daily Kos diarist – that’s where I would have stopped.  Because I had my answer, right?  Daily Kos is scrubbing its search engine by disabling tags!  They were just sloppy and missed one!  Much smarter than deleting inconvenient stories!  However, I’m not a Lefty blogger and/or diarist; so I said to myself, Moe, is it possible that the problem here is that pesky ‘#’ at the beginning?  Maybe it confuses the search engine. So I checked, and lo: if you punch in “#p2” (a perfectly reasonable tag for a Lefty site), you’ll see that the results for #p2 likewise shows an entry that cannot be called up.  The same is true for #tcot.  Two counter-examples that neatly demolish what was promising to be a delightfully entertaining coverup; but alas, that’s life.

So why am I bringing this up?

Because this illustrates an important life lesson: when you are investigating possible skulduggery, DON’T STOP WHEN YOU GET THE ANSWER THAT YOU WANT.  Look at that Redstate post about Cannonfire again for an illustration of this point.  Cannonfire desperately wanted to prove that somebody else had posted a photo to Rep Weiner’s account, and as soon as he found a way that looked plausible he seized on it, without thinking to check whether it was true or not (and, of course, it was not true).  For that matter, there was an abortive attempt to claim that the photo itself was faked; it failed when people checked, and found that the ‘evidence’ was nothing of the sort.  Ironically, this happened on dKos itself; unsurprisingly, nobody learned the necessary lesson.

And (again) what’s the lesson?  Put it yet another way, it’s this: if you have a bombshell allegation, then the first person who should be out there trying to disprove it should be you. This is because somebody out there is going to push back on your allegations, and if you haven’t taken the time to think up the three most obvious ‘there must be a reasonable explanation for all of this’ then you run an excellent chance of being bitten on the butt.  Imagine, for a moment, that I had not double-checked my original allegation that dKos had scrubbed its search function and simply run with the story on the front page of RedState.  It would have gotten some buzz.  People would have linked to it or seen it.  Some kudos would have gone my way.  And then, when it turned out that the whole theory could be (and was) easily debunked, then I (and to a lesser extent, my site) would look as silly… as everybody on the Left who pushed the “It’s a fake!” Weinergate narrative, actually.

So double-check your work, folks.  Don’t let what happened to them happen to you. 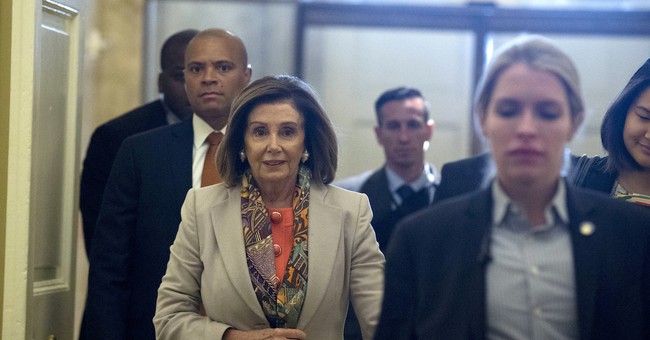