I’ll be the first to tell you that at the statewide, Congressional and Presidential levels you can’t win as a candidate without airtime. You will need to spend, sometimes significant, money on TV ads, even radio ads. But at a certain point, there is a diminishing return on what TV ads will get a candidate, especially in the last few weeks when it seems every ad on every station is a political ad. Ads become white noise at that point.

While both sides of the political aisle will spend literally hundreds of millions of dollars on TV ads in 2012, the smart money in 2012 will not be in TV ads. Joe Trippi, the Democratic strategist, was on Fox News Sunday several weeks ago talking about this topic, and I agree with him. At some point, you only get so much bang for the buck with TV ads. I think we will be at that level, and beyond, this year. Trippi made the point that GOTV is what will make the difference this fall, not more money into ads.

There are several things that show me that the smart money in the fall will be into targeted grassroots work. T o be clear, when I say grassroots work, I don’t mean bus tours or rallies. I mean hard-hitting, targeted door-to-door, live phone banking in key precincts and counties across the country. The Left is already onto this. The New York Times reported in May what the Left is focusing on grassroots for the fall:

“. . .instead of going head to head with the conservative “super PACS” and outside groups that have flooded the presidential and Congressional campaigns with negative advertising, the donors are focusing on grass-roots organizing, voter registration and Democratic turnout.”

Later in the article, Steve Phillips, a Left donor out of San Francisco, stated: “You can dump 10 or 20 million in TV ads in Ohio and try to reach the persuadable swing voters there, or you can up voter turnout among Latinos in Colorado and Arizona and win that way,” Mr. Phillips said. “It’s much cheaper.”

Then consider what took place in Wisconsin last week. While the dynamics of Wisconsin are different than a national race, there was a telling paragraph in a post-election Reuters piece:

“Exit polls taken on Tuesday, however, indicated the ads may not have been a decisive factor; nearly 90 percent of voters say they chose their candidate before the ad barrage.”

So essentially the tens of millions of dollars dumped into TV ads in the last few weeks in Wisconsin did two things: line the pockets of consultants and help pay the bills at TV stations. The impact on the actual voters was minimal at best.

This is all to say that conservative donors, Republican donors, had better figure out what they’re doing to fund effective GOTV, targeted door-to-door work in the fall because that will be the difference, not only in the Presidential race, but in Senate and House races across the country.

Cross-posted from The Madison Project. 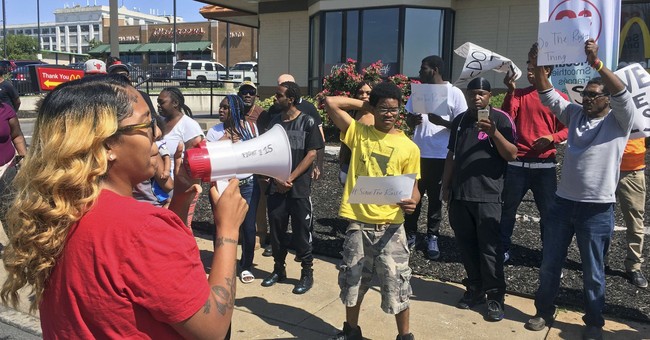