Excuse me, Mr. Congressman, is that an Altar in your pocket, or are you just glad to see me?

Remember that part of Ghostbusters where the pagan temple was on top of the Manhattan skyscraper? Well, evidently there’s several more at The Capitol, and WE are the burnt offerings upon the altars!

Dan Perrin at RedState outlines the dozen sacrifices required by the Democrat’s pagan gods. (Many thanks to Erick’s Morning Briefing)

They are killing off the chances of passing all of their other agenda items, and by sacrificing so many of their principles to the pagan health reform God, they have left their own supporters disgusted and listless.

But to their opponents — the sacrifices made to the Pagan God have resolved them to do everything they in their power to stop these radical, dangerous people who have their hands on the public treasury and who are putting us deeper into debt — and who will not listen. It is a politically toxic combination.

Indeed, there is magic in that mystical number twelve, since Moe Lane has discovered an equal number of Democratic Congressmen pimping themselves out for “access” through a lobbying firm.

So remember this, the next time anybody on that list – or, honestly, any Democrat – talks about the evil of lobbying: the sound you hear isn’t scorn towards those who would try to pay for influence. Nope. It’s scorn towards the rubes who don’t know how to tell when a Democrat is gaming the system.

The climate of fear and uncertainty they are cultivating is calculated to cow the public. No wonder the “economic recovery” so touted by the ObamaMouthPieceMedia is DOA.

Democrats have inserted themselves into every aspect of the economy proposing and instituting changes that stifle recovery or threaten to as we see with cap and trade legislation and health care.

One way to fight back is to support Scott Brown who is running for the US Senate seat (now vacant) for Massachusetts. Curt Shilling endorses him and has plenty to say about stopping the madness.

In fact this madness is like a cancer, even spreading through the halls of America. The latest physician has taken a “wait and see” stance on the festering tumor.

This is how it begins — and ends. That is, the decadent myth of liberalism is ultimately rooted in a crude relativism that reduces truth to opinion, and therefore exalts cosmic stupidity above all. The bang of Marx ends in the whimp of Obama…

Once this is accomplished, there is no longer any ground for permanent truth, nor any way to arbitrate between competing truth claims. Therefore, raw power rushes in to fill the vacuum. It’s as simple as that. The irony is that so many “sophisticated” liberals supported Obama for his “brains,” when they were actually ratifying his muscle. The Chicago Way is not about thinking. It is about shoving and bullying — the Ferragamo boot on the neck. It is the politics of the mid-brain, not the frontal lobes.

[…] Russell Kirk notes that decadence “amounts to the loss of an end, an object.” Obama openly and explicitly severs America from its spiritual end, its telos, its reason for being. We will either continue to decay and deteriorate with bat-faced liberals leading the way down into darkness, or be reborn in the light of our original mandate and purpose, forged and fought for by men both wiser and braver than the hollow poseur who occupies the White House, and sanctioned by heaven.

The United States of America is the greatest nation in the entire history of the World. We are a Beacon of Hope and Freedom to untold millions, billions. We have the support of our honorable Allies, throughout the family of civilized, free nations. To date, we are the single nation capable of planting its flag on another Heavenly body.

Are we to believe that we cannot prevail against a movement of illiterates, led by a nihilist, inspired by a creed straight out of the Dark Ages? 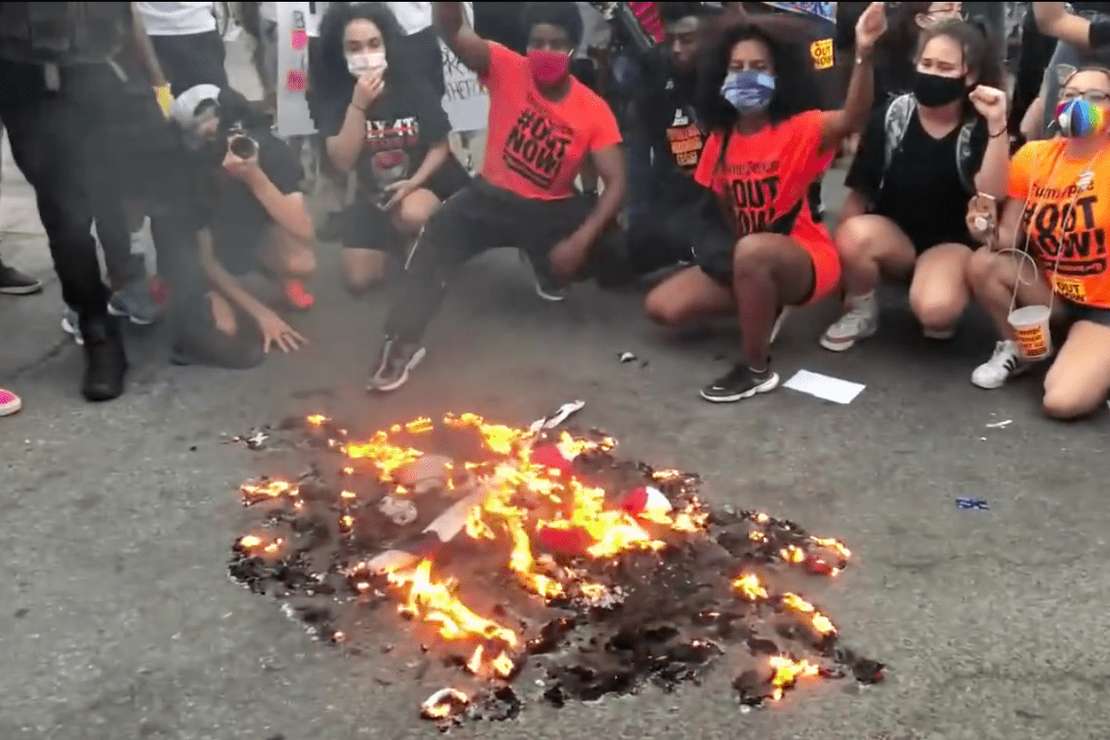