Colorado Governor John Hickenlooper’s governorship hit a new low in the depths of his indecision this weekend; this is quite a feat considering that the majority of his platform has been, thus far, literally, TBD.  Complete Colorado reports Hickenlooper has now taken one of the worst offending indecisions of his tenure and made it even worse. Hickenlooper has moved from not making a decision, to holding even the public discussion of his inability to make a decision, hostage.

Nathan Dunlap is one of the most brutal murderers in Colorado’s history, a history tragically peppered with too much senseless violence. On December 14th, 1993, Dunlap calculatingly executed four of his former co-workers and shot yet another in a Chuck-e-cheese children’s restaurant. He coldly bragged about the murders in jail and showed no remorse throughout a long trial process. Dunlap was sentenced to death almost 20 years ago. Many Coloradans believe if the death penalty exists for a single person, it’s Nathan Dunlap. He has spent the last two decades exhausting every appeal option. Last May the date of his execution was set, and the last potential stop in the system was Governor John Hickenlooper.

Everyone believed Hickenlooper had a binary choice; allow the execution to move forward, or grant clemency to one of the most vicious killers Colorado has ever encountered. The Governor faced pressure from advocates for each option. The wait for justice for the families of these victims has exceeded the age of their most of their loved ones before their lives were tragically extinguished. The Governor’s powerful Chief of Staff, Roxanne White, tweeted from the hearing where the date of the execution was set, decrying the brutality of the death penalty and making the execution a race issue. White then threatened to quit if the Governor allowed the execution to move forward.

Hickenlooper had two choices, and he chose neither. The Governor utilized a little-known state constitutional provision and granted a “temporary reprieve,” effectively halting the execution until another Governor reverses his decision. Regardless of one’s stance on the death penalty, the decision, or lack thereof, was the ultimate cop out. The Governor ran for his first term knowing he would likely have to make the final decision on the fate of Nathan Dunlap, as his appeals were close to exhausted. Hickenlooper told the people of Colorado he was in favor of the death penalty for the most extreme cases when he ran, and across the state “extreme cases” meant “Nathan Dunlap”. 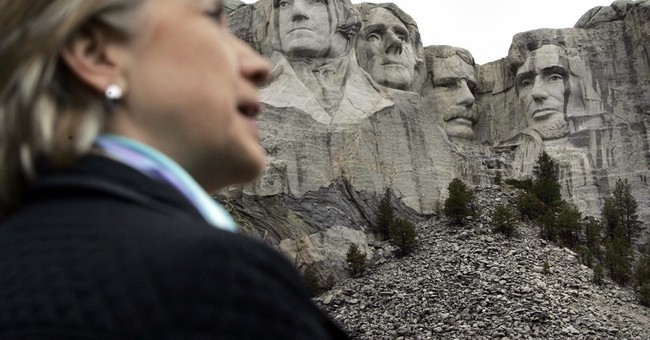 Now Complete Colorado reports that in an interview with CNN earlier in February this year, Hickenlooper has essentially decided to hold the mere discussion of the entire issue hostage:

”And, you know, if that becomes a political issue, in that context within a campaign, um, obviously there’s a period of time between the election and, and the end of the year where individuals can make decisions, such as a governor can.”

Hickenlooper argued in the interview that if the issue becomes a “political football” within his campaign for reelection, he may go ahead and grant clemency should he lose in November. To use the cloud of an action post-election to try to prevent the voters from a fair scrutiny of his record has pulled Hickenlooper’s “aw shucks” inability to create a declarative sentence to something much more concerning and nefarious. We already know Hickenlooper believes that we should return to the days where there is little or no sunlight on political decisions, but he is now holding what is communicated to voters about his record ransom, and the price? The justice some Colorado families have been waiting for decades to see.

The irony, of course, is that the one person who made the execution of one of Colorado’s most vile killers a “political football” is Hickenlooper himself. He punted on a decision he knew he would have to make as Governor when he ran, and essentially made a race against any opponent a referendum on the death penalty for a single person. Now Hickenlooper is using the threat of a post-election-loss clemency as a way to hold the mere discussion of his indecision hostage, the people of Colorado can’t even have the dialogue the Governor claims we must have about the death penalty. Colorado is worse off for it.

Who is Yusra Khogali and Why Does it Matter?