Humble leviathan, Before It’s Too late

This last week has produced several stories that demonstrate the growing gap between the citizen and the state that theoretically serves us. While the six million bucks Democratic pollster Mark Penn received from the stimulus bill is hard to swallow, it’s just a symptom of a bigger problem. Most shook their heads when Vice President Biden declared that the stimulus exceeded expectations, but it has largely achieved its purpose. It was designed to benefit one constituency, government employees. During the course of this recession 7.3 million Americans in the private sector have lost jobs, over four million of those after the stimulus bill passed, while public employees remain largely unaffected. In fact, the federal government is in the midst of a hiring binge.

USA Today released a story that should be a must read for every American. There, in black and white is evidence that the story of the “haves and have nots” in our country is becoming increasingly dependent on whether one works for the government or as part of the dwindling productive class. The numbers:

“Federal employees making salaries of $100,000 or more jumped from 14% to 19% of civil servants during the recession’s first 18 months — and that’s before overtime pay and bonuses are counted.”

When the recession started, the Transportation Department had only one person earning a salary of $170,000 or more. Eighteen months later, 1,690 employees had salaries above $170,000.

The trend to six-figure salaries is occurring throughout the federal government, in agencies big and small, high-tech and low-tech. The primary cause: substantial pay raises and new salary rules.”

The overall employment figures since the beginning of the recession: federal government jobs have increased by 192,700, a gain of 9.8%, state and municipal jobs saw a smaller increase of 33,000, for a gain of .2%, while as mentioned earlier, the private sector shed 7.3 million jobs, for a loss of 6.3%.

The stimulus bill, even with its massive bailout for profligate state governments’, wasn’t enough to insulate municipal and state workers from the effects of the recession. To maintain full employment for government employees, MA and many other states saddled their already struggling citizens’ with huge tax increases. I won’t say unprecedented, because what they are doing is straight from Hoovernomics 101. For the hard-pressed residents of MA, the 25% increase in the sales tax to 6.25% and applying that tax to alcohol has proven insufficient to balance the budget. To remedy this shortfall, they held hearings on Beacon Hill with the goal of raising the gas tax by another 13%.

Adding insult to injury most cities and towns have decided to play pigpile on the taxpayer by raising property taxes. The city of Boston just announced a whopping 6.3%increase. Mayor Menino waited until he was safely re-elected before he shared this little bit of holiday cheer with the residents of Boston.

How is it that when many Americans are suffering, government employees are thriving? Simple. Big unions, both public and private spent a ton of cash electing democrats and that bet has paid huge dividends.The nexus between big government and big union is best represented in the person of Andrew Stern, head honcho of SEIU. He boasts of spending over 60 million dollars of his members’ dues to elect President Obama. So, it should come as no surprise that he has been the most frequent visitor to the Obama White House or that his members were deployed as shock troops during the August town halls. I wonder if his purple-shirted goon squad saw any irony in the words “Don’t tread on me” written on the Gadsden flags Kenneth Gladney was selling before they beat him senseless.

How can we prevent the big union, big government combination from taxing us into oblivion? We need to use the petition process and the ballot box to stop them in their tracks. It won’t be easy, but our forefathers faced much longer odds in their struggles. Their lot required the use of bullets and bloodshed to first gain independence and the freedoms we enjoy and later to prevent disunion and end the abhorrent practice of slavery. How can we call ourselves worthy of their inheritance if we shrink at the first sign of SEIU thugs? I believe our way of life is worth fighting for, even if it means we will be on the receiving end of epithets at best and fists at worst.

Some ideas to achieve the end of preserving constitutional government:

The large sums of money, derived from compulsory dues government employee unions like AFGE, AFSCME and the NEA spend lobbying for ever bigger government should be banned. These sums break the spirit if not the letter of the law of the Hatch Act. Any member of these unions should be free to donate to any candidate or party they choose, as is their right under the first amendment.

The seperate and unequal health and retirement programs of government versus private sector employment should end. All new hires to any government should pay into the social security system and receive their health benefits on the private market. Just like the people they work for. The only exceptions to this rule being members of the US military, members of the intelligence communities and police and firefighters. These are people that put their lives on the line for us every day and their careers do not lend themselves to retirement at the age of 65.

Amending the Constitution to require a balanced budget with an exception for national emergencies. These should be limited to real emergencies like war and natural disasters, not the latest omnibus spending bill only has 936 earmarks in it.

Constitutional amendments on both the federal and state levels setting term limits. Being an elected representative is an honor and a privilege that was never intended by the founders to be a career.

Constitutional amendents on the federal and for states that don’t already do this, making legislatures meet for only a part of the year, with provisions for recall by the president or for states, governor, in case of emergency. Legislatures should do the peoples’ business and go home. Meeting year-round only leads to mischief ie. they find ways to spend the peoples’ hard earned money. 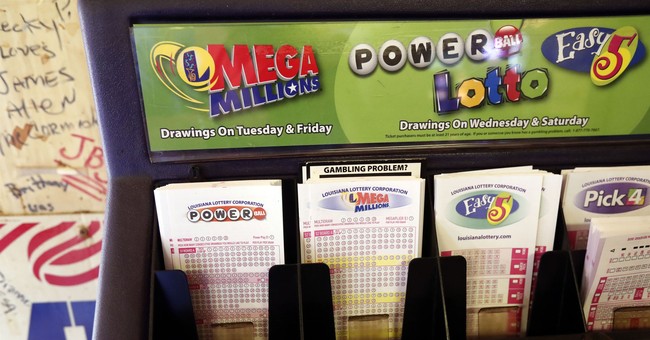