Suave ran down the show.

Also on the show, Kathryn Randall Collins (D) to put her PCW Women’s title on the line against Kalee Jones- The Eskimo Queen (R).

O’Beck Bahama (D) Retires
Suave announced that former PCW Champion O’Beck Bahama had a recurrence of Post Concussion Syndrome after taking a chairshot from Christopher Dodd (D-CT), chairman and CEO of the Motion Picture Association of America nearly two weeks ago on PCW Politics is War and has retired from pro wrestling for good.

Bahama walked out to a standing ovation from the Tallahassee crowd and thanked everyone.

Then backstage, PCW Daniel-San ruffled a lot of feathers with his remarks about his recent ‘rebirth.’

Daniel-San’s ‘Turn’
[After a two minute sequence that saw near-falls by both wrestlers and had the crowd on their feet, John Creese and his Cobra Conservative gang (R) – Johnny, Dutch, Tommy, and Jimmy, made their way to the ring.  Creese and his group entered the ring and it appeared they were going to attack Daniel-San again.  However, Creese sic’d his Cobra Cons on Valora.

Salinas, an independent with no real allies to come to her rescue, was obliterated by the four on one attack and then decked by a Crane Kick by Daniel-San that nearly took her head off.  Unconscious on unable to defend herself, Daniel-San slapped on the Labell Lock and the referee called the match.  However, Daniel-San refused to release the hold, even after Mrs. Miyagi pleaded with him to do so.  Creese’s Cobra Cons then annihilated Mrs. Miyagi and left her in a crumpled heap in the ring.]

Daniel-San: “That’s right.  I beat up a woman.  But not just any woman- so they say.  The great Valora Salinas.  The Queen of Hardcore.  Former Wrestling Midwest champion.  Former Missouri Valley Wrestling champion.  The woman who could kick any man’s ass in the ring.  And I made her tap.  I stopped her alleged ‘path of rage’ through PCW.  I did that- why?  Because, one, I’m that good and, two,  that’s what I get paid to do.  Let me reiterate this- that’s what I get paid to do.  So when one of my ‘fans’ comes up to me and whines that I fired Mrs. Miyagi, my former manager…”

Daniel-San: “John Creese has shown me the right path to take.  So as of now, Mrs. Miyagi, you’re fired!”

Again, the crowd boos and debris flood the ring.  Daniel-San calls the audience a bunch of jealous wannabes who’d give anything to be in his position right now.  He now has money, power, and prestige.]

Daniel-San: “…aw, poor Mrs.Miyagi.  How about, welcome to the real world.  If you perform.  If you produce.  You are rewarded.  If you don’t; well, you get fired.  It’s funny, when one of my former fans comes up to me and wants to know why I’ve done what I’ve done- it’s because I am paid to do so.  Why did I hook up with John Creese and his Cobra Cons?  Because they paid me the most to join them.  That’s right, I joined the Republicans because their price was right.  And before you Democrats, start up, be assured, they offered me a whole boatload of money too to join their side.  John Creese’s offer was better.  Let me remind you again, I am a professional wrestler.  I wrestle- I get paid.  I’m the PCW champion; I get paid that much more.  It’s not because of the love of the sport.  It’s because I get paid!”

Suave is still in disbelief that Daniel-San joined the dark side and the Republican Establishment.  There was no comment back from PCW’s Queen of Extreme Valora Salinas (I).

Jones didn’t wait and immediately took a side headlock on KRC.  KRC tried to whip her to the ropes but The Eskimo Queen decked her with a shoulder block.  KRC hit a dropkick and took Jones down.  She grabbed the leg and looked for a Figure Four.  Jones stuck her big boot in KRC’s back and kicked her into the ropes.  KRC came back out and Jones nailed a belly to belly suplex and made the cover for a pin.   KRC kicked out at two!…

…Jones lifted KRC for the Eskimo Pieface.  KRC slid out and rolled from the ring!  KRC with a baseball slide!!  Jones swatted her away.  Emily List from behind with a forearm to the head of the Eskimo Queen!  KRC climbed to the top rope and came off with a missile dropkick!!  Here comes Palin!  She raced around the ring and got ambushed by Code Pink.  Palin on the floor.  Emily List hit some kicks to the chest.  Code Pink walked over to Palin…GLITTER BOMB!

Jones back in the ring.  She ducked a KRC right hand and rolled her up.   Code Pink hopped into the ring and…GLITTER BOMB to the Eskimo Queen.  KRC grabbed the blinded Jones and hit a German suplex.  Jones on the mat.  KRC kicked her in the head!   KRC covered…1…2…3.

KRC rolled the groggy Jones from the ring.  List and Code Pink drug Palin into the ring and put her into the corner for some more chest kicks.  They moved Palin up to the top turnbuckle and hit a doubleteam Superplex.  Then this appeared on the screen…

Suave: “Great.  A movie about the 2008 election by Hollywood, who hates Sarah Palin.  Biased anyone?”

Code Pink and List continued to berate Palin while in the back, the Republicans debated what to do about it.

‘American Citizen’ Kevin Scott (R) wanted to run in and stop the left wing spectacle.  But PCW Champion  Daniel-San (R), his advisor/manager John Creese, and Republican leadership made it clear that Scott wasn’t to do so.

Suave: “And the Republican Establishment won’t lift a finger to help her because they don’t like her either.  She’s screwed.”

Finally, The Tea Party: Average Joe, NRA, and ‘Tin Cup’ Ray McAvay ran out to break up the mauling.

In the Democratic locker room, KRC, Code Pink, and Emily List was given a hero’s welcome by the Left Wing/Progressive Elitists.

In the Republican locker room, the establishment shrugged and moved on to other business.

Bobby Bare’s ‘Pour Me Another Tequila Sheila’ played and out came the challenger Dave the Mechanic and his valet, cocktail waitress Tequila Sheila.

Chism puts a pair of designer gloves on so he won’t have to put his hands on the ‘ordinary’ Dave.

Chism hits the Hollywood Blockbuster over four minutes into the match and makes quick work of Dave the Mechanic.

After the match, Chism threw Tequila Sheila out of the ring and continued to attack Dave the Mechanic.  ‘American Citizen’ Kevin Scott (R) finally came to Dave’s defense.

Then Scott went on and lashed out at the Republican Establishment.  He called Palin a victim of the abject slime pit, win at all cost mentality that our politics have become. Scott added that anyone who once had a 70-80% positive rating in her state and knocked off an incumbent Republican governor with ethics problem isn’t dumb.

Kevin Scott: “It’s bad enough that the Democrats/Left Wing Elitists are now using their Hollywood allies to further trash Sarah Palin in their movies…(see Game Change.)  What’s clear is that the Republican Establishment didn’t want her either and she’s getting it from both sides now.”

Scott then stunned the crowd by quitting the Republicans.  ‘The One Man Hollywood A-List’ Stone Chism (D) ran out and attacked Scott for attacking the Hollywood Left and they brawled all the way to the back.

Suave then pondered who would wrestle for Mitt Romney in the Florida Four Way Dance.  We’d find out soon enough.

The ring announcer paused and everyone looked at the ramp.  First out, the PCW Champion Daniel-San (R), John Creese and his Cobra Cons.  The crowd booed the PCW Champion unmercifully as the group headed down the ramp.  Next out, the leader of the Republicans Rance Priebus.  Priebus took the microphone and announced for ‘The Massachusetts Redblood’ Mitt Romney…

Tanaka came to the ring and eliminated Schmidt and Richardson in short order.  K-Roy put up a fight but Tanaka hit the Japanese SuperDestroyer and won at the 6:20 mark.

Our analysis of Mitt Romney’s victory in tonight’s primary

After the match, Tanaka shook hands with Priebus, Priebus handed him a briefcase full of cash, cementing Tanaka’s move to the Republicans. 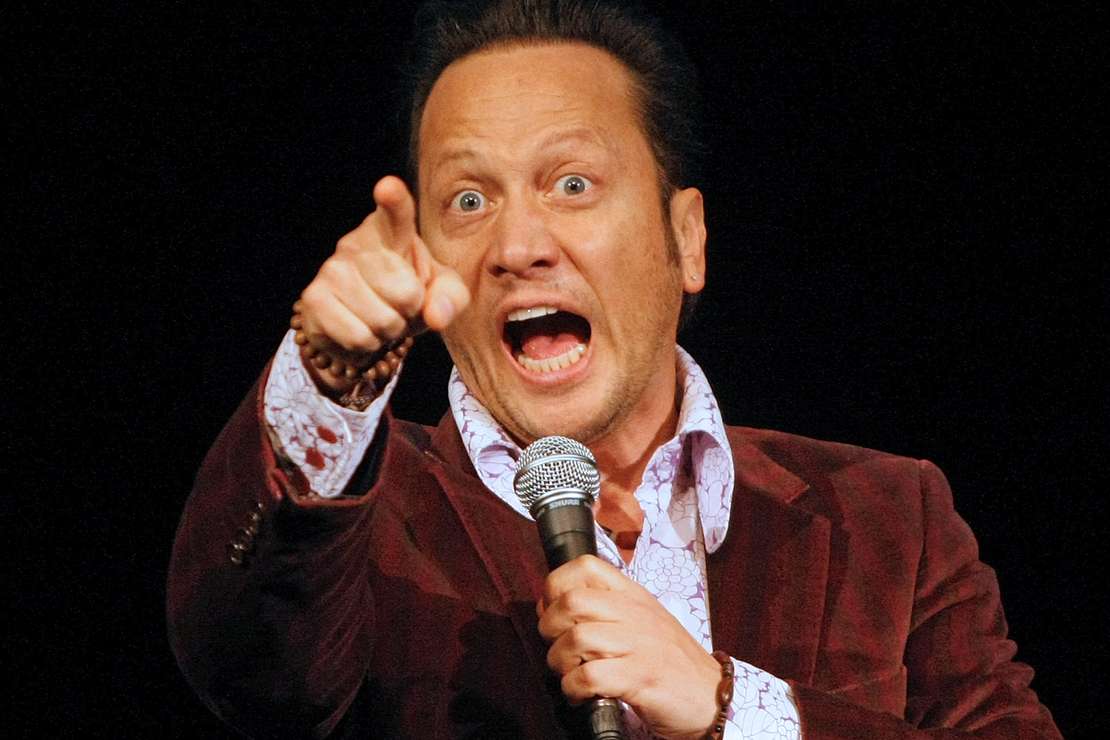