A few weeks ago, Bristol Palin was uninvited from a speaking engagement at Washington University, supposedly over her payment, but as we all know this attack was based only on one thing — who her mother is. Now I’m faced with a new question. Why is Pentagon bomber, Bill Ayers, more acceptable to speak to university students than Bristol Palin?

In a press conference with Ayers, after speaking on the Georgia Southern campus on February 7th, 2011 , he comments on Sarah Palin, Fox News, and his opinion on John McCain as a war hero. In a country where we have young men and women fighting overseas currently, one would think GSU has the common sense to find a more respectful speaker. In my personal opinion, I think my toothbrush has more respect for the first ammendment than Bill Ayers, but that’s just me. (View this video here)

While some universities have a problem with Bristol Palin speaking on a university campus, Pentagon bomber, Bill Ayers, is welcomed through campus doors with open arms. What a fantastic influence on the young minds of America. Last night, one of these schools was my alma mater, Georgia Southern University.

Ayers spoke on freedom of speech and education reform. Ironically, protestors outside the event were made to leave or go inside, because they had not applied for a permit to protest 48hrs prior to the event. I’m fairly certain the right to petition is part of the first amendment, of which Mr. Ayers spoke. Many opposers of the event, who were required to stop protesting, went inside, and sat in the front rows during the speech. In 2006, my sophomore year at Georgia Southern, President George W. Bush came to the campus to give a speech. I could be wrong, but I remember waiting in line outside surrounded by protestors. These protestors were not asked to leave, and were still picketing outside a few hours later when I left the speech.

Freedom of speech is important, and it is a positive thing for GSU to offer varrying viewpoints to its students. However, a man who bombed three government buildings in the 1970’s, and in 2001 said he “didn’t do enough,” and does not regret the bombings, is hardly someone we should be subjecting students to. If you want to hear a speech from an individual of that character go right ahead, but do it on your own dime, off campus and on your own time. I find it to be completely hypocritical that a man who silences the speech of those he disagrees with through acts of terrorism is who Georgia Southern brings on their campus to discuss the freedom of speech in America.

“Bill Ayers, a Distinguished Professor of Education and Senior University Scholar at the University of Illinois at Chicago, will return to campus—this time in a university sponsored event—to talk about the free exchange of ideas in a democratic society. With firsthand experience in issues involving censorship and free speech, Ayers is well-qualified to offer his insight on academic freedom,” is how the event was described in an article on gadaily.com, Georgia Southern’s newspaper.

Ayers did speak on democracy in his speech, stating “When I go around to campuses I often hear students say, ‘I wish [Barack Obama] would bring peace to Iraq’ but to me that portrays a real misunderstanding of what democracy is about. It is not about electing a king who will do what you hope he will do, it’s about electing somebody who is one of us and then holding him accountable by being an active participating citizen yourself.” Sounds good, right? Depends on what Ayers means by ‘being an active participating citizen.’ Ayers is not a big promoter of the peaceful protests made by tea parties across the country. Not to mention both he and his wife have had questionable dealings with parties responsible for ambushing the flotilla in the Gaza Strip last year.

If Ayers was a man who served his time, thought his past actions were wrong and spoke on to students about using your freedom of speech to avoid violence, I’d be all for it. Mr. Ayer’s, however, does not feel that way. He does not denounce violence or his past actions.

So, who is Bill Ayers really? Find out here & here.

Georgia Southern, I don’t care if Ayers’ speaking fee is $100 or $1,000,000, at a time when our state budget is hurting, is this the best allocation of your funds? At least half the students in that room probably had no clue what the Weather Underground was prior to that speech, and still possible have no clue after it. Teach them the history before subjecting them to your endorsement of his violent past.

The Protocols of the Elders of South Dakota 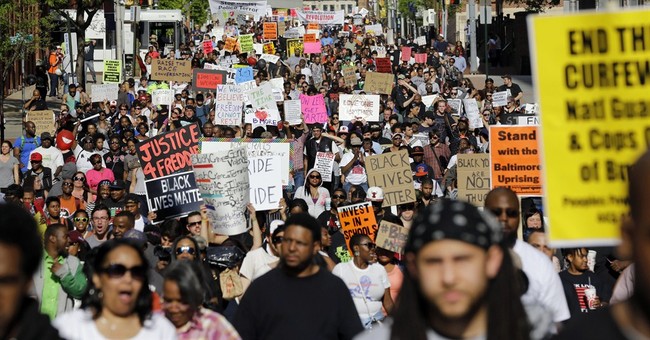