111 DaysUntil Election DayJuly 16, 2008MORNING UPDATE:NEW SERVICE FOR ALL REPUBLICAN ANY REPUBLICAN CANDIDATE -congressional, state representative, county-wide, countycommission, township candidate and Republican non-partisan officeholders/seekers…get your own website with integratedcontribution and voter contact info for only $79 percampaign.  We have mocked up a sample using Holly Hughes campaign for StateRepresentative.

A more advancedversion with more features and greater flexibility is available for$295 per campaign.  Here’s what JackHoogendyk’s page would look like:

OBAMA ON THEISSUES…where is he today on any issue? Who knows? Mr. Obamahas a character problem…you just can’t trust him?!?Iraq, public financing, town hall debates, FISA, old friends vs newfriends, gun control and the list goes on…and on. Who is thereal Barack Obama? Someone willing to say anything it takes to getelected…politics as usual…or evenworse.

NET NEUTRALITY ANDINTERNET TECHNOLOGY…has become critical for an informedelectoral.  We as Republicans have to take better advantage ofthese tools and protect the infrastructure from would be monopolyforces that would regulate or hamper access to bandwidth. Readan op-ed I wrote with David All in POLITICO.

FREE…HELP THEGOP…I am excited to announce a revolutionary new toolallowing you to stay connected to the Michigan GOP and raisevaluable contributions, without spending a dime! We are facing oneof the toughest elections in history and we need your help to makea victory possible. You can make a difference bydownloading and using the new Michigan GOP Toolbar. The MichiganGOP Toolbar will help you raise money for the Michigan RepublicanParty through regular online activities such as searching andshopping! You will also receive all the breaking news, updates, andmessages from the Michigan GOP! Show your support by joiningthousands of other Michigan party members in raising valuablecontributions for our party for free! Track your personalcontributions in real time and learn that together we can make adifference!

THE BOTTOMLINE… Every time you perform simple searches on the webusing your toolbar (powered by Yahoo), you’ll be raising funds forthe Michigan Republican Party. The best part is, once you register,you can track these donations right from your toolbar so you cansee exactly how much you’ve contributed.  It’s easy andit costs you NOTHING.

FOR THE LATEST NEWS,COMMENTARY & INFORMATION:

THE REST OF THESTORY:

MICHIGAN GOP TOOL BAR…ITMAKES US MONEY…I am excited to announce a revolutionary newtool allowing you to stay connected to the Michigan GOP and raisevaluable contributions, withoutspending a dime! We are facing oneof the toughest elections in history and we need your help to makea victory possible. You can make a difference by downloading andusing the new Michigan GOP Toolbar. The Michigan GOP Toolbar willhelp you raise money for the Michigan Republican Party throughregular online activities such as searching and shopping! You willalso receive all the breaking news, updates, and messages from theMichigan GOP! Show your support by joining thousands of otherMichigan party members in raising valuable contributions for ourparty for free! Track your personal contributions in real time andlearn that together we can make a difference!

The following stories and more are available at myArticles of Interest online.

In a dramatic moveyesterday President Bush removed the executive-branch moratorium onoffshore drilling. Today, at a news conference, Bush repeated hisnew position, and slammed the Democratic Congress for not removingthe congressional moratorium on the Outer Continental Shelf andelsewhere. Crude-oil futures for August delivery plunged $9.26, or6.3 percent, almost immediately as Bush was speaking, bringing thebarrel price down to $136.

Democrats keepsaying that it will take 10 years or longer to produce oil from theoffshore areas. And they say that oil prices won’t declinefor at least that long. And they, along with Obama and McCain, bashso-called oil speculators. And today we had a real-world example asto why they are wrong. All of them. Reid, Pelosi, Obama, McCain— all of them.

Traders took a lookat a feisty and aggressive George Bush and started selling themarket well before a single new drop of oil has been lifted. Whatdoes this tell us? Well, if Congress moves to seal the deal, oilprices will probably keep on falling. That’s the way traderswork. They discount the future. Psychology and expectations canturn on a dime.

All of the mostimportant objectives of the surge have been accomplished in Iraq.The sectarian civil war is ended; al Qaeda in Iraq (AQI) has beendealt a devastating blow; and the Sadrist militia and otherIranian-backed militant groups have been disrupted.Meanwhile, the Iraqi government has accomplished almost all of thelegislative benchmarks set by the U.S. Congress and the Bushadministration. More important, it is gaining wider legitimacyamong the population. The attention of Iraqis across the country isfocused on the upcoming provincial elections, which will be apivotal moment in Iraq’s development.The result is that we have an extraordinary — but fleeting –opportunity to advance America’s security and the stability of avital region of the world.

Mitt Romney spent over $35 millionof his own money and more than a year of his life on a bid for thepresidency that fell short and ended abruptly. The formerMassachusetts governor is not one to wallow in failure, but evenfor the incurably optimistic Romney, portraying his unsuccessfulrun in a positive light would seem an impossible task. Still, hemanages.

"In some respects it’s ideal,"Romney said only half-jokingly as he sat down for an exclusivenational interview with CBSNews.com before addressing the crowd atthe opening of John McCain’s Great Lakes regional headquarters."Get out of the race just before summer so you can spend some timewith the family at the beach."

Despite his deep summer tan,Romney has been anything but a beach bum as of late. Since droppingout of the Republican race in February, he has gone from being JohnMcCain’s fiercest rival to one of the Arizona senator’s mostvisible surrogates. What was inconceivable during the height oftheir primary battles, the prospect of a McCain/Romney ticket, isnow a real possibility.

The federal takeoverof IndyMac Bank over the weekend could cost the Federal DepositInsurance Corp. between $4 billion and $8 billion. But SenatorChuck Schumer, who helped to precipitate the collapse bypublicizing a letter to the bank’s regulator last month, has noremorse.

He was, he says,just doing his job in telling regulators that the bank "could facea collapse," a prophecy that quickly proved to be self-fulfilling."It’s what legislators are supposed to do," the New York Democrattold the Journal. Depositors who spent Monday trying to recoversome of their money might beg to differ.

The Office of ThriftSupervision (OTS), whose job it actually was to regulate IndyMac,took a different view. "The immediate cause of the closing," theOTS wrote in a press release, "was a deposit run that began andcontinued after the public release of a June 26 letter to the OTSand the FDIC from Senator Charles Schumer of New York." The OTSadded: "In the following 11 business days, depositors withdrew morethan $1.3 billion from their accounts."

As someone whomonitors the Iraq-war-policy debate closely, I was puzzled to openthe New York Times and see an oped authored by Sen. Barack Obamaentitled “My Plan for Iraq.” Besides the seeminglymoderate tone and calling for an Afghanistan “surge”(an idea I agree, and one proposed by Sen. Joe Lieberman in March)not much in the piece is new or newsworthy. In the final analysis,the oped is another dogmatic addendum to Obama’s“withdrawal at any cost” position.

In fact, just onequestion entered my head when I finished reading: Why now? Whywould Sen. Obama — or any legislator, for that matter —write such a piece before visiting the country for himself, seeingthe situation with his own eyes, and speaking with commanders andtroops who actually know what’s going on?

It strikes me thatonly someone who is signaling no interest in consulting withcommanders on the ground would spell out his “plan” forIraq just one week before he visits the country for the first timein 918 days. Only someone who is arrogant enough to believe healways knows best would outline his Iraq policy before once meetingone-on-one with General David Petraeus.

The announcementmade Tuesday morning includes further reductions in truck capacity,although the company would not be specific.Some United States and Canadian salaried positions will be cut.There will also be an elimination of health care coverage for U.S.salaried retirees over the age of 65, effective Jan. 1.Affected retirees and surviving spouses will receive a pensionincrease to help offset their costs. Dividends on common stock aresuspended immediately.

Did you ever expectto hear a General Motors boss say "liquidity" as many times as RickWagoner did Tuesday in outlining the company’s latest cuts? In thiscontext, consider "liquidity" the company’s ability to stay afloat– to pay the bills every week.

That’s the strugglefacing GM even as it rushes to bring new higher-mileage vehicles tomarket in a sorry economy where gasoline prices are pinchingeverything, real estate values have tanked, credit is tight andconsumer confidence has been shaken to the bone. And so GM will cutjobs, production, retiree health care, promotions and anything elseit can to remain stable without permanently damaging the corebusiness.

Around here, whereGM still has tens of thousands of employees and retirees, that’sgoing to ripple through everything from housing to fastfood.

Granholm: NOWshe’s starting to get it

In all, the firmswill invest $231 million in new and expanded operations to producegoods and services ranging from solar panels, jet engine parts,online, insurance and packaging.One British company will build a research facility in Auburn Hillsto develop and market its amphibious car.

DETROIT — MayorKwame Kilpatrick has raised $185,600 since April 4 for his legaldefense, with more than half coming from banker Don Davis and aClinton Township development company, according to IRS documentsreleased Tuesday.

Davis, the chairmanof First Independence Bank, and Medici Homes each gave $50,000,leading a heavily suburban list of donors. Among the 31 donors:$3,000 from a strip club on Eight Mile; $5,000 from a politicalaction committee of U.S. Rep. John Clyburn, D-S.C.; and $10,000from Waste Management Inc., the Houston wasteconglomerate.

About 10 percent ofKilpatrick’s money came from residents of the city he leads. Mostof the donations, $126,000, came the first month the DetroitJustice Fund was formed. Last month, it collected $800. Aftershelling out $165,000 for lawyers to defend Kilpatrick on eightfelonies, the fund has $20,000 left, according todocuments.

Many economists haveconcluded that a second dose of government stimulus spending isrequired to prevent a broad economic unraveling and provide reliefto millions of Americans grappling with joblessness, plunging homeprices and tight credit.

Democratic leadersin Congress have already begun fashioning a package of proposedmeasures, but on Tuesday, President Bush and the Federal Reservechairman, Ben S. Bernanke, both pronounced such actionpremature.

“Our economyhas demonstrated remarkable resilience,” President Bush saidat a morning news conference, even as he acknowledged that growthhad been “slower than we would haveliked.” 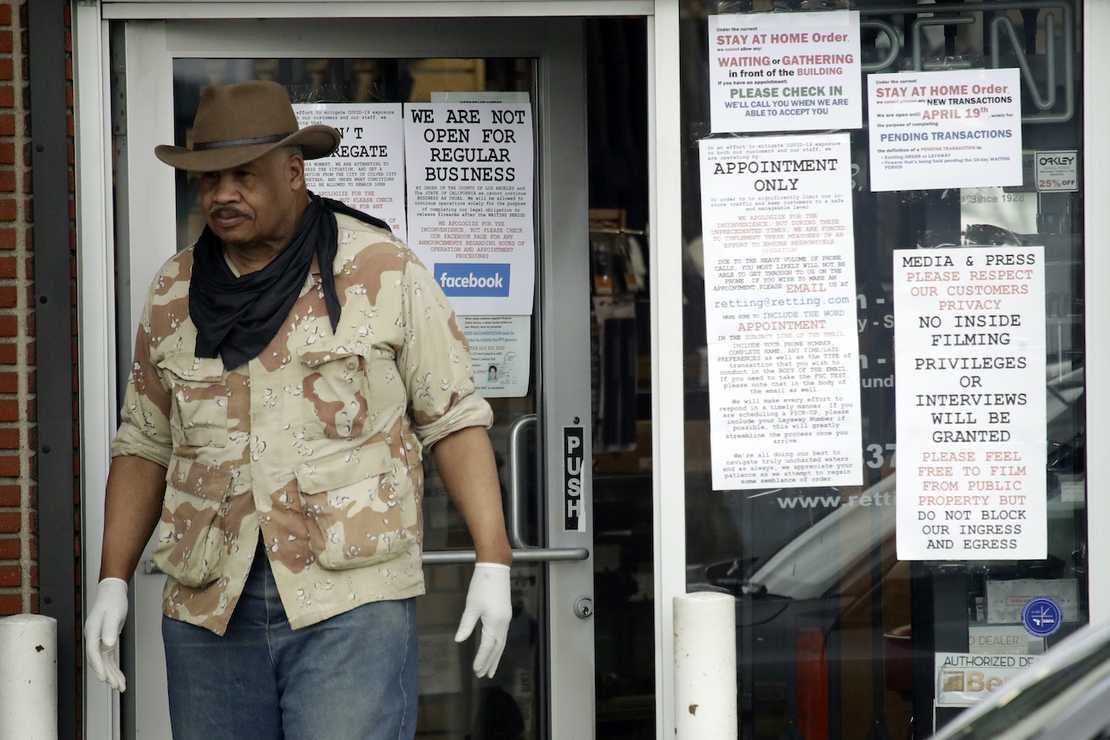