Two Catholics and a Mormon

For the first time in its over 150 year history, the Presidential nominee for the Republican Party will either be a Catholic or a Mormon. Former Massachusetts Governor Mitt Romney (Mormon), former Speaker of the House Newt Gingrich (Catholic) and former Pennsylvania Senator Rick Santorum (Catholic) are the three legitimate candidates left in the race to face President Barack Obama in November.

In a country where the religion of Commander-in-Chief matters, it is an issue that will be talked about over and over again. There is no doubt in my mind, one of the most reviewed aspects of the rest of the primaries and general election will be the candidates religious beliefs.

A victory for Romney over President Obama in November would mean that he would be the first Mormon to ascend to the office of President. A Mormon candidate has not been nominated for the office by any party, let alone one of the two major parties. For Romney and Mormons, to simply gain the nomination would be a major breakthrough for the religion on the national political stage. Of course, Romney would not be happy with making history for the Mormon faith, 1.7% of the American population.

A victory for either Santorum or Gingrich over President Obama in November would mean that our nation would have only the second Catholic President, JFK of course elected in 1960. In 2004, Bush won the Catholic vote with 52% over John Kerry (Catholic), but the party saw a drop in the number of Catholic GOP voters in the 2010 midterm elections. Roman Catholicism, the nation’s largest individual denotation at just under 24% of Americans, will play a large role in deciding the race and a Catholic nominee could bring the number back up to the 2004 number or even higher.

As observed in the early primaries, for these three candidates to be successful they have to prove the traditional values of their personal religious beliefs match those of voters no matter their beliefs.

Republicans who do not want to see either of these three men win the nomination, could always vote for Ron Paul, a Baptists.

BREAKING: The FBI arrested the guy responsible for keeping poop off of San Francisco's streets 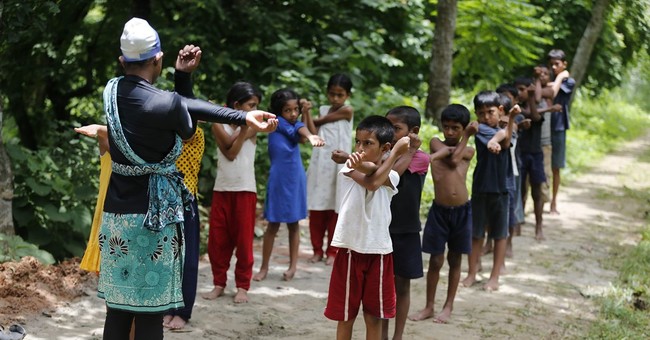