As we have documented in the past, dangerous and destructive gangs are roaming the halls of the nation’s capitol.

These gangs typically number from eight to sixteen; a small number, but powerful nonetheless. In years past, they have brought wreckage to many areas, including: Supreme Court Justice nominations, Cap-and-trade legislation, Fiscal Cliff negotiations, and Immigration Reform – Strident Conservative (January, 2013).

Sadly, their power appears to be increasing. Using the well-established gang hierarchy—Lindsey Graham, RINO-SC and Chuck Schumer, D-NY—these political thugs are looking at how to deny freedom of speech rights to bloggers and others who use the internet to report the news and express their views.

Joseph Goebbels was a German Nazi Party member who became Adolf Hitler’s Propaganda Minister. His position gave him total power over all German radio, press, cinema, and theatre. Under his guidance, the Nazi government controlled the timing and content of government communications with the German people, censoring any message they didn’t approve. Germans could only see what the Nazi hierarchy wanted them to see, hear what they wanted them to hear, and read only what the Nazis deemed acceptable.

Following revelations of the Obama Administration’s intimidation tactics used against the Associated Press and FOX News, everyone, from the White House to the New York Times, is demanding that laws be passed to protect the media from government interference when they report on subjects involving the government. Of course, the 1st Amendment already gives those guarantees, but the gang won’t let a pesky little thing like the Bill of Rights get in the way of an opportunity to “fine tune” the intentions of the Founding Fathers—even if it means playing the Joseph Goebbels card.

Enter Lindsey Graham and the, so-called, “Media Shield Bill.” In a recent interview, he shared the frustration he and Schumer were experiencing as they hammer out the details of what this new legislation should look like:

“Who is a journalist is a question we need to ask ourselves,” he said. “Is any blogger out there saying anything—do they deserve First Amendment protection? These are the issues of our times.”

Who is a journalist? Can a blogger say anything? Yeah, I can see how that would be the “issues of our times,” but only if you believe it’s the goverment’s job to answer those questions. Apparently, Senator Graham thinks it is.

If the Propaganda and Censorship Gang succeed in their objective, Freedom of the Press and Freedom of Speech would likely still exist, but it would look alot different. Only messages approved by the government would be permitted. The government would decide who the “real” journalists are, and who is worthy of Constitutional protection. In other words, the media would essentially become a sanctioned arm of the government instead of the independent guardians of the fourth estate. The right to do what I am doing right now would be infringed. The threat of being criminal charged for stepping out of line would be a daily reality.

Andrew Ferguson of The Weekly Standard says it this way:

The act will go a long way toward establishing a government-sanctioned journalistic class. There will be, on the one hand, approved reporters who are immune to certain kinds of governmental inquiry, and, on the other hand, everyone else, those less exalted citizens who, faced with the same governmental inquiry, would just have to suck it up. The act is a classic restraint of trade, protecting favored journalists from the pressure of competitors who lack the proper credential. (emphasis mine)

Government-sanctioned journalists? Special government protections? Second-class treatment for everyone else? That might be a slight deviation of how Goebbels did things, but the net result is the same. Only government-approved messages would be permitted, censorship of everything else, and prosecution for anyone who doesn’t play along.

It’s only my opinion, but I think Joseph Goebbels would love Lindsey Graham.

‘Star Trek: Picard’ Has Finally Beamed Down. Does It Deliver the Goods? 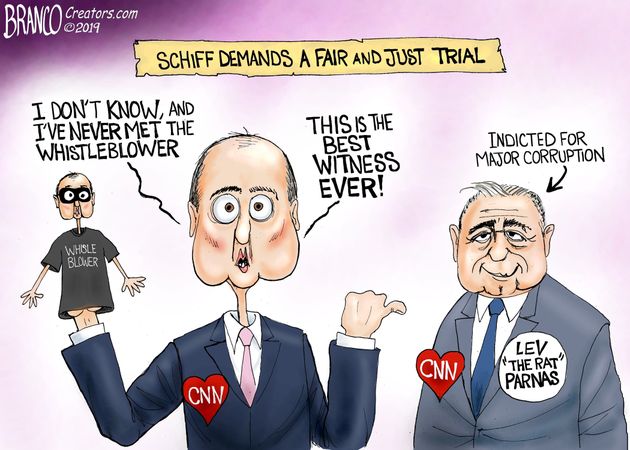