Note: This post is a little bit of Florida politics “inside baseball,” but I think it’s an important story because it illustrates this point: not all candidates who wave a tea party banner actually represent the ideals of the tea party movement. Walking the walk is a lot harder than just talking the talk, and Florida is not the only state where attempts have been made to use the “tea party” name to divide conservative votes. Adam Hasner’s opponents are doing everything they can to discredit the many conservative endorsements he has received (including Erick Erickson’s), and I am trying to shed light on some of their tactics here.

After getting caught in what is, at best, a misrepresentation about testifying before Congress, and facing mounting questions about his record, new information has been discovered that is likely to further damage Colonel Mike McCalister’s credibility in the Florida Republican Senate Primary.

Previously under fire from Florida tea party organizers for his “bold self determination” declaring himself a “national Tea Party star,” McCalister appears to have made the unfortunate decision to ally himself with Doug Guetzloe.

In case you are not acquainted with Mr. Douglas M. Guetzloe, let me introduce you to some of his “greatest hits:”

The bottom line is that Doug Guetzloe is no friend to the tea party movement or the Republican Party. As one Central Florida tea party organizer said to me (name withheld upon request), “I would go out of my way to not have my name associated with Guetzloe, in any way.” 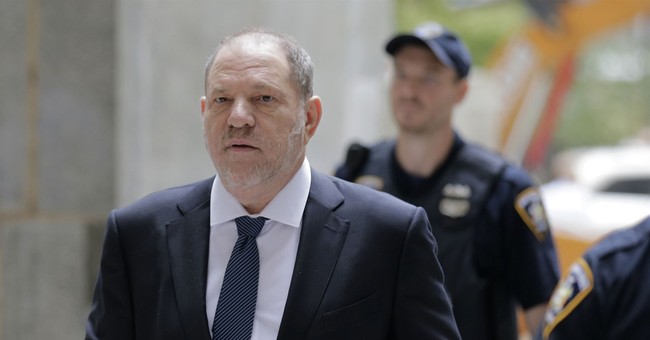 Additionally, on the “Phoenix News” section of the Phoenix Network website is a short article about last weekend’s Senate debate that is slanted to be favorable to McCalister (spelling and grammatical errors reprinted as in original):

ORLANDO–The top leading candidates for the GOP nomination meet for their first in what will be many debates leading up to the GOP primary for the US Senate.

The winner of the primary in August 2012 will face longtime incumbent US Senator Bill Nelson for the seat in November of 2012.

According to my observers, Colonel McCalister made a positive impression among the conservative, Christian-crowd.

Following the debate, a Miami Herald reporter accused Col. McCalister of not telling the truth about an appearance before a congressional panel.  McCalister offered this response: “When serving at the United Special Operations Command (USSOCOM) in Tampa, I had the opportunity to accompany the Deputy Commander, Lieutenant General (LTG) W. P. Tangney, as the Subject Matter Expert to a hearing. The Army, like all other branches of the military, work as a team. I sat under the bright Capitol lights with General Tangney, who relied upon my research and counsel to give accurate testimony to Congress.  In fact, my Senior Rater, LTG Tangney wrote in my April 2002 Officer Evaluation Report (OER) that I “led the USSOCOM team at congressional hearing on military readiness, assisting [LTG Tangney] greatly in the testimony…” “Because of the high visibility study, [McCalister] was tasked with serving as subject matter expert for U.S. congressional testimony on Military Readiness and National Security.”

McCalister has served in the Army National Guard, Army Reserves, and on Active Duty for a total of 33 years between 1971 and 2005.

I have been studying Guetzloe’s activities for several years, and the prominent banner ad placement on the Guetzloe Report and Ax the Tax websites has historically only been given to candidates and causes that Guetzloe himself had personally adopted and supported. For example, in 2008 similar ads were placed for Mercedes Leon, a candidate for State Attorney in the Ninth Judicial Circuit (Orange and Osceola Counties).

To be fair, I do not know whether these ads are the result of McCalister purchasing advertising space with Guetzloe or Guetzloe donating the ads as an in-kind contribution. However, either way the McCalister ads would not be on the websites without Guetzloe’s blessing and involvement.

There are also a number of troubling coincidences between McCalister’s campaign history and Guetzloe’s Florida Tea Party tactics.

In the 2010 Republican primary for Governor, McCalister acted as a spoiler, earning 10.1% of the vote, while the margin of victory between Rick Scott and Bill McCollum was three percent. McCalister raised and spent less than $9,000 in a race that was characterized by both the bitterness between McCollum and Scott and also the tens of millions of dollars the spent by the two front-runners (especially Scott). In fact, many viewed the votes for McCalister as “None of the Above” votes to protest the extremely negative campaigning by McCollum and Scott.

That all sounds very similar to what the Florida Tea Party was trying to do with the many unknown and unfunded candidates they ran for legislative races around the state in 2010: draw off a small percentage of voters disgruntled with their choices from the two major parties and act as a spoiler for the Republican establishment.

This year, suspicions continue to mount that there may be collaboration between McCalister and George LeMieux. Both the McCalister and LeMieux campaigns have denied the accusations, but the fact is that neither candidate seems to have a negative word for each other, a very odd occurrence in a highly contested primary. Political insiders view McCalister’s campaign as targeted towards the more conservative/tea party Republican voters, and any advantage for McCalister as more likely to draw from Adam Hasner‘s votes than LeMieux’s.

McCalister is following his past history of raising very little money for his campaign. As of the most recent information on the Federal Elections Commission website, he had raised less than $14,000. And by going after Hasner but not LeMieux (who many view as more moderate), McCalister also seems to be echoing the campaign messaging of 2010 Florida Tea Party Congressional candidate Peg Dunmire, who attacked the conservative Republican Daniel Webster, alleging he was corrupt and a big spender, and largely avoided criticizing the Democrat (the very, very liberal Democrat) Alan Grayson.

So what’s the game here? What’s Guetzloe’s role? Who is Guetzloe really supporting – McCalister? LeMieux? Or some other candidate yet to enter the race? Is McCalister running to be a spoiler again? Or is he really so naive as to view Guetzloe as an ally? (If so, that casts serious doubt on his judgment.)

Mike McCalister owes Floridians answers about his ties to Doug Guetzloe and his true intentions in the the 2012 Senate race.

He also owes the many people who have worked hard to support the tea party movement in Florida an explanation why he would have anything to do with a man who has worked so hard to undermine their efforts.

[Cross-posted at Sunshine State Sarah and The Minority Report]