Catholic Relief Services Doubles Down on Support For Pro-Abortion Groups

Folks, these are some of the most painful articles I’ve ever had to put to pen.  Yet the institutional rot at Catholic Relief Services is so deep — and the outrageous defense of CRS’s activities so blithe and numb to reality — that CRS is the new poster child for the epic political leftism eating away at the soul of faithful Catholicism in America.

A couple of weeks ago, I wrote an article about the fact that Catholic Relief Services is a dues-paying member and on the board of an organization called the CORE Group, a virulently pro-abortion organization operating under the protection and advisement of CRS.

Catholic Relief Services pays about $3,000 per year in membership dues, is represented on the board of directors, and co-chairs the HIV/AIDS working group of the CORE Group — the same working group reviewed by CRS staff  promoting contraceptive use.

Their response?  The sort of mental gymnastics that offends common sense but rewards semantics:

We see our membership in the CORE Group as a means of demonstrating our faithfulness to Church teaching … CORE Group offers us an opportunity to highlight our work and improve the quality of our programming so mothers and children can live and thrive.

Not only does this not address the fact that CRS is paying dues to an organization promoting condom use and the integration of family planning into “Maternal and Child Health” programs, but it seems that this is fairly minor in light of another organization to which CRS pays dues.

It turns out that CRS is a member of an organization called MEDiCAM  and as a member, pays about $3,000 in membership dues.  Furthermore, CRS is listed as a 2011 member of MEDiCAM’s steering committee.

The problem with this is that MEDiCAM is heavily involved in efforts to expand the legalization and provision of “safe” abortions in Cambodia.  Here’s a run-down of what I discovered about MEDiCAM:

Maternal morbidity and mortality in Cambodia would be significantly reduced through increased access to affordable, safe abortion and post-abortion care services.

MEDiCAM’s entire article is based upon this one premise, calling for an expansion of “safe” abortion.

…and Catholic Relief Services has linked arms with this organization, for better or worse.

There are literally thousands of similar documents on MEDiCAM’s website, promoting “safe abortion” and heavily promoting all forms of birth control. What remains as a question is why would Catholic Relief Services ever consider paying membership fees to an organization so clearly committed to furthering the values of abortion culture?

The intelligence community has a saying, “Once is happenstance, twice is coincidence, and three times is enemy action.”  Yet a pattern of aiding some very un-Catholic activities at Catholic Relief Services is beginning to emerge.

Whatever the reasons may have been, the only answer is for CRS to stop.

The gold standard for Catholic charity in the modern age will remain Mother Teresa of Calcutta — and for good reason.  From her first moments of lifting a man out of a ditch to presiding over the worldwide charism of the Missionaries of Charity, not once did Mother Teresa inch away from her Catholic faith.  Instead of collaborating, she fearlessly challenged groups operating under the guise of charity while promoting Third World population control.  Rather than compromise, Mother Teresa fearlessly lived the Gospel and took on the abortion industry.

Would Mother Teresa be proud of what Catholic Relief Services has become?  Is doing?  Continues to do?

The answer is no.  Our answer should be the same.

Time for faithful Catholics to start contacting our bishops.  Tell Catholic Relief Services to stop giving aid and comfort to organizations diametrically opposed to what the Catholic Church is supposed to uphold — not only a preferential option for Mother Teresa of Calcutta’s poorest of the poor, but the unequivocal defense of the dignity of human life that those human beings deserve. 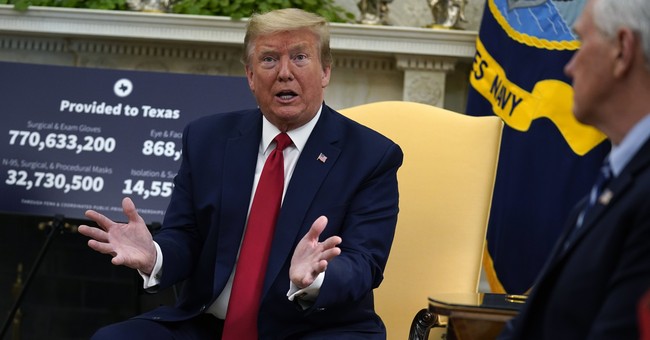 Will Americans Submit to a Second Lockdown?

WOW, in her OWN words even! S.E. Cupp 'ends the suspense' and admits she's a TDS-infected, Pelosi supporting, flaming hypocrite