Keep your eye on Joe Carr, a rising GOP star and tea party favorite in the Tennessee House who is exploring a congressional campaign for Tennessee’s 4th district. The seat is currently held by Scott Desjarlais, an ethically challenged Republican, who encouraged his ex-wife to have multiple abortions and mislead voters in the last election to cover up his past. RedState contributor Daniel Horowitz presented a strong case outlining why Desjarlais needs to go. Desjarlais is a seriously flawed candidate, and his most recent revelations have already spurred State Senator Jim Tracy to toss his hat in the ring, nearly 2 years prior to the election. Fortunately for conservatives, Desjarlais is unlikely to survive a tough primary fight. Tracy has served as a good foot soldier in the state senate, but he’s not embraced tough issues during his 9 year tenure. He’s unlikely to transform into a conservative titan should he go to Washington. Further, Tracy campaigned for Congress in 2010, finishing last, albeit in a tight three-way primary election. I’m confident Tennessee can do better in the 4th district.

Enter State Rep. Joe Carr. While his leadership style is in the mold of Allen West, his voting record is closer in line with a more conservative Jeff Flake or Jim Jordan.  Carr led the unpopular fight to curb illegal immigration in Tennessee, and his leadership resulted in Tennessee enacting some of the toughest illegal immigration legislation in the country. More recently, Carr helped spearhead the effort to prevent Tennessee from setting up a state exchange, which would undoubtedly breathe new life into the disastrous Obamacare. Carr helped lead a rally at the Capitol to head off the impending state exchange nightmare. In sum, Carr is a conservative marching to the sound of the gunfire, a most unusual quality for an elected official. Instead of shying away from tough fights, Carr rather relishes sprinting full speed toward them.

Carr’s HB 42 is another current example of his political courage. HB 42 is a law that would nullify any executive orders from President Obama and any federal laws that assault the 2nd amendment. Carr contends that Obama is usurping the legislative branch’s authority by issuing  23 executive orders attacking gun rights–and (pardon the pun) he’s right on target. Carr’s bill confronts a President acting unconstitutionally. Liberal opponents of the bill deride the legislation, citing the supremacy clause of the Constitution. However, it’s worth noting that Congress has not passed any laws on the 2nd amendment since January. President Obama, meanwhile, has essentially attempted to create 23 laws assaulting gun rights since the year began. Fellow RedStater, jayp, has also summarized Carr’s legislation quite well.

Here’s some more good news for conservatives in the fourth district:

Last week, Lee Beaman, the chair of Carr’s exploratory committee for Congress (and one of the most sought-after conservative donors in the country) announced the hiring of Thomsen Smith, arguably the top GOP fundraiser in the state, to Carr’s exploratory committee. Smith worked for Tennessee Congressman Stephen Fincher, former Congressman Ed Bryant, Fred Thompson, Bill Frist and several other GOP leaders over the last 20 years.

Smith has fundraising connections all over the state–and Carr has statewide connections also. Three years ago, Carr established JoePAC, a highly successful PAC, that raises money for GOP House candidates across the state. JoePAC raised over $100,000 at Carr’s annual T-bones and Politics event in Middle Tennessee last year. JoePAC contributed to Tennessee Republicans gaining a walk-out proof majority in the House last year.

In summary, Carr has demonstrated the kind of organizational ability and conservative leadership we need in Washington, DC. Let’s pray he winds up running for this seat. If he does, the RedState community and conservatives in the district ought to quickly rally behind him. We need more street fighter conservatives in the Beltway. I had the opportunity to attend Carr’s T-bones and Politics this past fall. Gov. Scott Walker was the keynote speaker, and he was great. It was truly a fabulous event. But I was impressed with the short inspirational speech Carr delivered. I dare say most of the audience would have stormed the beaches of Normandy after that speech. Carr has a special talent and ability to inspire conservatives. If there’s anything we need, it’s more eloquent and articulate leaders who are capable of advancing the conservative cause in Washington.  You can help Joe by liking his grassroots Facebook page “Carr Fans” and his 10th Amendment Caucus Facebook page. Both of these pages keep supporters informed of key issues and battles brewing for conservatives.

Stay tuned. I’m optimistic we’re going to get another strong conservative leader elected in 2014 from the Volunteer state. 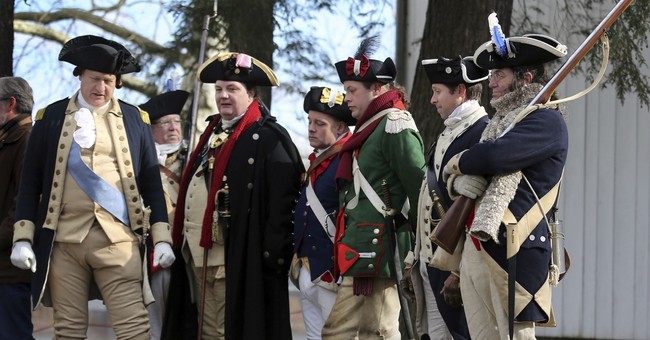