Taking a look at the stories in the Old Media will show that the Media is turning attack dog ASAP on McCain’s choice for vice president, Sarah Palin. Notice the main meme is her supposed “inexperience.” Funny how Palin was the VP pick for about 15 seconds before the Old Media went after her “inexperience” while they have yet to hit Barry Obama on HIS inexperience at all and he’s been running for president since 2004. We should also note that Palin didn’t get the honeymoon that Biden got when his announcement was made. But, the worst is yet to come and the Daily Kos is doing its level best to mine the lowest of lows. In a Kos diary today, it is being alleged that Sarah Palin “faked” the pregnancy of her last child, a baby born with Down’s Syndrome. The claim is that it was her teenaged daughter’s child, not hers. And, true to form, the Kossacks took that absurd calumny and hate even further in the comments.

With all the pseudo gravity the Kos diarist could muster, this ridiculous story of a “cover-up” was floated for the foolish Kossacks to lap up. Inky99 gave us the scurrilous diary headlined “Palin’s faked ‘pregnancy’? Covering for teen daughter?,” in which the Kossacks posit that Governor Palin covered up her own teenage daughter’s teen pregnancy by pretending it is her own child instead of her daughter’s.

But it appears that Pallin’s last child, a baby with Down’s syndrome, may not be hers. It may be that of her teenage daughter.

Actually, “it appears” in no way to be true. The diarist gives a story from the Anchoage Daily News that does not in any way prove the diarist’s claim — nor even broach the subject of a faked pregnancy, for that matter.

The Kos diarist then goes on to claim that the “proof” of this claim is that Palin’s teenage daughter was sick and out of public eye for a few months earlier in the year.

Apparently her teenage daughter was out of school, unseen, for months, because she “had mono”.

And, even if this story is true, why is it one worth pursuing? Why it’s because Palin is pro-life, you see…

… seeing as how she’s quite willing to butt into the private lives of every other American woman, I think it’s fair game.

And the diary entry isn’t the worst of it. The comments get more vicious as each one passes. Here are a few:

Commenter psilocynic posted, “Ethics violations out the ass. And she covered for her unwed prego teen! this keeps getting better! History, my dear kossacks. We are watching the death of the rethugican party!”

Next concernedamerican posted a slam on Palin’s commitment to her baby. “She decided not to take maternity leave with this pregnancy!!!! What’s up with that? With a special needs baby?” And then went on to accept the claims without proof saying, “Kind of hypocritical to push abstinence programs in schools and then cover up your own teenage daughter’s pregnancy with a lie that you had the baby yourself, dontcha think?”

Not4bushwa also assumed it was all true merely because it was posted on DailyKos, saying: “If Palin had come clean about her daughter or if McCain had vetted her more carefully and not chosen her, this would not be a story. But she didn’t and he didn’t. Tough luck, poor judgment, another right-wing hypocrite scandal.” And later wrote, “This is a big lie. Why the excessive secrecy? So much shame for a fairly common predicament–teenage pregnancy? I wonder: Who’s the father?”

Obviously, since a Kos diarist posted this garbage story, many Kossacks will simply believe it is true despite that there is no proof at all for even a single word of the accusations.

Poster sailmaker finds Motherhood so disgusting that he can’t imagine a vice president doing it, posting that his “mind boggles at the idea of a lactating VP.” That’s classy, isn’t it?

Poster Subversive really went for the gutter with, “The only thing missing from this story is that the baby wasn’t Black.”

Not content just to indulge in this conspiracy theory, poster TrentinaNE really went for the black helicopters. “Maybe it’s a set-up to get rid of McCain. The story(ies) about Palin come out, he looks like a doofus and withdraws from the race, the Rethugs nominate Romney. Sounds implausible, I know, but I wouldn’t write off anything in Roveland.”

I think someone forgot their meds that morning. What a nutcase theory that was!

These are just a few of the over-the-top posts on DailyKos concerning the lies that Palin faked her pregnancy. This is the sort of garbage we see everyday from the haters and rumormongers on extremist leftist sites like Kos and the Democratic Underground, even Huffington Post, for that matter. 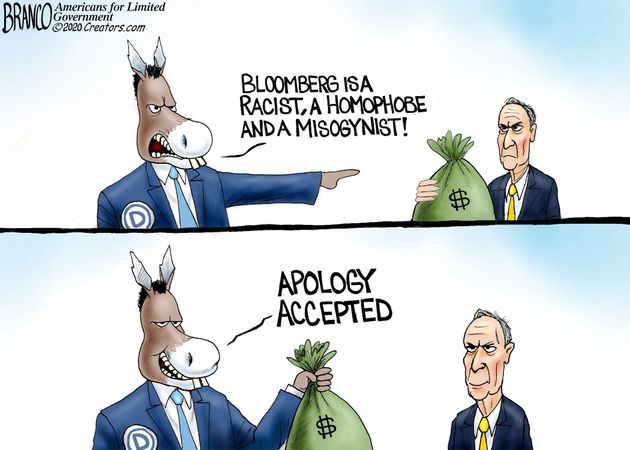