It appears that tensions are rising between White House officials and House Oversight Committee Chairman Elijah Cummings as he and his team begin their investigation of the President. Considering that Cummings’ probe is only one of eight that House Democrats have initiated, this was never going to go well. Last night, CNN reported on their most recent skirmish.

Current White House Counsel Pat Cipollone shot back a response to Cummings accusing the committee of making “grossly unfair allegations” against Passantino and Dillon and “damaging their reputations.” 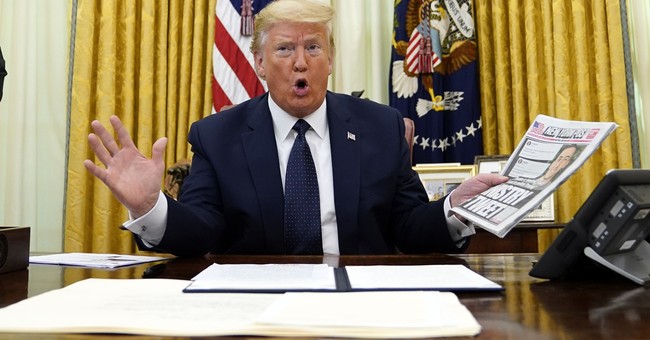 Cummings wrote Cipollone in February to notify him that “the committee had obtained new documents showing Passantino and Dillon “may have provided false information” when they were questioned by federal ethics officials about hush money payments paid to adult-film actress Stormy Daniels.”

Cummings is said to be growing increasingly frustrated with the lack of cooperation from White House officials. Most recently, he has been trying to obtain information about the security clearances of Trump’s top advisors. He threatened to “issue a subpoena if the White House didn’t comply with his request on security clearances following a report that Trump had personally intervened to secure a clearance for Kushner.”

According to CNN, a White House official confirmed that several committee members had reviewed those documents at the White House on Monday. The official told CNN:

The review was offered by Cipollone after he rejected Cummings’ request to review specific security clearance files. The official emphasized the staffers only reviewed internal documents and process documents — not any files of individuals.

Apparently, Cummings was not too pleased with the information provided to his committee and called the review “virtually useless.” He issued the following statement.

The Committee is bending over backwards to act in good faith, but the White House has refused to produce a single piece of paper or a single witness to date. The White House also withheld from the Committee the policies that were in place during the first year and a half of the Trump Administration-which even General John Kelly admitted was plagued with problems.

Good faith? Cummings says he is bending over backwards to act in good faith when the entire investigation was conceived in bad faith. This President has been investigated non-stop since his candidacy. Although Trump threatened to fire Robert Mueller, he never did. The White House furnished hundreds of thousands of documents to the special counsel. And now, because it’s apparent that Mueller has come up empty handed, House Democrats insist on conducting eight new investigations.

Mr. Cummings, this is a witch hunt on top of another witch hunt and America is watching. Your base stands behind you just as Trump’s base stands behind him. The folks that you might want to think about are the independents, the voters who decide elections. Try telling them about your “good faith.”