The former U.S. ambassador to Ukraine, Marie Yovanovitch, was recalled in May, two months ahead of schedule. On Friday, she testified before Congress in what was called a “transcribed interview.” She was not put under oath, however, if she were to make any false or misleading statements, “the same penalties would attach.” The session was closed to the public.

These media claims are based on her 10-page prepared opening statement, which can be viewed here.

She states that she was ousted from her position over “false and unfounded claims” and that the State Department was under pressure from President Trump to remove her. She wrote, “Although I understand that I served at the pleasure of the President, I was nevertheless incredulous that the U.S. government chose to remove an Ambassador based, as best as I can tell, on unfounded and false claims by people with clearly questionable motives.”

In her statement, she lists events that occurred both before and after her tenure.

Then, she addresses events that occurred during her tenure. She writes:

I want to categorically state that I have never myself or through others, directly or indirectly, ever directed, suggested, or in any other way asked for any government or government official in Ukraine (or elsewhere) to refrain from investigating or prosecuting actual corruption. As Mr. Lutsenko, the former Ukrainian Prosecutor General has recently acknowledged, the notion that I created or disseminated a “do not prosecute” list is completely false—a story that Mr. Lutsenko, himself, has since retracted.

This was news to me. In March, investigative reporter John Solomon interviewed Ukrainian Prosecutor General Yuriy Lutsenko. He told Solomon that there was tension in his relationship with most U.S. Embassy personnel. He said that, during the Obama era, Yovanovitch gave him a list of individuals “he would not be allowed to pursue and then refused to cooperate in an early investigation into the alleged misappropriation of U.S. aid in Ukraine.” This was the “do not prosecute” list which she refers to above. I have not heard that Lutsenko had retracted this allegation. In fact, Solomon referred to this only recently in a different article.

I searched for evidence that Lutsenko had retracted and finally found this in an ABC Go article.

Then, in a March interview with a conservative columnist at The Hill newspaper, Lutsenko offered a new explosive allegation against Yovanovitch: In their first meeting, Lutsenko alleged, the ambassador gave him a “do-not-prosecute list” — a list of Ukrainians that the Ukrainian government could not investigate.

Lutsenko also said he had opened an investigation into whether Ukrainian officials tried to help Hillary Clinton win the 2016 presidential election by leaking a series of financial documents linking Trump’s then-campaign chairman, Paul Manafort, to corrupt proceeds. Lutsenko has since retracted some of his previous statements, particularly his claims about Biden.

Nevertheless, despite questions about Lutsenko’s credibility, Trump posted the reporting to his Twitter account within hours of it being published.

Victoria Toensing, an outspoken Trump ally who has worked with Giuliani and Parnas, also posted the reporting to her Twitter page, writing, “The real collusion began in Ukraine. U.S. Ambassador Marie Yovanovitch.”

Five days later, the conservative columnist who published Lutsenko’s claims sent an email to Parnas and Toensing, forwarding them a preview of his upcoming report that would allege further political bias at the U.S. Embassy in Ukraine and offer new alleged details on the purported “do-not-prosecute list” that Lutsenko claimed Yovanovitch gave him.

The next day, the website Medium published a story by an unknown author named “Tony Sealy,” noting The Hill newspaper’s previous reporting and disclosing what it claimed was the purported “do-not-prosecute list.” But, according to internal emails described to ABC News, officials inside the U.S. Embassy in Ukraine almost immediately recognized it as “a totally manufactured, fake list” and a “classic disinfo play,” as one senior official wrote at the time.

“One key sign of it being fake is that most of the names are misspelled in English — we would never spell most that way,” a top diplomat at the embassy, George Kent, wrote. And the embassy could find no evidence that “Tony Sealy” even existed.

“This list appears to be an effort by Lutsenko to inoculate himself for why he did not pursue corrupt [former] associates and political allies,” Kent said, adding that Lutsenko wanted “to claim that the U.S. told him not to.”

Around the same time, Lutsenko indicated in an interview with a Russian-language news outlet that his initial account of Yovanovitch giving him a “do-not-prosecute list” was not accurate.

That explanation makes my head spin. They give us an approximate time, they don’t name the news outlet and they say only that his statement was not accurate. As Kent says, this is “complete poppycock.”

If Lutsenko had truly retracted his statement, we would have heard about it and not from a Russian-language news outlet. The truth is that many officials inside the U.S. Embassy in Kiev were corrupt. They were in the tank for Hillary and now they have to cover their tracks. And this includes then-embassy Charge d’ Affaires George Kent.

Solomon wrote an informative article in March which addresses Kent’s corruption. (It can be viewed here.)

Lutsenko provided Solomon with a copy of a letter from a U.S. official named George Kent, which can be viewed here, asking him “to stand down on the misappropriation-of-funds case.” The letter said, “We are gravely concerned about this investigation for which we see no basis.”

Solomon said that, several day later, “the State Department issued a statement declaring that it no longer financially supports Lutsenko’s office in its anti-corruption mission and considers his allegation about the do-not-prosecute list “an outright fabrication.”

In May 2018, then-House Rules Committee Chairman, Rep. Peter Sessions (R-TX) wrote a letter to Secretary of State Mike Pompeo asking him “to recall the current U.S. ambassador, alleging that she made disparaging statements about President Trump.” This letter can be viewed here.

Sessions wrote that Marie Yovanovich, the U.S. Ambassador to Ukraine, “has spoken privately and repeatedly about her disdain for the current administration in a way that might call for the [her] expulsion.”

Solomon says that Lutsenko and Kulyk have been trying for a year to present their evidence to officials at the Sessions/Rosenstein led DOJ, however, not a single official they’ve contacted has shone any interest in pursuing the claims.

The men then decided to travel to the U.S. to speak with new Attorney General William Barr directly about their findings.

However, their attempts to obtain visas have been thwarted repeatedly by U.S. Ambassador to Ukraine Marie Yovanovitch, a highly partisan Democrat. Kulyk told Solomon, “We were supposed to share this information during a working trip to the United States. However, the [U.S.] ambassador blocked us from obtaining a visa. She didn’t explicitly deny our visa, but also didn’t give it to us.”

Here are a few more of her disclaimers:

* Equally fictitious is the notion that I am disloyal to President Trump. I have heard the allegation in the media that I supposedly told the Embassy team to ignore the President’s orders “since he was going to be impeached.” That allegation is false. I have never said such a thing, to my Embassy colleagues or to anyone else.

* Next, the Obama administration did not ask me to help the Clinton campaign or harm the Trump campaign, nor would I have taken any such steps if they had.

* I have never met Hunter Biden, nor have I had any direct or indirect conversations with him. And although I have met former Vice President Biden several times over the course of our many years in government, neither he nor the previous Administration ever, directly or indirectly, raised the issue of either Burisma or Hunter Biden with me.

* With respect to Mayor Giuliani, I have had only minimal contacts with him—a total of three that I recall. None related to the events at issue. I do not know Mr. Giuliani’s motives for attacking me. But individuals who have been named in the press as contacts of Mr.Giuliani may well have believed that their personal financial ambitions were stymied by our anti-corruption policy in Ukraine.

* Finally, after being asked by the Department in early March to extend my tour until 2020, I was then abruptly told in late April to come back to Washington from Ukraine “on the next plane.” You will understandably want to ask why my posting ended so suddenly. I wanted to learn that too, and I tried to find out. I met with the Deputy Secretary of State,

Yovanovitch’s prepared statement didn’t move the needle one way or the other. Naturally, she denies all allegations of wrong doing. We didn’t really expect her to fess up to everything at this point.

Although Yovanovitch was a creature of the deep state, she wasn’t a major player. She, and many like her, were facilitators. And they were necessary. 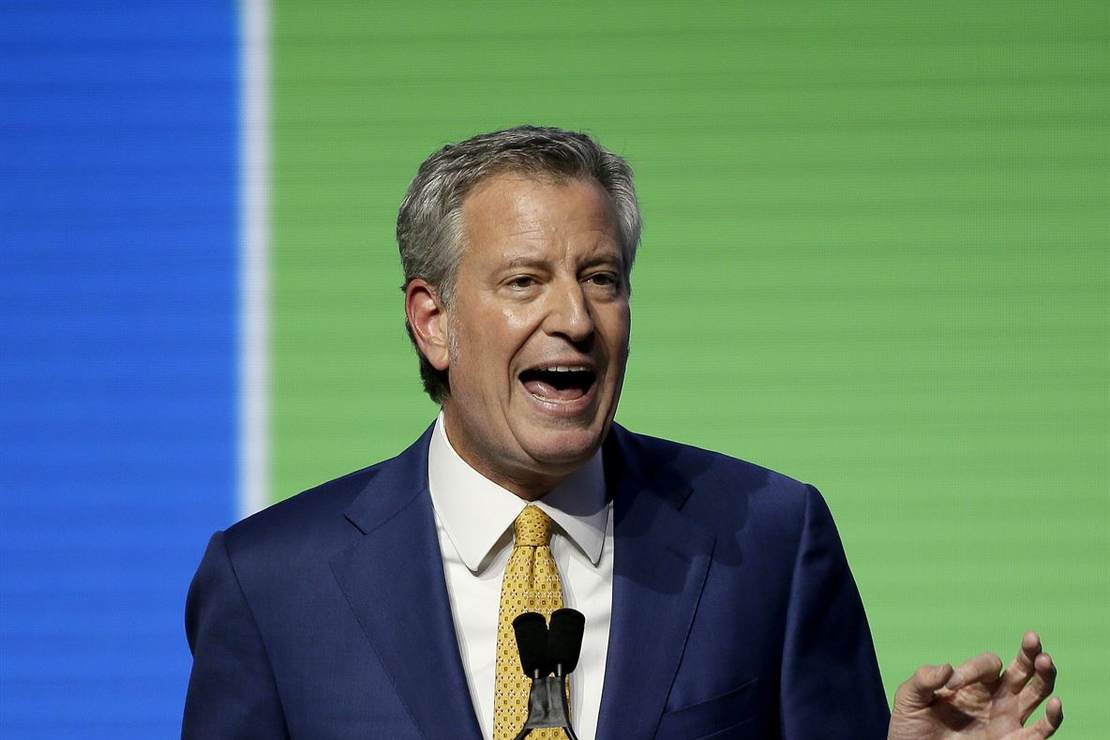