How Did the Bidens’ Corruption Become Trump’s Scandal?

Whenever a Republican gets close to discovering the truth about their corruption, like a rattlesnake who feels threatened, a Democrat’s immediate response is to strike. Within hours of the perceived danger, they will have launched a full-fledged smear campaign upon the investigator/finder. And Democrats, above all else, are always incredibly united in their efforts, something we don’t often see among Republicans.

Last week, when Attorney General William Barr and U.S. Attorney John Durham issued statements indicating their strong disagreement with DOJ Inspector General Michael Horowitz’ conclusions, Democrats, with an assist from their sycophants in the media, orchestrated malicious attacks on both.

In recent months, they have viciously tried to destroy the credibility of investigative journalist John Solomon and one of Trump’s personal lawyers, Rudy Giuliani. Solomon, who is extremely well-connected inside the U.S. intelligence community, is responsible for uncovering much of what we know today about the deep state’s efforts to destroy the Trump presidency. Up until this fall, Solomon enjoyed an impeccable reputation. As he came too close to the truth for the deep state’s comfort, however, he quickly became the target of a sustained media attack.

Long before Giuliani earned the title of “America’s Mayor” for his leadership in the aftermath of the 9/11 terror attacks, he was fighting corruption as the U.S. Attorney for the SDNY and later as the mayor of NYC. Giuliani drew national attention in the mid-1980s after “indicting 11 organized crime figures including the heads of New York’s so-called “Five Families.” Following the lengthy “Mafia Commission Trial,” Time magazine called this “Case of Cases” possibly “the most significant assault on the infrastructure of organized crime since the high command of the Chicago Mafia was swept away in 1943.”

The investigative work of both Solomon and Giuliani has revealed an alleged cover-up by Obama administration officials of information surrounding Hunter Biden’s business relationship with Ukrainian natural gas company, Burisma Holdings. Hunter Biden became a board member of the company shortly after his father, former Vice President Joe Biden began serving as the US “point man” for Ukraine. He was tasked with reducing the level of corruption inside of the Ukrainian government.

I won’t bore you with the details of Biden’s infamous threat to withhold U.S. aid until then-President Petro Poroshenko fired the prosecutor, Viktor Shokin, who was investigating Burisma because we could all recite the words in our sleep.

The Democrats’ crusade to discredit both Giuliani and Solomon became intense after they had allegedly found some pretty convincing evidence that Hunter Biden and his business partner were paid several million dollars in funds which had been laundered through Latvia and Cyprus. The media has called out Giuliani for his connections with corrupt Ukrainians and he has been labeled as a grifter. First, if one is seeking evidence of corruption, one must go where the corruption is. Giuliani spent quite a bit of time in Ukraine in late 2018 through the spring of 2019 and he returned from an evidence gathering trip to Kiev, Budapest and Vienna several weeks ago. Solomon relies more on his network of sources within the intelligence community. It is only natural that the two, both investigating the same case would share information.

In a Sunday twitter thread, Giuliani began to share information he had discovered on his trip. Solomon reported the story on Tuesday. Unsurprisingly, the mainstream media did not report on it. But if it’s true and both Giuliani and Solomon claim they have the evidence to prove it, it would make all the difference in the world.

I posted here on Monday about Giuliani’s interview with OANN’s Chanel Rion. An OANN crew accompanied him on his trip. I’ll include a segment from that post for those who missed it. Giuliani was discussing former Prosecutor General Viktor Shokin, who was fired by then-Ukrainian President Petro Poroshenko and he said:

(Inaudible) phone calls from the Vice President [Biden] to Poroshenko, from Poroshenko to Shokin, Poroshenko showing up in Shokin’s office and saying, ‘Biden’s putting pressure on me. You can’t go forward with Burisma. Can you slow it down?’ And, all of the sudden, Shokin gets this communique from Latvia that shows a $16 million dollar laundering transaction. Classic laundering transaction. Goes from Ukraine to Latvia, it’s disguised as a loan to another company, Wire Logic I believe. It then goes to Cyprus, gets disguised as another loan, this is called Digitech. Then it’s disbursed as payment of board fees. (Giuliani pauses to let that sink in.)

Now, $3 million gets to Hunter Biden that way. That is a straight out violation of a money laundering statute.

Rion shows a letter from February 2016 from the Prosecutor’s Office of the Republic of Latvia, Office for Prevention of Laundering of Proceeds Derived from Criminal Activity. (This is a copy of the same letter Solomon has.)

A highlighted section reads, “According to publicly available information, Burisma Holdings Limited and its director Hunter Biden are involved in a corruption affair.” Rion reads another part of the letter. Latvia traced $14.7 million…the funds were transferred back to the accounts of Devon Archer and Hunter Biden.

The video goes to a clip of Rion, Giuliani, and Shokin. Rion asked Shokin if he recognized the document. He said yes. “He said there were more such inquiries that made it impossible for him to justify shutting down the Burisma investigation. OANN also verified on camera what Shokin had stated in a stunning 12 page sworn affidavit to an Austrian court.”

President Poroshenko asked me to resign due to pressure from the US presidential administration, in particular from Joe Biden, who was the US Vice President. Biden was threatening to withhold $1 billion in US subsidies from Ukraine until I was removed from office…I was forced out because I was leading a wide-ranging corruption probe into Burisma. Joe Biden’s son was on the board of directors. I refused to close this investigation. Therefore, I was forced to leave under direct and intense pressure from Joe Biden and the US administration.

In a second video, Giuliani tells Rion and others on an OANN panel: “This is bribery at the highest level of government. This is the Vice President of the United States bribing the President of another country to force the President to do what he doesn’t want to do. And now Joe will tell us, ‘Oh, it wasn’t corrupt because I didn’t know about my son. I have ten ways to prove to you that he knew…”

This new development, if true, is huge. It offers a very compelling reason why Biden would be so desperate to stop Shokin’s investigation. He knows that once Shokin sees this transaction and makes a few inquiries, he would find exactly what Giuliani and Solomon have found.

Up until now, the story has been all about Hunter Biden landing a lucrative job with Burisma because the company wanted to buy access to the Obama administration’s point man in Ukraine. It didn’t look great that Biden was cashing in on his father’s name, but there was nothing illegal about it. This newly discovered transaction is a different story. As Giuliani said, “You don’t make two loans to pay board fees unless you’re laundering the money.”

If there is any justice in this world, both Bidens will be called to answer for this. And make no mistake, this is a game changer.

Okay, so why did the Biden’s corruption turn into an impeachment scandal for President Trump? Because they are masters of the art of deception.

Listen to some of the following spin from Tuesday.

AOC told supporters that “any election they [Republicans] lose is illegitimate.” Uh, really?

Ex-FBI lawyer tells Rachel Maddow, “There is no one on this set of facts who has any experience in counterintelligence who would not have made the exact decision. This is a question about whether Russia is working with a United States person to interfere in our election. We were obligated to find out whether that was true or not. We were extraordinarily careful not to do anything that would allow disinformation to get out before we knew what we had.”

Then, there was Rep. Alycee Hastings who told colleagues, “What we have here is a corrupt President who wanted to do something to advance his political circumstances…” This is the same Alycee Hastings who was impeached as a federal judge in the 1980’s for bribery and perjury.

And Adam Schiff is already laying the groundwork for the Democratic strategy after President Trump wins reelection next November.

Republicans have to find a way to stop this cycle.

‘Award-Winning Journalist’ Calls Police on Target Manager for Refusing to Sell Electric Toothbrush for a Penny; But There’s a Happy Ending 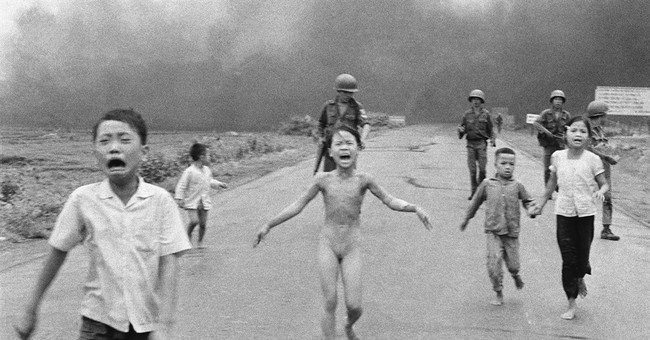