Barack Obama is not a stupid man. One does not win the Presidency twice by being stupid. Looking at all of his foreign policy and national security blunders and pronouncements, I think there is only one rationale way to explain his foreign and national security policy without relying on him being stupid. Barack Obama has decided the best way to make the world a safer place is to make America a less safe place. If we must be worried about the shadows and random dictatorships with nukes, we will be less bold in pursuing our own interests. To Barack Obama that’s a good thing.

It is a good thing we live in the United States of America — a prosperous and stable republic and representative democracy where the military respects civilian rule and most of Washington, regardless of party, looks out for our soldiers, sailors, and marines in harm’s way.

Given the Berg man of Afghanistan and the Veterans Administration scandal, were we not a stable, healthy country, I would be expecting prognostications about coups from the military. Barack Obama may like to play Billy Bad Ass and remind us all of him personally putting the bullet in Osama Bin Laden’s head, but behind the scenes it seems clear he only views our troops as political pawns for his own political advancement.

He freed five terrorists from GTMO to deflect from the V.A. scandal and now it turns out the terrorists were exchanged for a soldier who deserted his platoon and, according to his colleagues, might have tried to collaborate with the terrorists.

But there is more. We know for certain that Barack Obama violated the law in making the trade for Bergdahl. He failed to notify the Congress. But here is the thing we on the right must be mindful of — he did so intentionally as a 2014 gambit.

As I have said repeatedly, the only way Barack Obama thinks he can mitigate the damage coming in November is to inflame his base, particularly black voters. Having Republicans start beating the drums for impeachment does exactly that.

There are not the votes for impeachment and Harry Reid has swallowed his integrity quicker than a toothless whore at Mardi Gras. He will nod and do whatever the President demands, intellectual integrity be damned. Objectively, this act could be on a list of impeachable offenses. But there are not enough votes. There is no desire by the GOP in Washington to do it. And it will not happen.

Republicans who beat the drum for impeachment are only playing to the Democrats’ hand.

Instead, ride the storm, highlight the offense, and after we have the Senate and House recreate the Iran-Contra hearings. Remind the Democrats of Congress’s power of oversight. There will not be, even if the GOP wins in November, enough votes to convict the President in an impeachment trial. But by God we can restore the military’s faith in civilian rule and uncover exactly why this President seems so intent to treat terrorists in Afghanistan better than conservatives in America. Molly’s Game: Lessons On Ethics For Entrepreneurs From Underground Poker

Drew Holden comes up with plenty of examples of CNN 'filling your evenings with terror,' just like Fox News 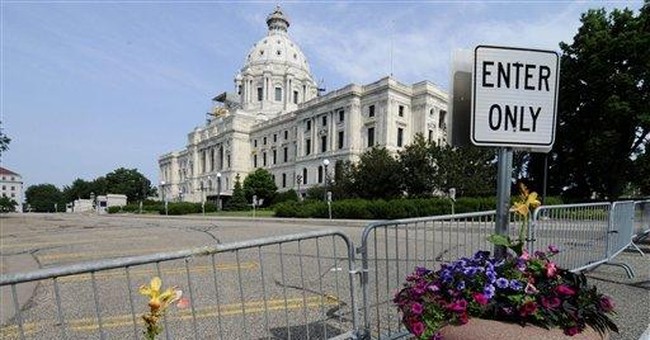