Can We Stop Pretending Trump’s Dismissal of U.S. Attorneys Is A Scandal?

Donald Trump got rid of 46 United States Attorneys, and the media is acting as if the world is on fire. They are trying to create a scandal where none exists. If you notice, reporters will not say Trump did anything illegal or unethical. They persist in pretending something is wrong because let’s face it, it’s Donald Trump.

Given @PreetBharara's investigative portfolio, it's fair to ask whether someone called in a favor to get him fired. More Qs for the WH.

Glenn is talking about the firing of US Attorney Preet Bharara. The supposed “scandal” here is Donald Trump after being elected, asked Bharara to stay on in his role. Something changed. President Trump asked Bharara for his resignation. When he refused, Trump terminated him. 45 others were fired or asked to resign immediately.

Some reporters believe this is not business-as-usual, and are trying to make it a scandal, just as Kessler did. I happened to a do a search for when President Obama got rid of GWB holdovers for his attorneys, and I found two very different headlines, written by the same reporter for Politico, Josh Gerstein. I tweeted out screen shots:

So when Donald Trump is cleaning house of political appointees of people who serve at his pleasure, he “ousts” them whereas the benevolent Barack Obama merely “replaces” people. As you can see, the tweet was pretty popular. Some people started tagging Gerstein on Twitter, and he sneered at me with this reply:

Gee Josh, thanks for assuming that I didn’t read each of the stories because I did. Josh should be reminded the situations don’t have to “parallel” for him to wrote similar headlines. The fact is, Gerstein, engaged in the worst type of media bias, which is subtle. I don’t like the phrase “liberal media.” It sounds conspiratorial and allows journalists to free themselves from having to explain their reporting. Subtle biases are more influencing than something overt. For example, reporters will say, “anti-abortion” or “opposed to reproductive rights” instead of saying “pro-life.”

This is why Gerstein’s use of the word “ousts” is not an example of reporting, but an example of editorializing. To “oust” a person is to “drive out” or “expel” someone from a position. This is not possible when the individuals in question are political appointees. Andrew McCarthy from National Review, explains:

It is only natural, then, that a president will want his power wielded by his own appointees, whom he trusts to carry out his policy program. And it thus follows that, when there is a transition between administrations that see the world, and the Justice Department’s role in it, as differently as the Obama and Trump administrations, there will be sweeping turnover, carried out rapidly.

This practice goes back to 1993 when then-President Bill Clinton and his Attorney General Janet Reno asked for the immediate resignation of 93 U.S. attorneys, including one named Jeff Sessions. There is no indication the men and women, appointed by George H.W. Bush, did sub-par work. It was merely a new administration, shaping the government to conform to their policy agenda.

If Trump is accused of anything, it’s that he carried out these dismissals haphazardly. That would not be a first for the Trump administration.

From what we have witnessed early on, the Trump administration will not go without its fair share of scandals. Don’t make one up. Enough of Dem Lies About the Virus: We Would Have Been Far Worse off If Biden Had Been in Charge 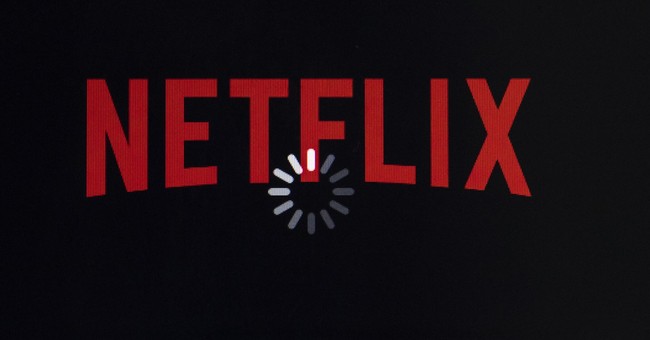 It's literally coming from inside the House: Legislative director for Oregon's House Speaker (D) arrested at Antifa riot in Portland [pic]