On Behalf of My Fellow CA-25 Constituents, I Apologize For My Boorish Neighbors

Like many GOP representatives who represent districts targeted by Democrats, California Rep. Steve Knight has been the target of loud protests over the last few months. Groups regularly stage protests at his district offices, and have even tried to harass him at home (but had the wrong address).

Rep. Knight has held a couple of town hall meetings already this year, and on Thursday held one in Santa Clarita, in the northern part of Los Angeles County. At each meeting the organized “resistance” crowds have been loud, unruly, and generally rude, but their performance Thursday set a new low.

This video from the town hall held in April in Simi Valley sets the tone.

At the Santa Clarita town hall, though, even Politico noted the rudeness of the protesters.

He was regularly mocked, jeered and interrupted by a crowd that seemed unsatisfied with his answers.

“I am not some undeserving ne’er-do-well leaching off society in your district,” said one who railed about the so-called American Health Care Act (AHCA). “Neither is my husband and neither are the… constituents — Republicans, Democrats, conservatives, progressive, liberals, independents — whom your legislation, and your vote for it, slapped in the face!”

Any questions or comments by attendees that didn’t fit the script that “Indivisible” set for the meeting were dealt with harshly.

The audience similarly targeted a conservative woman who asked Knight to commit to voting to defund Planned Parenthood, which sent the crowd studded with hats, t-shirts and signs supporting the organization into a frenzy.

Knight seemed increasingly annoyed as the evening went on, imploring at one point: “Let’s have a little bit of decorum here?”

I watched much of the live feed yesterday, and during almost every response Knight was interrupted or booed. One attendee lamented the lack of respect and dignity in the room: 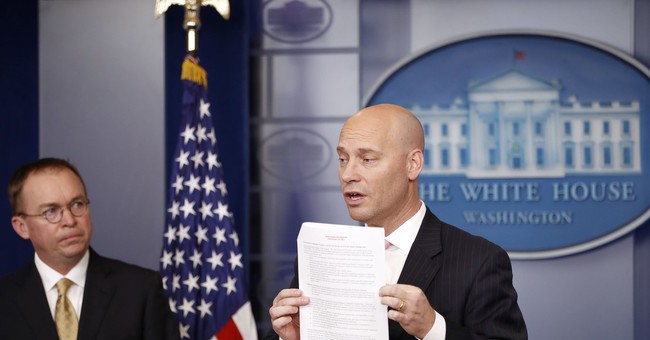 I Know What You’re Thinking: How Is It That Government Agencies Come to Have Instruction on “Critical Race Theory”?

She said, in part:

“I attended a Town Hall last evening hosted by our Congressman. While this was not my first Town Hall, I must say I was truly embarrassed. To the folks that came out to seek information, ask thoughtful questions and participate in the democratic process, I commend you. It appeared, however, that most attendees were there only to disrupt, disrespect, and disparage.”

Some even went so far as to call Knight a crybaby.

And after he was again interrupted mid-sentence halfway through the night, Knight paused his answer to lecture the crowd: “It is difficult: You lose your train of thought when somebody just yells at (you).”

Members of the crowd were unsympathetic: “Aww!” they mocked as if to say, “poor baby!” — some jutting out their bottom lips in a pretend pouty face.

At the end of this news clip, a woman says she doesn’t feel like he answered her questions and that she “just wants answers.”

There is continual “debate” (in air quotes) about the AHCA in our community forums, and there is one constant theme. No matter what the original post or news article says, within about four comments the “resistance” crowd is calling names, making personal accusations, or otherwise harassing anyone who doesn’t agree with them. They ask for facts, but they really only want a “fact” they agree with.

Witness for yourself (you can click on the photo and read the thread, if you feel like banging your head against a wall):

These “concerned citizens” will swear until they’re blue in the face that all they want is a rational discussion, a rational debate, or answers to their questions. They are liars and bullies.